That Boy is My Heart

Clark is my heart, Liz is my conscience, and Suz is my soul

Oh, the exquisite pain of motherhood…the love so deep that even the passing thought of something marring the perfection of our child’s life feels like the squeeze of a garlic press to our maternal hearts. We want to give them an easy time in life, to prevent the boo-boo’s, not just kiss them away. I feel this way for each of my kids.

But one is special – I can’t pretend otherwise. My 15-year old son Clark is ADHD. And that boy is my heart.

For those of you that are parents of young neuro-atypical kids, some of your most raw moments are yet to come. I don’t say that to minimize the challenges you have already faced, and there are many in the early years. But the middle school years, oh my, the middle school years, those are the ones that bring a mama to her knees, at least from my experience.

Some of you may read my blog, Road to Joy, and, if you do, you know that I write fiction and humorous narrative nonfiction. Clark is the subject of my funniest pieces – he is an endless source of hilarity. If you want funny, click on “How to Screw Up Your Kids” and then “The Clark Kent Chronicles,” and read some of his exploits. Today, I am skipping “funny” and getting to the heart of the matter.

I thought it sucked when I was in middle school, and I am not only neuro-typical, but I excelled in almost every way imaginable, so I don’t know how it could have been any easier for me. Yet it still sucked. Kids at this age go through so many hormonal changes and self-doubts. Social interactions take on a whole new level of importance. Peer relationships are everything. Young boys begin to mature, physically and emotionally, albeit more slowly than the girls. They become braver, bigger, stronger, and rougher on each other.

My neuro-atypical sweetheart of a son hit middle school like it was a brick wall. His slightly “off” behaviors – which his family “gets” and loves – combined with his random outbursts and seeming-emotional insensitivity pushed peers away. He had very few real relationships outside the family, despite our determined facilitation, which, after a while, felt like forcing him to endure waterboarding torture. The insensitivity others saw is not unusual for a neuro-atypical child. Those subtle cues about the things that are OK and not OK to say and do whiz right past the ADHD, the Asperger’s Syndrome (Clark’s co-morbid), and the Autistic kids. Clark missed those cues just like he missed cues on homework and chores.

Clark loves football, theoretically. Seriously, he is a student of the game, a strategist, a potential coach someday. But playing football? He tried. It turned out to be impossible for him in middle school. So did lacrosse. His teammates had become more focused and aggressive. Focus? Physical aggression? Ummmm, I don’t think so! Not with my ADHD middle school son. Clark would stand in the middle of the action, in awe, watching it all from the best seat in the house.

And as the other kids became more daring, Clark stayed mired in his unexplainable fears. His fears were so large that he couldn’t express them – only the size of his pupils let us know he was not just being stubborn, he was terrified. Roller coasters? Not on your life. Snowboarding? Nope. Skateboarding? Didn’t work out so well.  Did it involve loud noises?  Uh uh.  You get the picture. The list is long. All the “boy” stuff.

So what did he want to do? He wanted to retreat into his fantasy world, he wanted to be on the computer. He had “friends” there to play games with. He could succeed at his games. He was the hero. He was the warrior. Total immersion was his goal.

We stayed the course with the various treatments our providers were recommending – I’m not going to blog on that today – and we made it through. Life at 15 is far better than life at 13. It may have taken a few years off my life though, all those clenches on my heart by the garlic press. I shredded, I healed, I shredded again. I am a mom; I can take it.

Why do I share this with you all, now? I think foreknowledge of challenges empowers us to face them, for one. For another, I want you all to know that it does get better. Maturity does help. New challenges pop up, like, oh my gosh, how can I ever let this child drive a car, how can I put him and others at that risk knowing how many “signals” he misses? Or … how can I trust him not to medicate with drugs and alcohol, when they may make him feel like all his sharp edges are softly, wonderfully rounded off? Or how can I keep him from killing himself in some crazy accident even I can’t predict when he impulsively tries something that the rest of us would know was insane, yet seems logical to him? Ugh.

Yet, ADHD kids grow up and become happy and successful people. I know many of them. I hear from many of them. Clark will. Your kids will. And, sometimes it will hurt like hell, but you will survive, too. 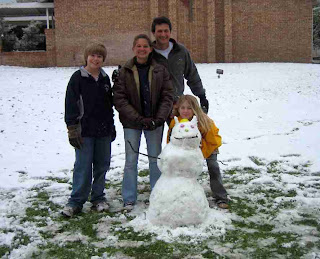 Hang in there, Mom. Middle school will come, and it will pass. Hug that special child tight and know that one of the blessings God has given him or her to balance the challenges they face is a resilience the likes of which most of us will never know.  Sometimes living in the moment with no memory of past hurts or appreciation of future ones ain’t so bad.
With empathy and love,
Pamelot
Please follow and like us: