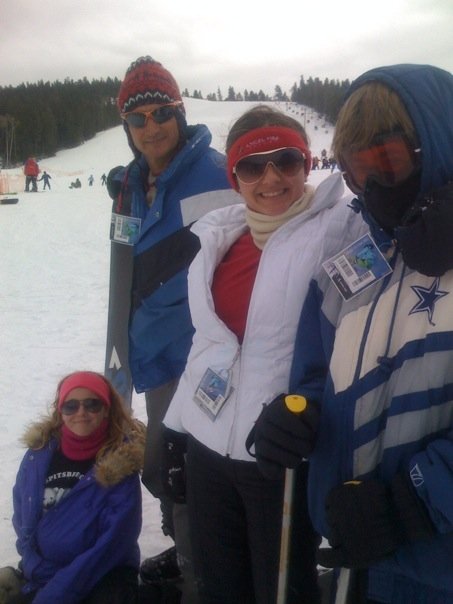 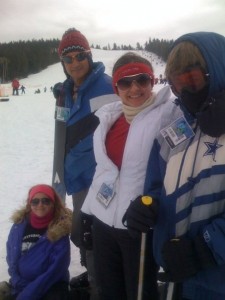 Some things have to come first: Suz, Eric, Liz, and Clark.

I made a decision a few years ago that changed my life.

For the better. Forever.

The catalyst? My son, Clark Kent, the ADHD WonderKid[1], at the age of eight, told his teacher that he was worried about his mother.

Now, see, I’ve gone and made myself cry already when I’d barely started writing this story! Sheesh. I hate it when I do that.

Anyway, Clark’s words stopped me cold. I knew what he meant. I knew I drank too many Bloody Marys and too often, and that it had started years and years before. I knew my face had puffed up, that I woke up hungover over-frequently, that I cut out of work early to drink wine with my girlfriends, that I acted awful when I was drunk, that I no longer exercised. I knew that a hungover me lacked the bandwidth to deal effectively with my kids’ issues, let alone Clark’s distressing behaviors and challenges. I knew that and a lot more.

But all that was about me, and I didn’t care enough about me to do anything about it. I tried, sure, I tried cutting back any number of times. For all the good it did. But for Clark or my other kids, I would do almost anything.

So I told my boss I would see him in ten days. He didn’t ask why, which said a lot. I boarded a plane for St. Lucia and I checked into a mind and body spa. I planned a week of rejuvenation while I dried out. I’m not a joiner; I wish I was, but I’m not. AA was not for me. So, St. Lucia, solo.

So what did I really do when I got there?

Got drunk in my room on everything I could find in the mini-bar, all by myself in a panicked, sobbing frenzy on night one. So drunk that I woke up the next morning and didn’t remember falling asleep in the bathtub with the TV on. Congratulations, Pamela. You go, girl.

I didn’t think I could get lower than I had been after I heard Clark’s words from his teacher’s mouth, but I did. The morning after the last time I drank alcohol was the lowest point of my life, even beating out my later divorce, the bloody aftermath, and the custody battle that ensued. I despised myself. Not for the first time, I wished I were selfish enough to kill myself. It seemed like that would be so much easier.

For me. But this was not about me. It was about my kids.

So, I picked myself up and put on my too-tight stretchy exercise clothes that used to fit and marched with gritted teeth up 7,000 steps in the heat to the mind and body center. I spent the remaining six days (instead of the planned seven) alone in my mind. My version of Elizabeth Gilbert’s year of eating, praying, and loving, I guess. I sweated. I cried. I replayed Clark’s words and my failures over and over in my mind. I felt like absolute crap. I walked the beaches until my feet were as smooth as a baby’s bottom. And then I came home dry.

It was hard. So very, very hard.

My husband drank quite a lot at the time, and he didn’t slow down for me. The bad marriage I had drowned in booze was impossible to tolerate without anesthetic and contributed to my urge to drink. Most of my friends were heavy drinkers, too, and they viewed my decision to stop drinking as a personal indictment of their choices.

Who was this about, anyway? Right. My kids. I kept going.

I counted the days out painfully, one by one. I again rejected the idea of AA, not only because of my anti-joiner bent, but out of fear of the impact it would have on my high-profile career in our small community. I did it alone, with only one real friend who was aware and still with me (thanks, Nat!), in the middle of the Cruzan Rum-rich island environment of St. Croix, USVI.

Years later, three months had passed. Alcohol abstinence started getting easier—not a lot easier, but easier. And I felt better, I looked better. I lost weight. I acted nicer. I became more energetic and productive, crisper. I started running again.

And Clark quit worrying about me. (Tiny little sob again, but I’ve got it under control now, no worries.)

I am now married to a man who gave up alcohol on our first date. The same date on which he told me I stopped his heart. Eric wasted (pardon the pun) no time in showing me he meant to be my hero, and he is, for more by far than putting up with me writing about his Ironman underwear. (Woops, sorry, honey.)

People ask me how I do it all. I don’t know. But I do know that a drunken Pamela could not have run five marathons and written two novels in one year while parenting and holding down a day job, even with the world’s greatest husband.

And it’s not just productivity that the alcohol drained away from me. I have more money for what I need to do as well. I refuse to tally how much I’ve saved by cutting out booze—it would be too depressing. But I am so grateful that when hard times came to our household and I needed to watch every penny, I wasn’t battling myself for the money to spend on wine at World Market.

I know alcohol doesn’t affect most people the way it does me. Most people can drink in moderation and still thrive, achieve, and parent. I am happy for them, and envious. My non-drinking is not a judgment of what I think others should do, it is what I must do.

I’d love to say that after this many years dry that I never think about drinking, but that is not true. Sometimes I wake up with the sweats, dreaming that I have fallen off the wagon. In those dark moments in the middle of the night, I long to search the house for a bottle of comfort. Every time I travel, the urge strikes, because I used to drink alone in hotel rooms. Now, instead, I sit awake all night, writing to distract myself and praying for the day I never travel alone again.

I don’t want to waste another day or night of my life. I want to be the best me I can be 24/7, for my kids, my husband, and finally, for myself. I know only one way to do this, so I will stay true. One day at a time. One year at a time. For the rest of my life.

[1] You can read all about Clark and ADHD in The Clark Kent Chronicles.