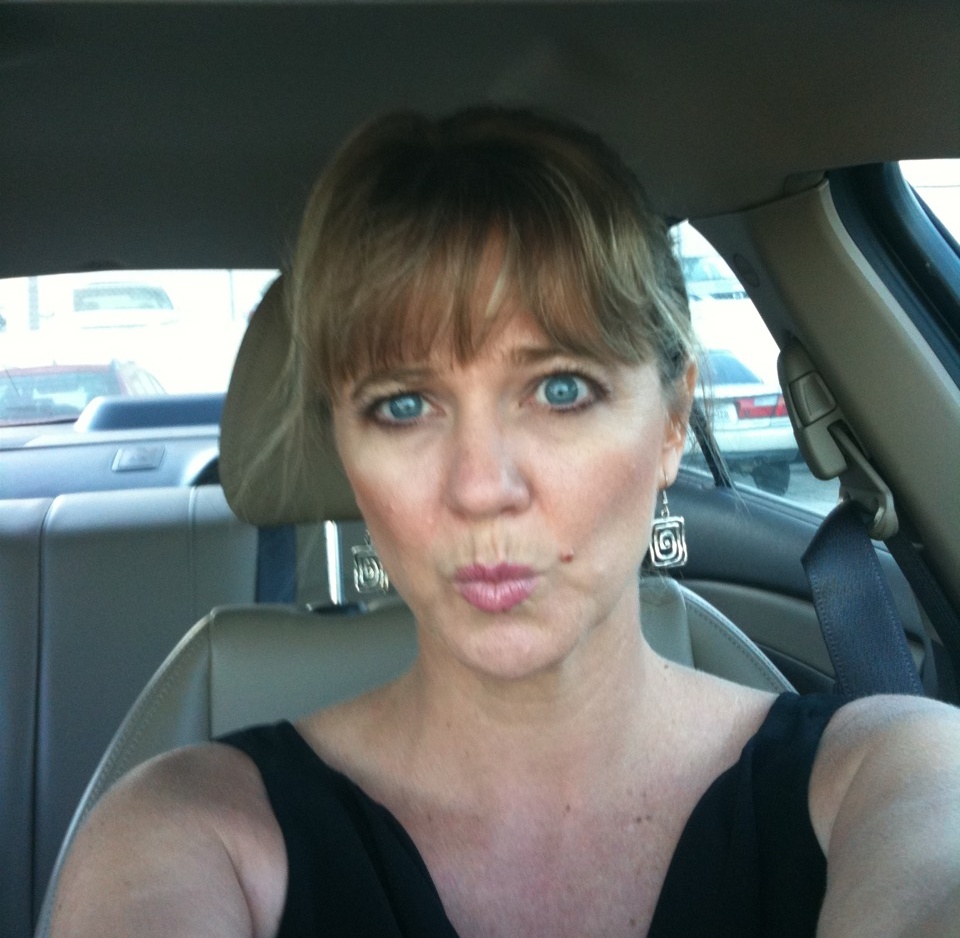 Remember that contest I told you guys about?  They announced the winners.

Yeah, I totally wish I’d entered Going for Kona, too, now, but it is undergoing rewrites, bummer.   It was my night.

Blowing Eric a long distance kiss right before I entered the reception. I look sleepy and stressed! 🙂

They should have both been in Mainstream, because Leaving Annalise is not a Romance, but I didn’t want them to compete against each other.  Conceding Grace is the sequel to Leaving Annalise.  Got the scores back and 3 of 4 judges scored the 2 manuscripts 150 out of 150 (except I got 1 point off in each for having my name in the header — so,I can’t follow directions?  is that a problem?? and of course that means the scores were 149, but only because I can’t follow directions, so I won’t follow them here either, and I’m going with the substantive version of the score), and 1 judge scored L.A. 129…I like those scores, especially the high ones.

Besides, Leaving Annalise has already had her win; I rewrote Leaving Annalise this summer after a different excerpt of the earlier version won first place in the Romance Category for the 2010 MS Contest with the Writers’ League of Texas.

Big thanks to Christina Uticone aka Snowcones (former guest blogger on this site for Saying Yes and Saying No) for going as my date/life support system.  Because of her, I did not spend the night hiding in the bathroom/hallway/car.

Best part of the conference, as always: meeting other writers.  Nikki Loftin, Samantha Clark, An Duong, Rebecca Nolen, Chris Rogers, June Faver.  Awesome.  Also, great session by Elizabeth Pomada and Michael Larsen.  Nikki  — represented by Suzie Townsend — has traded some chapters with me, and her critiques have rocked.  So did her chapters.  I’m very much looking forward to seeing her books (and greeting cards) in print.  Many thanks to Roger Paulding et al for putting on the shindig, and to Roger especially for inviting me to help him entertain the visiting agents at dinner.

Oh, and about agents? I would like one, please.  Please, God, send me an agent.  Or let one of the four that are evaluating Leaving Annalise call soon.  Either option works for me.

I am very pleased.  Unfortunately, I celebrated on Facebook/Twitter/blog, home alone.  All my kids were elsewhere, and my husband was in India.  Anyone in Houston want to take me out for a celebratory ice cream sundae? 🙁