Can we conference, please? 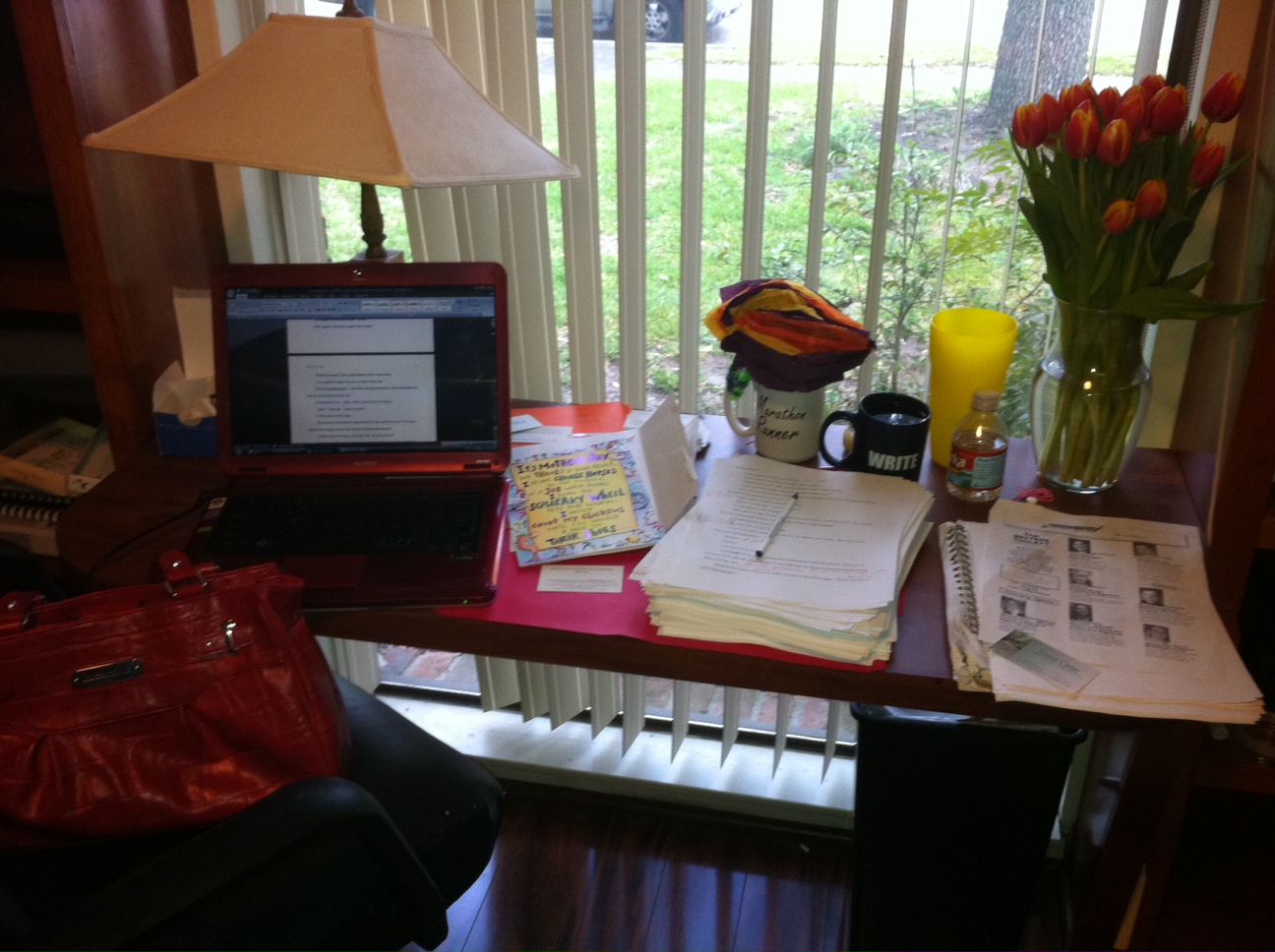 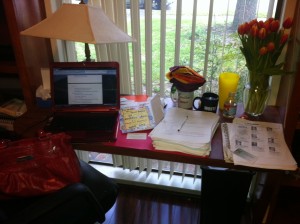 The Houston Writers’ Guild‘s annual conference this weekend was awesome.

They attracted a larger-than-in-years-past, and, imho, very high caliber agent panel, too.  My personal faves were Christine Witthohn of Book Cents (intense, analytical, and easy to talk to) and Josh Getzler (loves his job, and it shows), but I was impressed with every one I met.  I loved loved loved Chuck Sambuchino’s energetic speech on How to Get Published, and I really enjoyed the back and forth between Josh and Ben LeRoy as they delivered a somewhat off-the-cuff speech on the state of the industry.  Congratulations to Ben LeRoy who just sold his publishing company Tyrus Books to F+W Media, too.

The best advice I received during the conference came from Katharine Sands’ pitch workshop, and I took it to heart for my four pitch sessions.  The advice?  Lean in and gossip!  Talk to the agent like you are telling him the juiciest tidbit ever, in a way that makes them dying to know what happened.  Place, Person, Pivotal Action, shown not told, and leaving them saying “and then what?”  It resonated with me.

So, how did the agent pitch sessions go?  My friends did well.  We all got manuscript requests, which is great.  This is the first conference I’ve been to that leaned so heavily toward requesting “fulls,” and isn’t the goal of spending money and attending a conference, after all, making a personal connection with a a live agent who may actually look at your work instead of deleting your query letter?

I pitched Conceding Grace on a whim even though I had prepped to pitch Going for Kona.  Kona is my favorite book I’ve written, but I need to strengthen it further before it is ready to pitch again, and I’m starting to get a feel for how I will do that, so I want to hold it back until I’m done updating it.  And I was just feeling it with Grace.  So, anyhoo, I am sending out the full Grace  manuscript to two agents, one of whom gave me their personal cell phone number as I was walking out and threatened to break every bone in my body if I gave it to anyone else.  Which I won’t.  Although now that I have it, I don’t exactly know what to do with it.  🙂 Two other agents asked for the first three chapters of all of my books, even though I was careful not to pitch Leaving Annalise, because I have had an exciting idea that will come to fruition beginning in June.  What, you ask, is that exciting idea?  Well…Annalise will become two books: 1) something like “Discovering Katie” and 2) Leaving Annalise.  Stay tuned.

I spent eight hours yesterday on my 2nd edit of Grace with my biggest fan, first reader, and eagle-eyed editor Eric (oh he of the froggy fame) taking pages for his edit the moment I finished mine.  We made it halfway through.  The easy half.  Betas, expect a manuscript by 11:59 p.m. Tuesday night, and I’ll be asking for a quick turnaround.  I promised the manuscript to the agents by May 23rd.

The conference features a manuscript contest.  My manuscript for Conceding Grace was “a winner,” although RATS it finished as honorable mention and didn’t net me a check.  In the top six, only two of us were actually from Houston.  The prize money was $1000 for first place, so HWG drew a much larger entry pool than normal.  Which is awesome.  I am happy to have made it to the winner’s circle at all.

I adored seeing my friends Nikki Loftin (watch for The Sinister Sweetness of Splendid Academy in a year from Razorbill/Penguin — middle grade but will appeal to much broader audience), Rebecca Nolen (mystery, and middle grade), and Nancy Clements (women’s fiction).  I met wonderful new people as well, like Diane Holmes of Pitch University and her “minion” Brenda (nonfiction), Vonna Carter (middle grade), and many more!  If I didn’t list you, comment and leave your name.  And, writers, getcha some cards, pass ’em out.  Your co-horts WANT to remember you.

The big news of the weekend: I made it through the whole morning without a Shipley’s doughnut then cratered at lunch and had chips and two cookies.  I think the little fat places behind my knees are coming back (inside joke for the Kona beta team).  Ugh, must control caloric (“white food”) intake and increase through exercise my caloric output.

That’s all the news I know for new, friends.

p.s. As of midnight Sunday 5-8-11, Eric and I finished 2nd edit.  Let #3 begin, as I incorporate my notes and handwritten edits electronically while editing again!