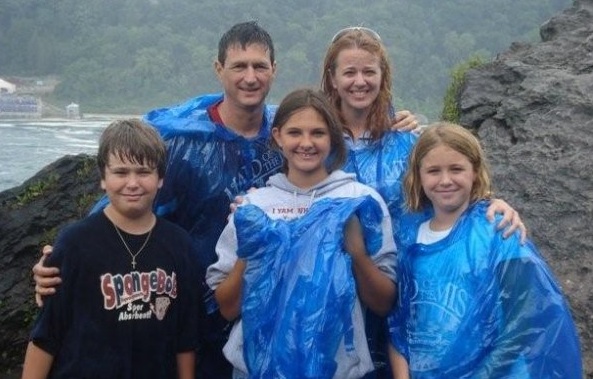 In memoriam: Eugene Hutchins, 1931-2011. For photos of Gene visit www.eugene.hutchins.se 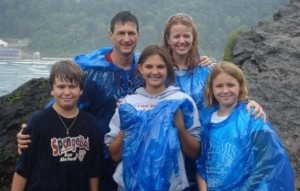 Nearly 40 years ago, a remarkable family came upon a remarkable lake in northwest Maine called Mooselookmeguntic. Legend has it that the lake was named for an Indian who rattled that string of syllables while describing his near death experience with a moose and a misfiring gun. The Hutchins(es) were driving their camper inland from the coast of Maine with no particular destination when they came upon the beautiful area of “Mooselook,” near Oquossoc (which is near Rangeley, which is near practically nothing). They saw signs advertising lakefront lots for sale – only $700 – and before you knew it the Cruzan clan had themselves a steep, rocky, heavily forested piece of usually-frozen heaven.

All was nearly lost, however, when Gene drove the pickup/camper over a rain-swollen stream on a bridge made only of logs laid lengthwise, against the advice of his bride. The tires sank down between the logs and got stuck when they were only halfway across. Hours of rain, mosquitoes, and wedging of boards under tires raised on a jack later, Dad had creatively “saved the day.”

Over the course of the next few summers, Gene and Sue would bring their boys up to Maine where they would camp in a flat area across the street from their lot while they worked on the house. Gene was a builder, and sometimes work would take him back to St. Croix, leaving Mom with 3 young and boisterous boys for weeks on end. They roughed it alone in a tent and a station wagon, moose and bear around their campsite, mosquitoes the size of their heads, and cold, cold rain nearly every day. On one such occasion she kept a written list of all their transgressions, including the oft-repeated line she wrote about one of her sons’ misbehaviors: “blowing his nose without the aid of a handkerchief!” It may or may not have been on the list, but Mom also vividly remembers geckos coming to Maine and getting loose on the plane; those that made it didn’t last long, and the familiar sight from St. Croix of lizard skeletons became a part of the Maine landscape as well.

Eric describes the excitement they all felt when the time came to erect the A-frame. Gene enlisted the help of his wife and sons, employing ropes around people and trees as they set up the supports (without killing any small children). There were many mishaps, but none critical. A house was built, and then came the gravy years.

What could be a better life than winters in St. Croix and summers in Maine? Miniature golf courses built through the forest…fishing and water skiing…picnicking on Blueberry Island…clandestine body surfing at Upper Dam…walking home in the dark from dinners with lifelong friends? An overly-sure-of-himself neighbor nearly hydroplaning into the dock…and later waterskiing a little TOO far onto the beach and catapulting himself over his audience and their bonfire…accidentally towing a boat trailer several miles underwater behind their boat (very, very slowly)…saving-up all summer to spend your hoarded dollars at the local auction, only to discover you bought left instead of right-handed golf clubs….lifting weights made of logs, like the Flintstones…

Can you imagine the sense of adventure and incredible courage it took to buy and build this place?  It takes my breath away.  What about you?  Would you have ever bought a rugged, steep lot in the wilds of Maine and lived in a tent to build your own summer house on it?  A house that stands proudly today, proclaiming, “Gene was here.”

I’d love to hear your stories of adventures with Gene.