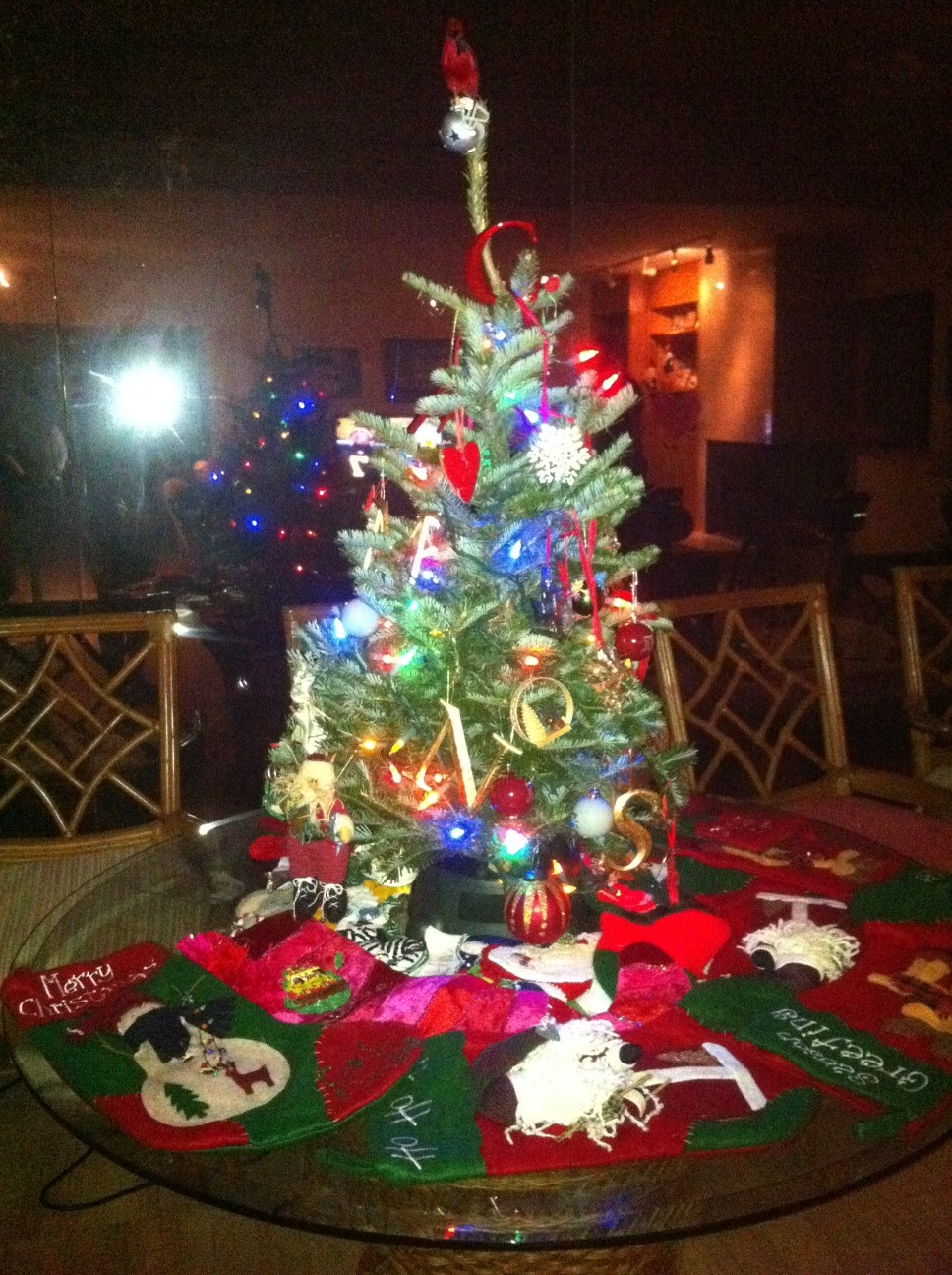 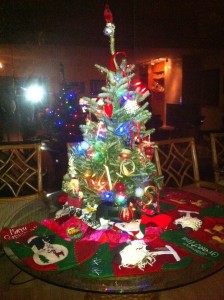 Click to enlarge, use “back” to return: Note the AZ Cardinal atop the Dallas Cowboy inverted helmet. Eric said the Cardinal is using the helmet as a toilet. Because his team lost the annual match-up, Clark is staying mum (but his face is purple).

It’s time for the Hutchins-Jackson Household Year Five (which is our sixth year, because we started counting at Year Zero, duh) Holiday Letter.  TRY to control your excitement: no unseemly fist pumps or whoops of joy are necessary.

In an effort to spare those of you who hate Holiday Letters the pain of reading this one, let me sum it up for you: none of our kids is or has made someone pregnant, no one is in jail, and I haven’t killed anyone, although I’ve considered it. Eric hasn’t left me, even now that I am going through early menopause and on 14-day cycles that leave me alternating continuously these last few months between raging PMS and iron-deficient exhaustion and weepiness.

If you are still sick enough to keep reading after that intro, I can’t save you from the pain of the “Most Boring and Pathetic Holiday Letter ever.”  If you’d prefer to relive Christmases past, try this one:  2010.

So, let’s see, what shall I inflict you with?  I think the easiest way to ‘splain is to use categorization.  I love me some good categorization, and some bullet points.

On a much more serious note, Eric lost his father. Read about or leave a tribute for the wonderful Gene at www.eugene.hutchins.se.

So, that’s about it, people.  Us, it’s all about us.  We made it through another year, together.

And, despite my current menopausal pissiness, I must admit…it really was awesome, and I am the most blessed woman on the planet. Or I will admit it again when I’m through this hormonal invasion.  Until then, approach with caution but no eye contact.  Better yet, stay safely far, far away.  Or at least outside my throwing distance.

p.s. Congratulations to Ann Brennan, the winner of a free, signed, crappily gift-wrapped copy with shipping included of Easy to Love But Hard to Raise.  Read her winning comment (and she got some of the bonus points, too, thanks Ann!).

p.p.s.  Here’s the picture we used for old-fashioned, printed Christmas cards, the kind in a paper envelope with sticky stamps: 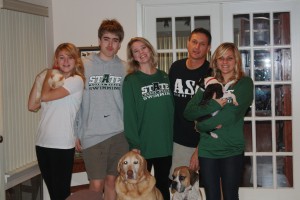