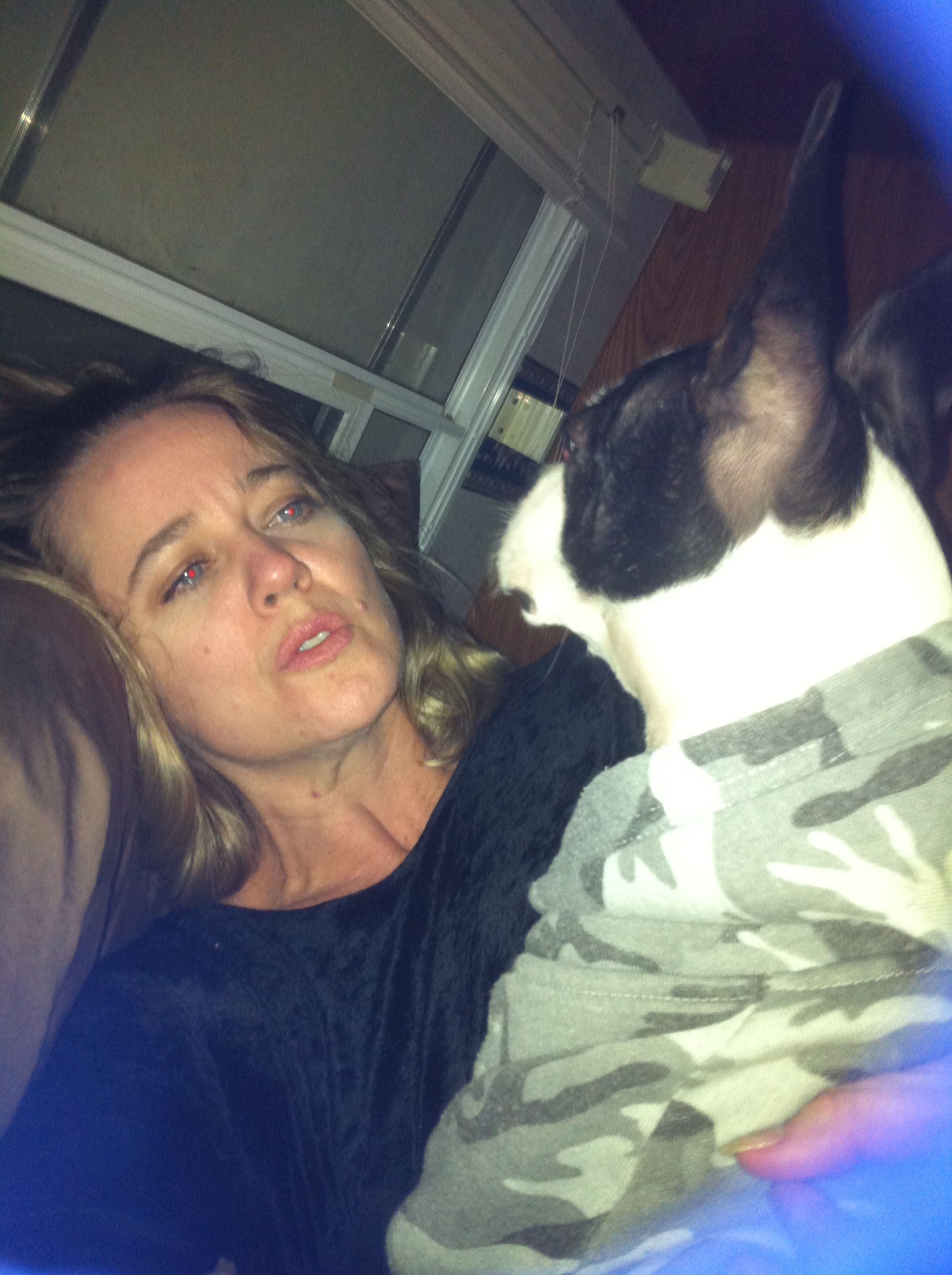 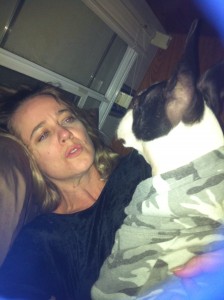 Actual Quacker photo of joyous Petey on the bed during the arctic freeze.

You know that age-old saying, “rednecking can lead to redneckedness?” No? Well, deal with it and work with me, people.

You know that age-old saying, “rednecking can lead to redneckedness?” Last weekend, it didn’t hold any water. We spent the weekend rednecking, and there wasn’t a damn bit of redneckedness.

Here’s what happened. Eric and I hoofed it to Nowheresville for another idyllic weekend camped out in the Quacker. For once, I have no poo stories for you (And the crowd screams, “Yay! Thank you!”). Nor, it turns out, do I have any naked stories. Not that I usually share any naked stories. I’m simply confirming there were none.

And the reason for no naked stories? 1) Gas and 2) Petey the one-eyed light of our lives. No, not that kind of gas. Although there was some of that, there is no causal connection between that “gas” and the “no naked” issue.  Instead, I’m talking about propane  gas. My husband Eric aka, in Nowheresville, Bubba-mon ran out of propane in our two propane tanks. Guess what kind of heater we have? Pr-o-p-a-n-e, yes.

Today in Houston on January 16th it was a balmy 70. But last weekend in Nowheresville it got down to 25 degrees on the fateful propane-less night. 25 is a brisk daytime/sunshine temp. It sucks for camping, however. Which is what you are doing if you are in the wildnerness with no heater, even if you are on a mattress in a trailer.

So, for starters, it was wayyyyyyyy too cold for naked. It was flannel jammies double comforter cold in the Quacker. But I mentioned reason number two for “no naked:” Petey.

Since it was just the right temperature for the Abominable Snowman but not for a 16-pound dog with a thin layer of hair, Petey did not find his own bed a satisfactory place to spend the night. Actually, the big dogs, Cowboy and Layla, didn’t either; they were living the highlife in the back of the old Suburban. Don’t scoff. There’s a big difference between the inside of a vehicle warmed by their breathing and without a breeze — and away from the yelps of coyotes and calls of the wild hogs — and 25 degrees when laying on the ground outside the Quacker. Worry not, friends, the broken seals around the Suburban windows gave them ample oxygen as well.

Where was I? Oh, “no naked” and Petey. So Petey suggested that he join us under the double comforters in our bed. Normally, Petey is a no-people-bed kind of dog, although not for lack of trying. He only spent a night on the bed with us once before, and that was the night of the day that Cowboy put Petey’s eye out. You would have let the little bugger sleep with you that night, too, I guarantee.

On this night, as we breathed whole storm systems of frost clouds over our heads, I again felt sorry for Petey.

“Just for tonight,” I said.

We didn’t even have to say, “Come, Petey.” He sensed the change and leaped up between us where he tunneled under the covers and to the foot of the bed. I couldn’t have asked for more. My feet were encased in blocks of solid ice, and his warm little body thawed them right out.

As Eric and I finished eskimo kissing goodnight a few moments later, though, a rocket shot out from under the covers, and, when we pressed our lips together for a people kiss, Petey’s cold, wet nose and extended tongue made contact with both of our lips. It may not have been the most romantic way to end the evening, but I’d trade my cold feet for his cold nose anytime.  So, after a few dry heaves, we bid our little critter a fond goodnight and fell asleep three abreast, all snuggled up and warm as a summer day.