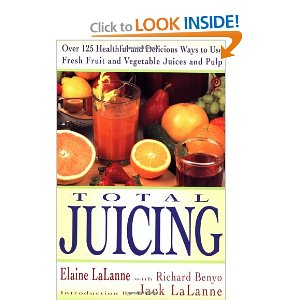 In my efforts to regain some hormonal balance, sanity, and mojo, I caved to my doctor’s recent instructions. Some of them were easy enough, like changes in my bioidentical hormone regimen. Others pushed me a bit, such as adding a dizzying array of additional supplements, each to test its effectiveness at reducing symptoms. I don’t know which is harder, figuring out what to take each morning or swallowing 40 pills a day without vomiting. Okay, I do know. Swallowing. Tip: spread over three meals, take pills between bites after you have “lined” your stomach, and don’t dream of trying it without a lot of protein.

But the big challenge was a diet cleanse. I’d gotten sloppy in the last eight months. Eric and I trained for a half ironman this past summer, one we ultimately punted on due to, at the time, his health issues. Then we resumed training for our makeup race only to have my health issues derail us. Poo poo. Anyway, when we train hard core, I indulge my inner Cinnabon and apple fritter-scarfing demon. Unfortunately I found it hard to get her under wraps when the exercise waned. I was chock-a-full of chemicals, gluten, and sugar from processed foods. Plus my ass had gotten a titch large, which it is wont to do. Call me curvy.

The diet my doctor swears by is a Yeast Free Health and Wellness Diet. It’s a lot like my “no white” diet, but with some key differences. The first and most important is that during the first month, I have to take a medicine called Nystantin with meals to kill off the live yeast in my stomach and digestive track. I bloated up like I was six months preggers during the first 10 days. Not comfortable or fun. It gets better as the little suckers die. The second difference from my “no white” diet is that they really want me off dairy as much as possible, too, for the long run. And it is over this requirement that I imploded last time I tried this diet. I was going strong for about three months when the lure of cheese became too much for me.

I’m wrapping up week three now. Eric is yeast free in solidarity with me. Yes, he’s awesome. No, he doesn’t have an available brother, and you sure can’t have Eric, so don’t even think about it. I don’t feel great, yet, and I won’t until I am off the Nystantin; I tend toward more migraines while it’s doing its thing. I have lost a lot of my butt fluff layer. I’m not yet exercising to any real extent, not only because of the migraines, but because I haven’t licked this all-over body pain yet. I’m doing more than I had since before Christmas, though.

I splurged in support of the diet change and bought a juicer. I’m doing one meal replacement per day with a veggie-fruit-protein powder concoction. I actually add the fruit pulp back when I blend the juice and protein into a smoothie, and we’ve used the veggie pulp as a fiber-additive to meat and vegetable dishes for other meals. No waste, and we get all the vitamins and fiber back. I can’t have most salad dressings yet (because I can’t have any type of vinegar except apple cidar, and no white sugar), so this helps me eat more raw food. I’m not a big fan of crunching raw broccoli, ya know? And salads without cheese or dressing, well, they gag me. The juicer is a life saver.

Other meal staples: scrambled eggs with rotel tomatoes and black beans, lettuce wraps with avocado, tomato, and deli meat, and hummus with chick pea chips along with fresh guacamole and a few spoonfuls of roasted almond butter or cashew butter. Thank God for Fadi’s Mediterranean and Boston Market, which are about the only restaurants I can go to without a hangover from some food or other that the nystantin conflicts with.

I love my juicer. I would love to feel good again even more, but, in the meantime, I am encouraged. Long term, this diet looks a lot like The Zone diet. Personally, I have to keep white sugar, gluten, processed foods, and simple carbs out of my life. Period. I have a plan. I’m following it, and so is my husband. We are really optimistic that over the next three to four weeks, Pamela will re-surface. Which will rock.