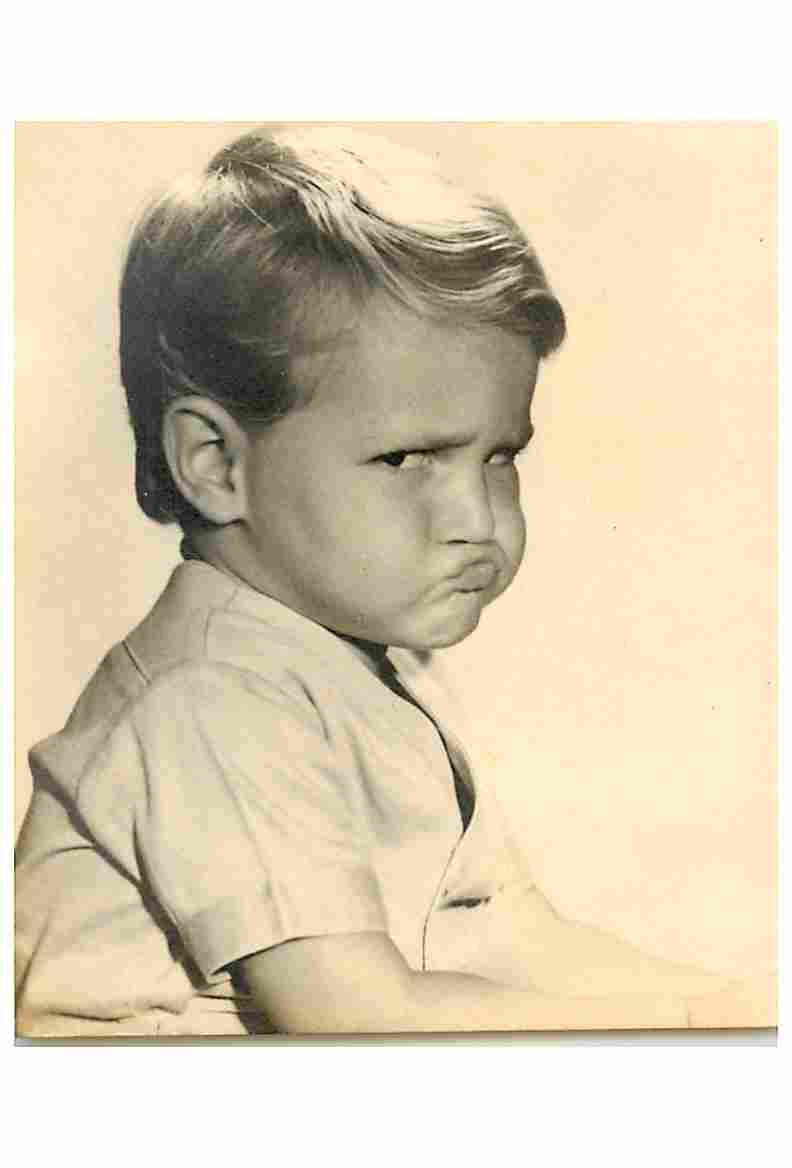 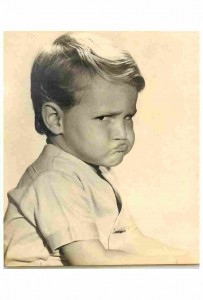 This picture has nothing to do with this post, other than I kinda feel like this right now. The subject? My husband, at the age of two.

The first two months of 2012 officially kicked my tush. I admit defeat. I am done in. Tuckered out. Worn down to a hairless frazzle. The money I’ve billed out for work I perform at my “day job” is at a record high. That’s a positive, except that it means the amount of day-job-work I’ve done during the same time period is also record-setting. While I was supposed to be finishing Life Beyond The Center Of The Universe, aka Puppalicious Stories Of Pets And Other Nonhumans, I was instead trying to make the world a better place, or at least trying to get people to bring their “A” game to work.

Another item on my 1Q12 to do list was to submit seven entries for the 2012 Houston Writer’s Guild Writing Contest. The contest is for three types of writing: fiction, non-fiction, and ghost stories. I submitted one novel, five non-fiction books, and one ghost story. Color me exhausted and relieved when I put that gigantic package in the mail. Or, rather, when I emailed it all to Eric for him to print, pack, and mail while I zipped off to the airport for a client visit. Unfortunately, for the non-fiction, I actually failed to correctly follow the directions. Scratch that. I failed to correctly guess what the directions were and follow them as they would have been written, had they been written. Did that sound snotty? I hate it when I sound snotty. But sometimes snotty is all you’ve got left when you boil things down to the facts.

However, now that the (nonexistent) instructions for the nonfiction entries had been explained to me, the scope of work on my get-er-done list grew. Scope growth = not good. I suddenly had to write five “book proposals” for the five nonfiction books I had entered. This would not be a problem except that I wrote these five books with  no intention of shopping them to an agent or publisher, thus I had written no book prposals. I wrote them for publication with our fledgling publishing company (Read that as “not yet off  the ground.” Further read that as “oh shit, something else we have to cram into the next few months.”), Skip Jack Publishing, “our” as in Hutchins, Eric and Pamela. I decided to publish these books without requiring myself to write a book proposal selling the idea to moi.

Nonfiction book proposals are nothing mystical, so it’s not that I can’t do it. It’s that I never have before and didn’t want to start now, when I had zero available time. That and because nonfiction book proposals, like most writing, are an art, and the instructions (unwritten, late-announced, and sketchy) didn’t specify what flavor of book proposal I should prepare, as in “can I at least have a friggin page min/max????”

Thus, between meetings while camped out in various client conference rooms this week, I drafted five book proposals. They are comprised of the following elements:

If I were really sending these proposals to an agent, I would include the table of contents and the first three chapters in each proposal. However, after begging for parameters, I was told not to exceed two pages (I have no idea what other entrants were told, but if they got more than two pages, I am officially pissed), and my damn table of contents for each book are more than two pages each, so waddyagonnado. Luckily, I had already sent in, per the woefully incomplete written instructions, the first ten pages of each book.

All of this, above, I share only to set you up for the punchline:

I asked my beloved Eric to proofread my proposals. I admit that once I did the first one, I did a “save as” and created each new one off the bones of the original. And the original contained in the “mostly true but exaggered shit about me, the author” section the following line, so help me God, pinkie promise, and on my honor as a Girl Scout.

“The author is a certified ass.”

If this were true, if one could be certified as an ass, it would make life much easier. You wouldn’t have to try to figure out if someone were being an a-hole. You would just ask them to produce their certification. And, while I sometimes behave in an ass-like fashion, I have no certification for it. I just kind of wing it.

Alas, what I had intended to type was “The author is certified as a . . . ” Oh, the things spell check and grammar check don’t catch.

After he stopped laughing, all five times, Eric said nothing. My husband is a very smart man.

Have a good week,

p.s. I love and am a member of the Houston Writers Guild; however, that does not stop me from kvetching about poorly written instructions. Maybe they will be updated for next year’s contest?