Doublin'. And I don't mean the capital of Ireland. 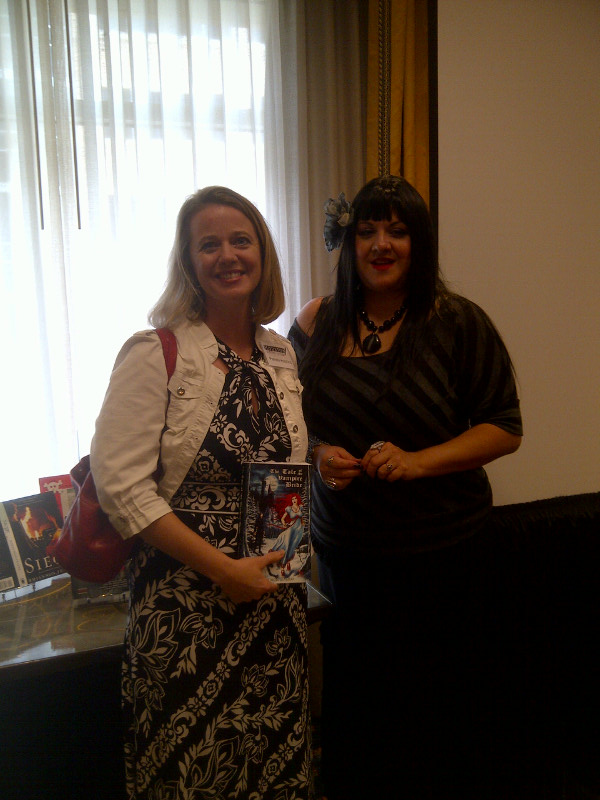 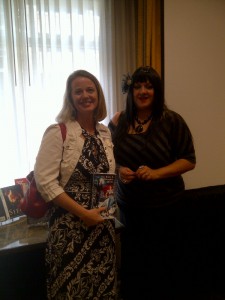 ‘Twas a good weekend for me, my friends. A really good weekend. Why?
So many reasons. First, Eric came to the Houston Writers’ Guild Annual Conference with me. As my partner in our indie publishing journey with Skipjack, he’s embracing the writing life. I think he loved it, actually, except for maybe the part where people recognized him from pictures on my blog talking about his underwear. OK, he may have even liked that a little.
We attended a kick ass workshop on indie publishing taught by Rhiannon Frater, author of bloodthirsty vampire and zombie books, no sparkles anywhere! I bought one of her books, The Tale of the Vampire Bride, but I’m scared to read it, shhhh, don’t tell her.
We made cool new friends like Nicholas, a horror writer, and Rodney Walther, a “women’s fiction” (he said it, not me) writer (think Nicholas Sparks, and try Rodney’s Broken Laces) who I’m totally going to have guest blog here some day soon. We reunited with awesome friends who we don’t see enough of, like Nikki Loftin (whose middle grade book The Sinister Sweetness of Splendid Academy will release in August, and it’s amazing) and Rebecca Nolen, who better not flake out on me for the summer workshop.
We were inspired by novelist and U of H creative writing prof Chitra Divakaruni, so inspired that I bought another book: Sister of My Heart (this one isn’t scary).
I’ve already told you about Rodney and Nikki, but I left out that they presented and were fabulous, too. Rodney talked about tuna pudding (wow, that sounds really bad on a blog LOL) and Nikki broke out her glass slippers.

If that was all the good stuff, I still would have thought the weekend grand. But there was more. I submitted in two categories for the conference contest this year: Mainstream Fiction, and Narrative Non-fiction. And guess what? I won them both! OK, I tied with a Canadian for Mainstream, but I still got a check! And in Narrative Non-fiction, they didn’t announce the winner at the conference, so I didn’t know until the next day, but that’s fine. Kinda awesome, huh?
I met with a few agents, too, but I’m 100% convinced that traditional publishing is not my path. I am happy about the road I’ve chosen, and I love the feeling of control and independence. I’m sending off the requested manuscripts to these two women, but it just doesn’t feel right.
So after doublin’ on my wins, I went home and made some final tweaks on Conceding Grace and sent her off to my wunderbar editor Meghan, then wrangled teenagers, did the ever-bitchin’ P90X yoga, and re-plotted Discovering Katie and Leaving Annalise with my sweetie, who is my plot consultant on every piece of fiction I write. We updated our indie-pub countdown-to-do-list, and ticked off post-conference tasks.  In fact, we finished everything we set out to do. Don’t you love it when you have a really productive day? It’s the best feeling.
So, it was a good weekend, all around. I’m hoping for an even better week. How about you?
Pamelot
Please follow and like us: