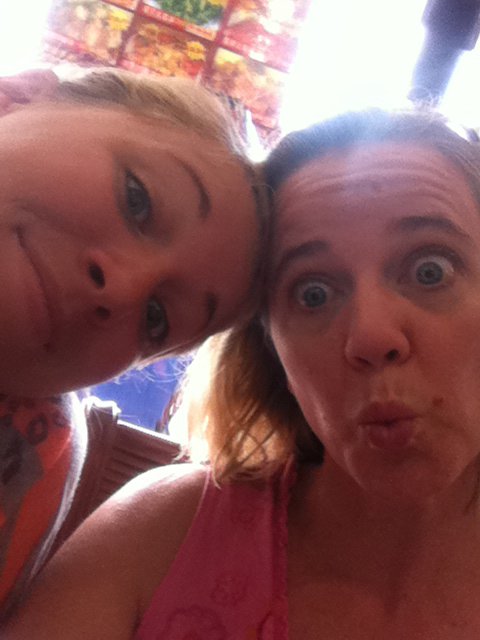 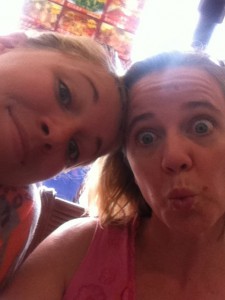 There’s a certain resemblance between Susanne and me. Switched at birth seems unlikey.

15-year old Susanne wants to be a veteranarian some day. Never mind that she hates biology and chemistry. Those are just minor details. A bigger problem seems to be her grasp of anatomy.

Case in point: Our dog Layla has a few issues this month, of the kind that require monetary investment and complex medication rituals. Complex, but not incomprehensible. Susanne has a tender heart for our pets, so I assigned her the task of the twice-daily medications. This included drops for the ears, salve for the leg, and pills to swallow. Eight drops in each ear, then massage. Salve to leg, spread judiciously. Pill wrapped in bacon, or it is spit out.

“Mom, why are you putting her ear medicine on her leg?” Susanne asked.

“I’m not. These are the ear drops,” I said, as I squeezed one-two-three-four-five-six-seven-eight drops into Layla’s ear , then raised her ear flap and massaged the drops down into the canal.

“Because that’s what I’ve been putting on her leg.”

I stared at my daughter, wondering if she might have been switched at birth. It happens, you know. Or sometimes the stork brings the wrong kid. From all appearances, though, this doesn’t seem possible. Still… “Do you seriously not know the difference between a leg and an ear? A leg attaches to a foot and is used for perambulation. An ear attaches to the head and is used for hearing.”

“Then how in the world could you be putting the ear meds on the leg and the leg meds on the ear?”

Parents of teenagers the world over know the answer to this one: “Because I, um, wasn’t listening when you told me how to do it and I didn’t read the label.”

So, our dear Susanne may be the dog whisperer, but I fear for the lives of our canine friends should she become the dog veteranarian. Maybe instead, the dog groomer? The dog walker? Or dog sitter? EITHER THAT, OR SHE NEEDS TO LEARN TO READ THE DIRECTIONS!!!