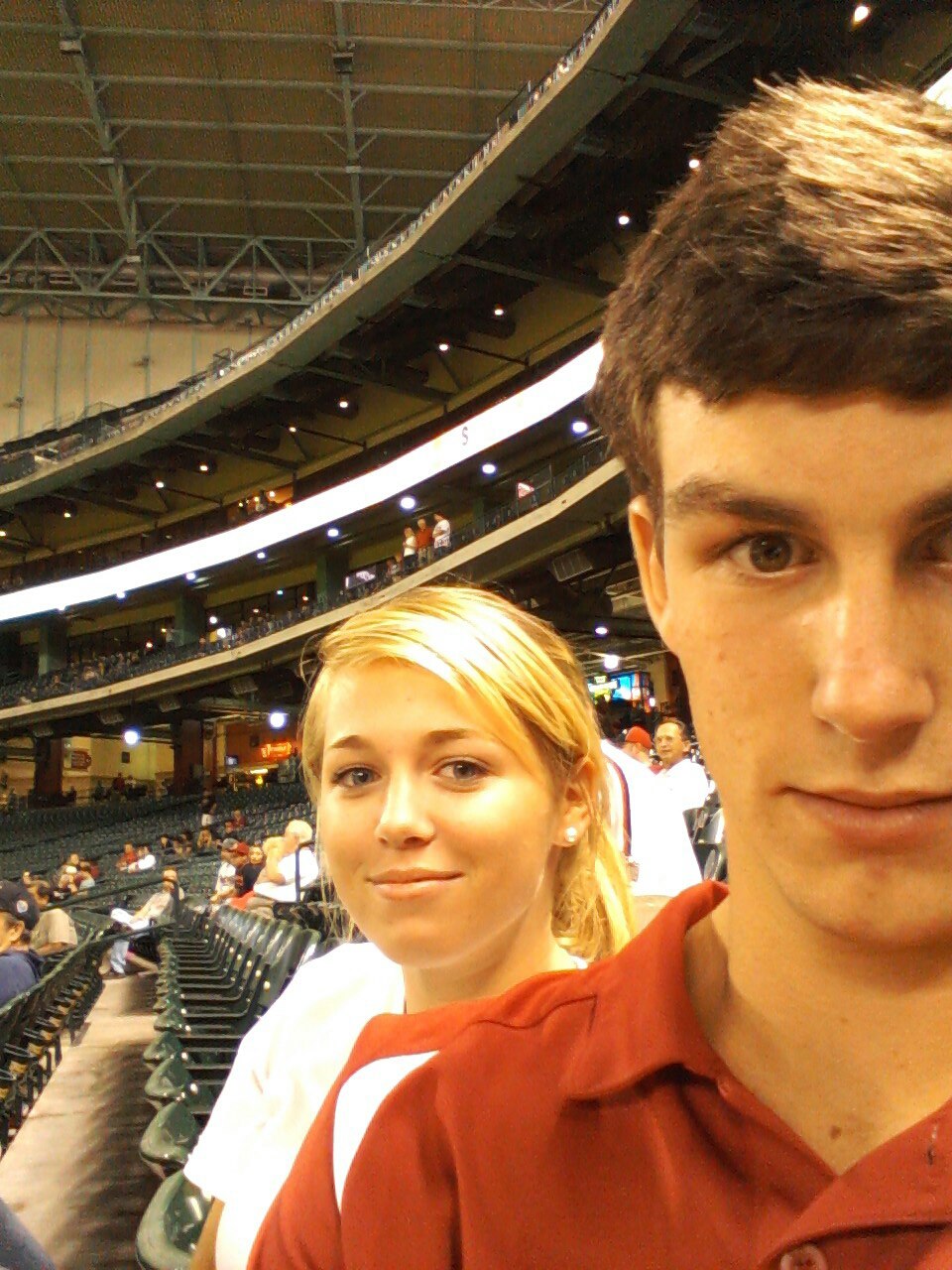 In order for this post to be of interest to you, you have to first read In the blink of one blue eye. That will bring you up to speed on the battle to figure out how to prevent our 15-year old daughter Susanne from having a recurrence of a life-threatening food-allergy-triggered anaphylaxis. Then, I will tell you about our testing, diagnosis, and treatment plan. I hope this is not only mildly interesting, but that it helps someone else out there, because this is scary stuff. Anaphylxis is a total game-changer.

As you may recall, we suspected two top culprits: nitrates (a chemical in processed meat) and cashews. But we knew we didn’t know, and meanwhile she developed hives as soon as her steroid course ended. We started to remember hives and stomach aches in the last two months, minor complaints easily dealt with and quickly dismissed. Now, though, we saw them for what they were: a pattern. Of what, we weren’t sure.

I took Susanne in to see Dr. S at Hotze Health & Wellness Center. One of their specialities is common sense approaches for severe and “unsolveable” allergies, fixing that which no one else can fix. What we didn’t want was a doctor to allergy test her and then say, “hmmm, I don’t know, try an eliminiation diet and this prescription drug. Next!” We also didn’t want to have her tested in a way that could trigger a reaction. I already knew that patients were valued guests at Hotze, with time and energy invested in their wellness over the longterm. Also at Hotze, all testing is done of blood samples that are sent offsite to specialty labs.

We don’t have Susanne’s food and airborne allergy test results yet, but already we have a path forward and a zen sense of purpose in how we approach keeping our daughter safe. And we do have some answers . Let’s call them learned guesses that, coincidentally, match the path Dr. Dad’s brain had already gone down (and he was the one who suggested we start with Hotze, after all), and that make so much sense that it scares me. Because it points to all the signs we missed that something was wrong. That it had possibly always been wrong.

First, Susanne has asthma. We always thought she suffered from it on the back end of colds.

“Not likely,” Dr. S said. “Asthma is itself an anaphylactic reaction, albeit usually non-life threatening. And anaphylaxis is an allergic reaction, a sensitivity. If she’s suffered under seasonal airborne allergies all these years, they weaken her immune system. We need to get her antibodies going.”

Shit. Missed that one for 15 years.

Next, Susanne has had stomach aches for the last few months, escalating in the last two months. We thought she just had reflux like her father.

“Reflux is a symptom, not a cause. Something in her diet — either what she eats or under what conditions or timing — does not agree with her stomach. Not only does this mean that she needs a diet change, and that the substances irritating her stomach may be the same ones she is sensitive to, but it also means her gut is inflamed, which creates a situation in which it absorbs molecules it would normally reject as waste. So the stomach ache creates more optimal conditions for food allergy anaphylaxis to occur.”

SHIT. Missed that one for the last year.

Next, Susanne occasionally gets what looks like pimples on her chest and neck. I had something like them, yet unlike them, at her age. The doctor looked at them and shook his head.

“See how they look like mosquito bites? They’re an allergic reaction, a hive. Something is bothering her. And right now she’s hiving on the heels of anaphylaxis. She’s still reacting. Luckily its just hives. Some people have secondary or rebound anaphylaxis. She still might. Don’t let her go anywhere without that epi-pen and benadryl.”

SHIT SHIT SHIT. My little hypohondriac had something to tell us, but we sloughed it off.

“So we have a body telling us it’s taking in things it doesn’t like in someone with a history of mild anaphylaxis in the form of asthma with a  compromised immune system and a “leaky” gut that lets bad molecules absorb. Now, what did she eat in the eight hours before the event?”

I listed everything. It was a long list. Mojo Sweet and Salty Bar, cashews, macaroni and cheese, milk, green chile cream cheese corn, thai chicken with coconut, corn, and waterchestnuts, and chorizo with veggie-cheese and eggs.

“Cashews can lead to a secondary reaction six to eight hours later. Can’t be ruled out. And for dinner, she had shoveled in four of the most common food allergens: corn, coconut, egg, and dairy. On top of that a new food was introduced, a food with nitrate, which is linked to severe anaphylaxis, especially when combined with other chemicals.”

“Yes,” I said, and swallowed. A neon “Bad Mom” sign flashed over my head.

“I have no idea what she reacted to. We can’t test for nitrate sensitivity. But I know we can fix her gut and her antibodies. The food allergy testing will tell you the foods she reacts to, and at what severity. You can eliminate them, and you can eliminate the nitrate. I’d eliminate as many preservatives and chemicals as possible. But it’s a lot of work, and all on her.”

He turned to Susanne and told her horror stories of people that died — with food in their mouths still unchewed —  from anaphylaxis so severe it arrested their breath and killed them almost instantly, the same people who had never had a major event before. He stressed to her that the reactions get worse not better, that she could die, that there were no do-overs. He explained her treatment plan to her then quizzed her on it thoroughly. She took him seriously, listened like I’d never seen her listen before (certainly not to me). He broke up the tension by joking with her and laughing with her. But he did not sugar coat her issue.

To treat her gut, she will be on a yeast-free diet and taking nystatin, fluconazole, and probiotics. The diet is extremely restrictive, especially in the first five weeks. She has to stay on it for a minimum of three months. Not only that, but all the foods she consumed on D-Day are added to the restrictions, until they are ruled back in by allergy testing results that deem them nonreactive for her. This for a girl who thinks the four food groups are macaroni, cheese, chocolate chip cookies, and oreos.

This will be hard. So hard, in fact, that Eric and I will do it with her. Her brother is onboard, too, for every other week. She will move in with us fulltime until we have the diet lined out, as this is too hard to do when she is bouncing between the two houses of her dad and us like she normally does.

Next, she will take sublingual allergy drops three times a day to stimulate her antibodies by exposing her to the airborne allergens she reacts to.

In addition, she has  a daunting regimen of mandatory supplements and bioidentical hormones. She has pill cases for morning, midday, and night. She will, at the peak of the next four months, take 26 pills a day. She has never voluntarily swallowed pills in her life. But she swears she is on board.

She and I sat together this morning and created spreadsheets to chart her pills. We researched sugar-free, dairy-free, soy-free, gluten-free, everything-free barbecue sauce and ranch dressing recipes, and we made our shopping list. We laughed. We hugged.

“Are you sick of us all loving the stuffing out of you, yet?” I asked her.

“She’s SPOILED now,” Clark Kent yelled from the other room.

Spoiled? Yes. Definitely. I am the mother who drove an extra hour yesterday when she forgot to bring her epi-pen to her swim meet. But I don’t mind doing that kind of spoiling. Not one bit. Especially not since she has already reacted to a food we thought was safe just a few days ago, something we now faithfully record in a diary as we eliminate more and more foods, hopefully temporarily.

Susanne just ducked her head and tried to hide her smile.

p.s. We remodeled our playroom into a gymnasium-sized bedroom for her: pink, electric blue, shocking green, and black. But, I swear, the spoiling stops here.

p.p.s. I had my toes crossed as I typed that.

Up and coming novelist Lori Freeland invited me to her website to talk about the release of Saving Grace. Check it out and show her the love, y’all?