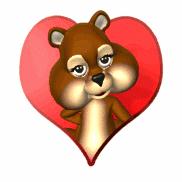 OK, y’all, I love me some little furry creatures. Live ones, that is. Dead ones, or the making dead of them, not so much. The only time I’ve ever hunted, I was nine years old. My father took me with him. He let me take a shot at a prong-horned antelope with his hunting rifle. I hit it, but didn’t kill it. Dr. Dad finished it off for me. At least that’s how I remember it. 🙂 It was a fascinating learning experience, and I am proud to say that my family ate all of the meat.

Anddddddddddd, I never want to do it again. It horrified me. I can still picture every sound, smell, and detail of the scene. Things whimper and gush. A clothespin for the nose is advisable. A hunter I am not.

But, you may recall, I now own a pink shotgun. Why, besides my support of our 2nd amendment right to bear arms, would I own a gun? Well, when you live in the country, sometimes shotguns are real handy. Like to kill rattlesnakes, or to scare off 500-pound wild boars. Even to scare off intruders of the two-legged variety, if it comes down to it, when my husband is someplace inconvenient, like India or Abu Dhabi.

Some people in my life enjoy hunting (not my husband). And so it came to pass that recently we took our youngest, Susanne, and her best friend and her boyfriend for a day jaunt to Nowheresville. The aim of the trip was for the boyfriend — let’s call him Matt — to teach the rest of us to use the new shotgun, and for the friend — Lauren — to drive our spiffy new tractor. {Note that we’re calling Matt Susanne’s boyfriend due to this photographic evidence, despite her terror of claiming him on Facebook (it’s hard when you’re possibly Tim Tebow’s fiancee).} Matt is 16, but he seems to have spent about 90% of his growing up years either holding a baseball or a shotgun, and I’d be hard pressed to say which one he loves best.

Shotgun lessons and a walk through the woods turned into a shooting carnival with an ebullient young man bringing dinner down out of the sky and the branches of trees. Our “animal sanctuary” became a “kill zone” in less time than it takes to load three shells in the pink camo chamber of my gun. Eric and I were a little traumatized, but in an amused way. Hey, if the kid could handle a gun like that and was smitten with our daughter, he had potential as Nowheresville “day labor.” Plus he was kinda cute with a squirrel hooked by its tail through his belt loop, seeing as we live in Texas and all.

Susanne played with the dogs while Matt skinned his “game.” But, teenagers will be teenagers, and they decided to run off into the woods to shoot more stuff and left the furless critter on a cutting board, bloody knife beside it, on top of a load of building supplies trailered at our barn site. The builders were due back Monday morning to erect the structure (yippeeeee). Technically, the structure was supposed to have been a fully functioning barn back in August and here we were three months later with only a slab and a trailer of panels, but we’re in the country, so who’s counting? (uh, me) 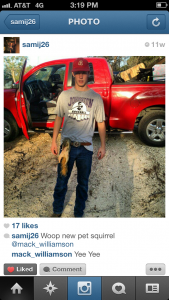 By the time the younguns returned, Eric had grilled ribeyes, and we ate dinner in the dark, then retired to our lovely air conditioned Quacker to watch some college football. At halftime we packed up in the pitch black, a countryside pitch black with no artificial light to be had except from the meager beam of our flashlights. We couldn’t see the ends of our fingers, much less do a visual survey of the grounds. Then we took off for Houston.

Left behind for the builders: an accidental pagan offering of hideless rodent. It had 48 hours in the sun by then, so possibly it was already close to squirrel jerky. Those good old country boys will just think we left them a snack.

This week there are some wonderfully informative new reviews online, and the reviewers would be so pleased if you took a moment to check out their hard work:

It humbles me that people take the time out of their lives to read my words, and even more so when they add a thoughtful personal review like these two women. I hope you’ll comment, share, and follow them.

Have a good week, y’all.