Could we let him fail? 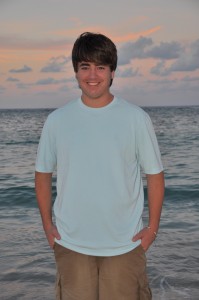 My ADHD/Aspie son Clark Kent earned his nickname honestly, and continues to prove it fits, even at the age of 17: he believes he has super-human powers, while in reality he is the affably bumbling Clark Kent. As a senior in high school, he announced he was done with medication, that he didn’t need it. After we picked our jaws up off the floor, we caucused. We couldn’t let him go cold turkey, not and still allow him to drive his Tahoe, not and expect him to graduate from high school. We circled back with him and laid out the terms of our cooperation: supplements, diet change, sleep and non-gaming commitments, aerobic exercise, and a supplement regiment. He agreed, and at first it went shockingly well. Then he quit the supplements while taking antibiotics. With that spoke of the wheel broken, he quickly crashed.

We did our best to help him back up, but things went from bad to worse. His good grades plummeted. His hygiene stunk, literally. He snuck in gaming hours, got up after we all went to bed, and wouldn’t rise in the mornings even when I stood over his bed and yelled in his ear. He racked up tardies and unexcused missed assignments. He didn’t participate in debate or government affairs, his passions and the activities most closely tied to his dream of becoming an attorney and maybe someday a diplomat. He only spoke to argue, and he spouted nonsense. He was 200 pounds of out-of-control rebel about to torpedo his future.

We consulted our family counselor.

Bile rose in my mouth.

To read the rest of “Could we let him fail,” visit {a mom’s view of ADHD}.