This Really Happened, Y'all

Note: I am about to relay a story that happened on day #2 of my #60Citiesin60Days #BookTour that contains some offensive content. Don’t say I didn’t warn ya. 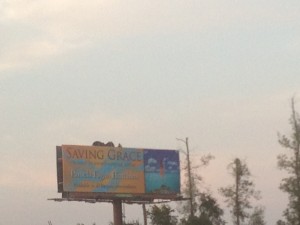 Above, and completely unrelated to this post’s content: As-seen on the way from Houston to Wichita Falls, the Saving Grace billboard. With a lot of sky, because I am not a visual artist.
Another note: If you are reading this free content and haven’t gone out to Amazon and/or Goodreads and left HONEST ratings and/or reviews on each of my books that you have read, then go stand in the corner. 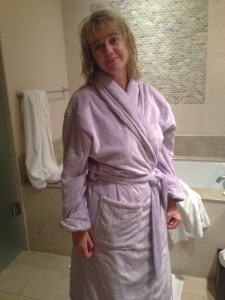