by Pamela | Nov 11, 2013 | My Half-Assed Efforts to Become a Serious Writer, Rednecking Can Lead to Redneckedness | 3 comments

In honor of Veteran’s Day, I’m running a character interview from Leaving Annalise

featuring my character, Collin Connell, who is based on my IRL brother, a Lt. Col. in the Marines. First, the interview, which originally posted on Book Reviews by Dee. Then, a little of the real life version 🙂

We’re here today talking to Collin Connell, a police officer from Dallas, Texas, and the older brother of Katie Connell.  He’s appearing next in book two of the Katie & Annalise series, Leaving Annalise.

Hi Collin! What one word best describes you?

Badass. But you can call me Mister Badass.

OK! When you’re not being a badass, what are your favorite TV shows?

I don’t watch much TV except for sports, so I would have to say Monday Night Football. And the Super Bowl.

So not much TV. Do you read, and, if so, who is your favorite author?

I do read, yeah, or listen to audiobooks when I drive, anyway. I like Vince Flynn. Lee Child. A little Stuart Woods. Robert B. Parker. Elmore Leonard.

There was some great TV made from the writing of some of those authors.

It still gets in the way of football.

Fair enough. What do you do to unwind and relax?

I work out. Run, lift weights, mountain bike. I play in a flag football league, too.

If I came to visit early in the morning would you impress me as being more like a chirpy bird or a grumpy bear?

How about early bird. No one would ever accuse me of being chirpy. My mom was chirpy. My sister and I turned out more like my father, who was the chief of police in Dallas. Get up, get going, get it done.

What is something people would be surprised to know about you?

Really. I serve a clean table, whole foods, lots of raw food, too, because the body is a delicate machine, so you can’t go messing it up with the wrong fuel and lubricants.

Wow, I am surprised. So tell us about your favorite restaurant.

Before Katie’s and my parents were killed a few years back, our favorite place was Joe T. Garcia’s, a Mexican restaurant in the Fort Worth stockyards. They serve up the simple fare with the best margaritas, and, if you get there early in the spring or summer, you can sit out by the pool in a garden. It was a tradition for us. Now that Katie lives in St. Marcos, there’s no one left but me, and it’s not the same with anyone else. I miss it.

So a chef, and a romantic?

I hear you. Well, Collin, thanks again for talking to us. And I’m going to be angling for an invite to one of your healthy spreads, soon.

Truly, I loved doing that interview, and I loved Collin. He has his biggest role yet in the upcoming Finding Harmony. And, when I spin off the new series in 2015, he will continue his recurring role.

Here’s what a badass Marine baby brother actually looks like. 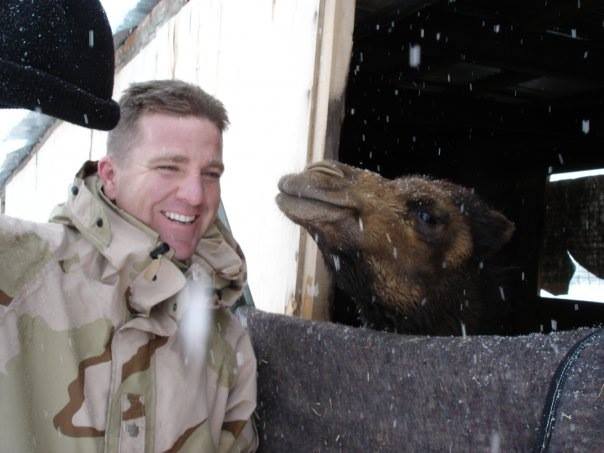 Made for each other? With a camel in Afghanistan. 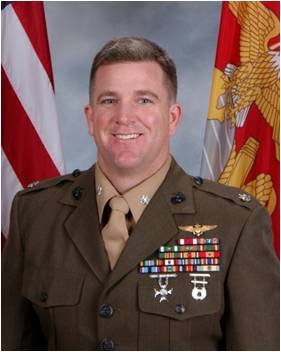 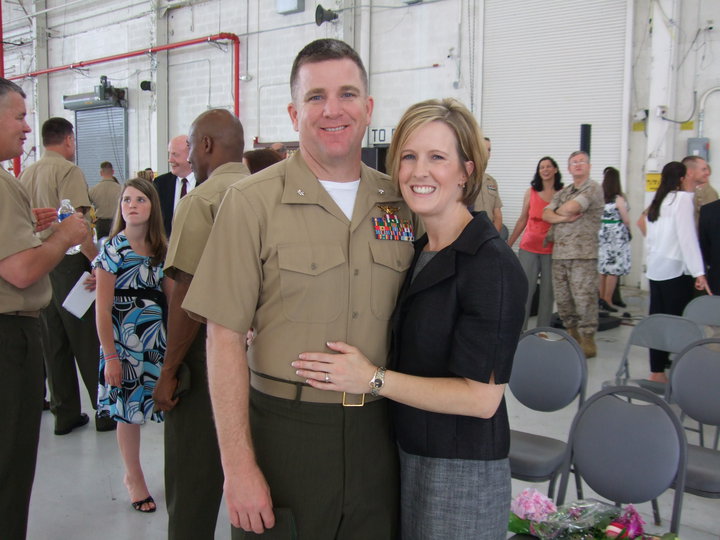 The day he became a CO, with my long-suffering sister-in-law. 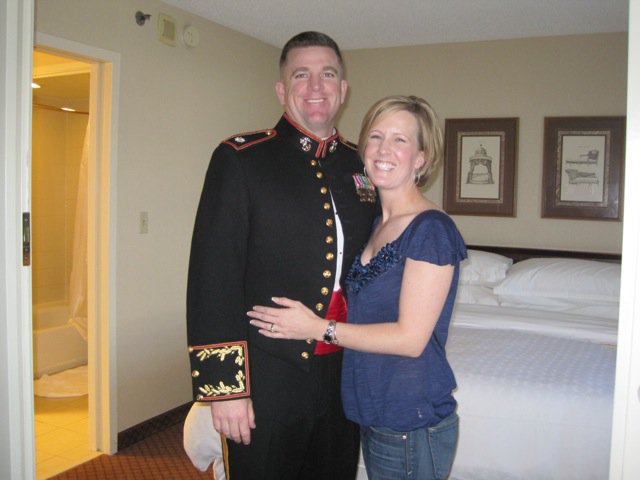 In the uniform my kids say makes him look like a bull fighter. 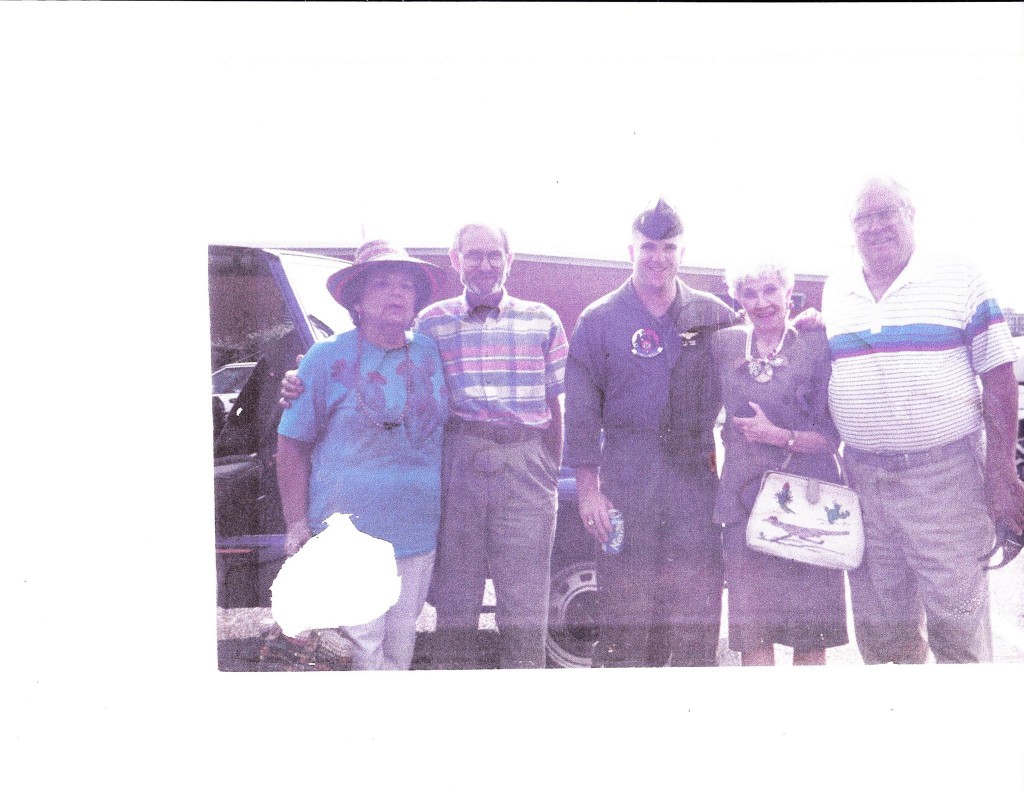 With both sets of his grandparents in Pensacola, when he got his wings and first choice on his aircraft: Cobras. 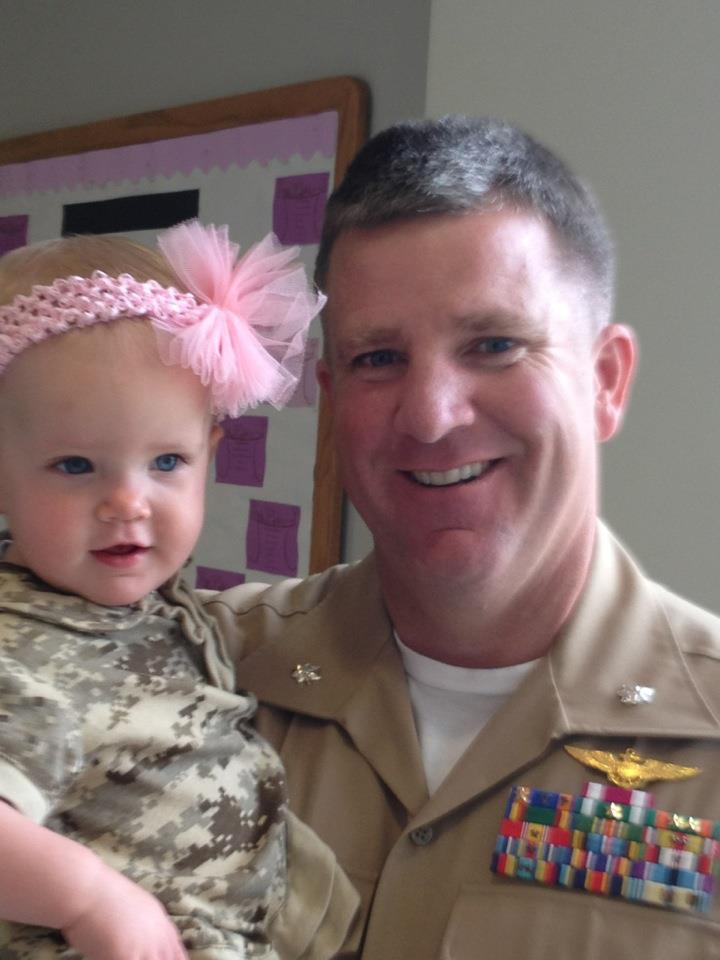 With one of his two little girls.

Thank you serving, little brother. Must be nice to know you risk your life so your sister can pursue the noble cause of frivolous entertainment!!! Seriously, you are a hero, and we are all very proud of you, at our house.

p.s. Don’t forget that I’m running a sale on Amazon. You can get Leaving Annalise ebook for $2.99, paperback for $9 and change, and audiobook just came out (and is a $1.99 add-on to the ebook). Plus Saving Grace ebook, which is killing it in the rankings, is 99 cents. Start from my Amazon Author Page, and browse from there to get to the sale pages. YOU GET THE SALES PRICES ON GIFTS, TOO, AND ALL OF THESE CAN BE GIFTED 🙂