The Funk in my Trunk 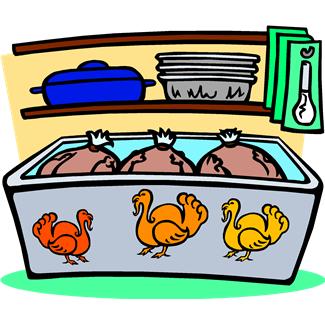 Have you ever had one of those funky smells in your car, like someone left a chicken strip caked in dried Chik-Fila sauce under one of the seats? Like your teenage son’s six-weeks-worn sweaty gym socks jumped out of their bag and onto your floorboard? Like your husband waited until everyone was out of the car to pass gas, and then slammed the door on it, only you had to run back out to grab the lipstick you left in the console, and nearly fainted when you stuck your head in?

Usually that’s all those funky little smells are: Something innocuous. Something temporary.

My daughter Susanne and I noticed an odor in my car one day. Really, it was more me, and I am over-sensitive to smell anyway. Everyone in my family rolls their eyes over my voluble objections to the slightest degradation in air quality. So I dismissed it as nothing. I hit the road for the better part of two weeks, each time in my husband’s ride. I had no call to open my Malibu during that entire period.

It was a crisp 40 degrees outside the next time I needed to drive it, but sunny with a breeze. I was going to meet my new friend Jules–who had reached out to me after reading all my books, and now we were grabbing coffee–and I was cutting it close on time. I opened my car door, ready to burn rubber out the driveway, and a putrid stench threw me back against the wall, gagging, eyes stinging. I covered my mouth and eyes with my gray wool wrap and tried to think. What the hell had died in my beloved moss green Malibu, my favorite car ever?

Frantic, I dropped to my knees and shoved my hands under the seats. Nothing. Not to brag, but I keep a tidy car. There was not a damn thing in it but the smell. So, whatever it was, it had to be the trunk, right? Or maybe something in the undercarriage? Once my mother had hit a roadrunner and a protrusion on the car had impaled it, mid-stride, like a pheasant-trophy mounted on a wall by a proud hunter. It happens, y’all. I popped the latch on the trunk and walked around the car, dread pulling me backwards as I moved forward, slowly, slowly.

The trunk was empty save one item: a Kroger grocery bag. I leaned in, wrap clutched to my face, and snatched the thin plastic bag, then backed away quickly. But the smell came with me. I pulled the bag open and found the culprit. It was a very swollen, formerly-frozen-and-now-rotten, whole roasting chicken. Thank God for thick plastic. The damn thing was going to explode from the slightest change in pressure. Gingerly I placed it on top of the contents of our garbage bin like a Jinga stick on its stack, no, scratch that, like my own booted foot on a field of land mines.

I glanced at my phone. I was now five minutes late, but I had no way to getting to Fioza’s except the newly-Foul-i-bu. I didn’t have Jules’ phone number to text her, and, even if I did, what would I say? It would only sound like I was making up the lamest excuse of all time, and she’d think I was a total snot. I had to do this. I could do this.

I gulped cold air and jumped in the car, slamming my hand on all four of the window-down buttons at the same time. It was cold outside, too cold to ride fully ventilated, but I doubted I would remain conscious with the windows up. Now I just needed to get this sucker up to speed pronto and let the wind push out enough of the putrid smell that I could breathe. I broke all land speed records to Fioza and parked behind the shopping center so no one could smell my car. (And I ripped off the Katie & Annalise  cover magnets just in case they did.) I didn’t have perfume to spritz myself, but I fanned with my wrap and prayed. “Please God let this all be a bad dream and when I’ve finished my coffee I’ll wake up to find my sweet-smelling car.”

Only it wasn’t a nightmare. At least not the kind you wake up from.

Fast forward 18 hours. Eric the wonder-husband found a cleaning service that would pick up my car, super-clean it with some kind of ozone contraption, and return it to our home.

“I don’t care what it costs,” I told him. “Because if we can’t kill the smell, the car is totaled. We can’t sell it, and I can’t drive it. And Lord knows what insurance will give us, if anything.”

I didn’t have to tell him. He’d walked past it one time, and that was enough.

So the 100% pure awesome car-cleaners showed up on time in the freezing rain that day.  They rochambeauxed (sp) and the loser got to drive my car to their site.

I truly hoped so. But somehow I doubted he’d ever smelled anything as bad as this.

Forty-eight hours later my car pulled back in the driveway. In the interim, they had removed all the carpet and even the seats for the ozone treatment. It came back smelling 95% better.

“I’m not gonna lie, that was a harsh ride in to our shop in your car,” the tech said.

I apologized again, and they regaled me with tales of the worst smells they’d ever worked on: bags of shrimp, boiled eggs, maggoted rib eyes, clumpy milk soaked into carpet. And then they handed me the bill.

It was three times LESS than I’d expected to pay, and truly reasonable for the job they’d done on my car. While it didn’t have that new car smell, it was drivable, and I hadn’t believed that was possible.

“God’s air will have to do the rest,” they said.

And so, three weeks later, we soldier on, my car and I. I haven’t been able to rid it of the lingering scent of putrefied fowl. To be fair to God, it’s rained and freezed since then, so not much of His air has reached the funk. Instead, I’ve dumped activated charcoal, baking soda, and coffee by the pound on all the carpet.

The result? My car smells like coffee, with a hint of rotten chicken. Is that better? Well, I can drive it without triggering my gag reflex. But the Foulibu has lost some of its charm. My goal now is to get it smelling good enough to sell it.

Those new Malibus look awfully good to me. And they smell even better.