by Pamela | Mar 12, 2014 | How to Screw-Up Your Kids, Puppalicious And Beyond, Rednecking Can Lead to Redneckedness | 10 comments

It’s been crazy girls around our place.

I went to check on our place in Nowheresville and found two of our female goats had kids! Brand spankin’ new ones, and we didn’t even know one of them was preggers. 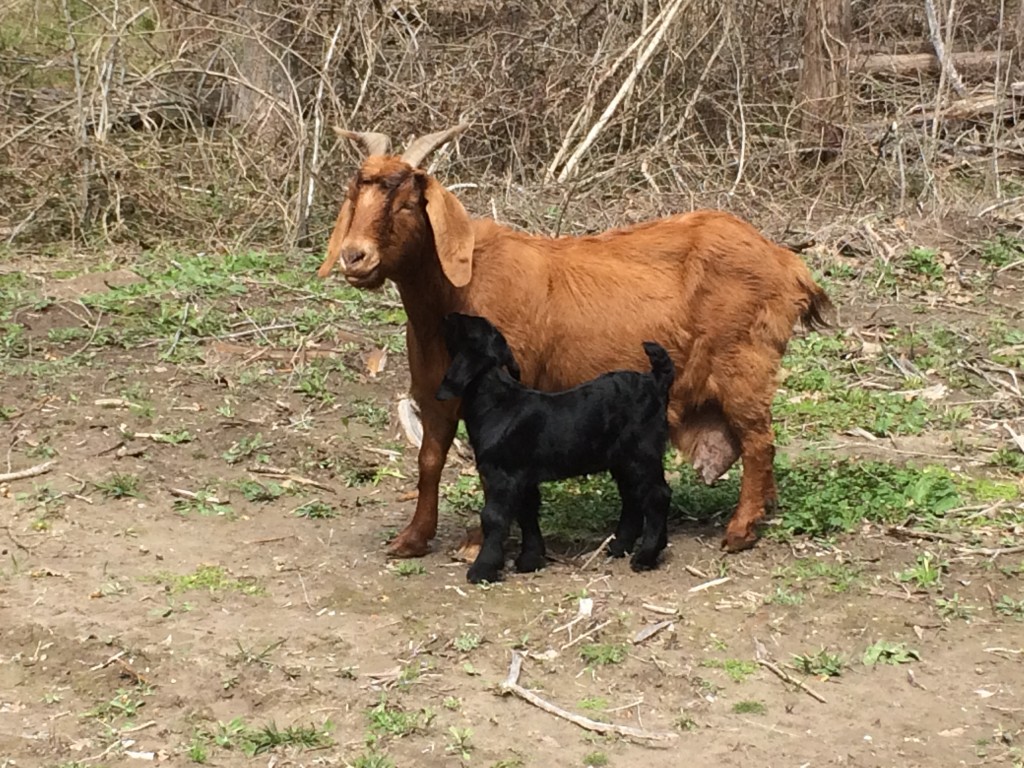 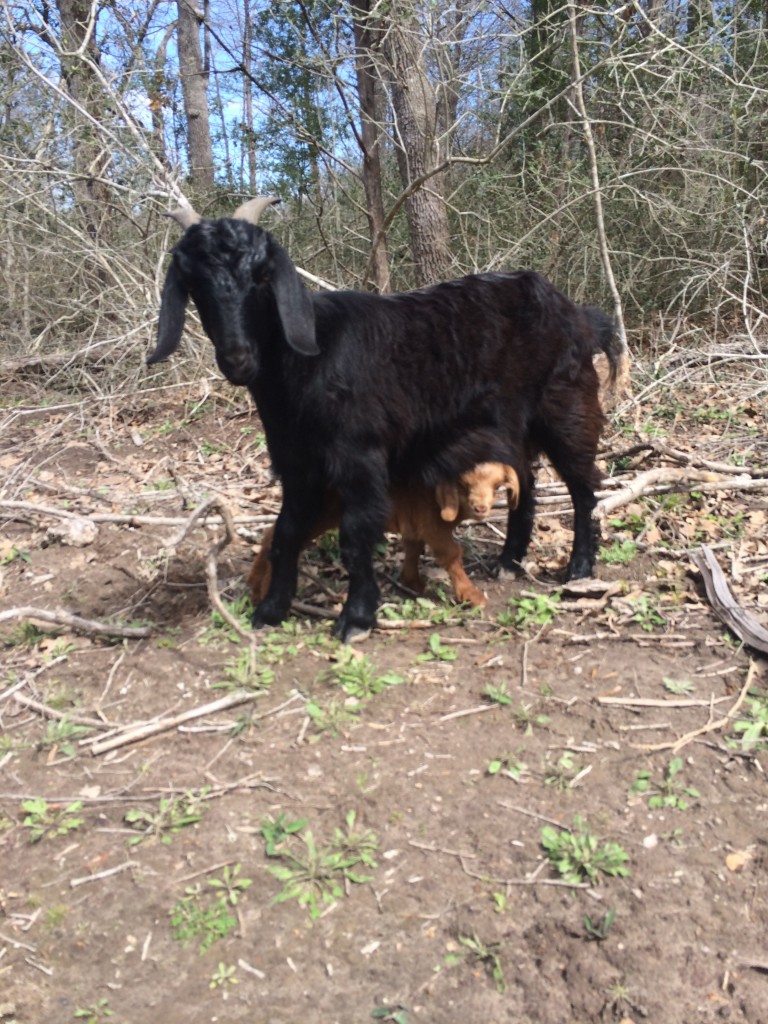 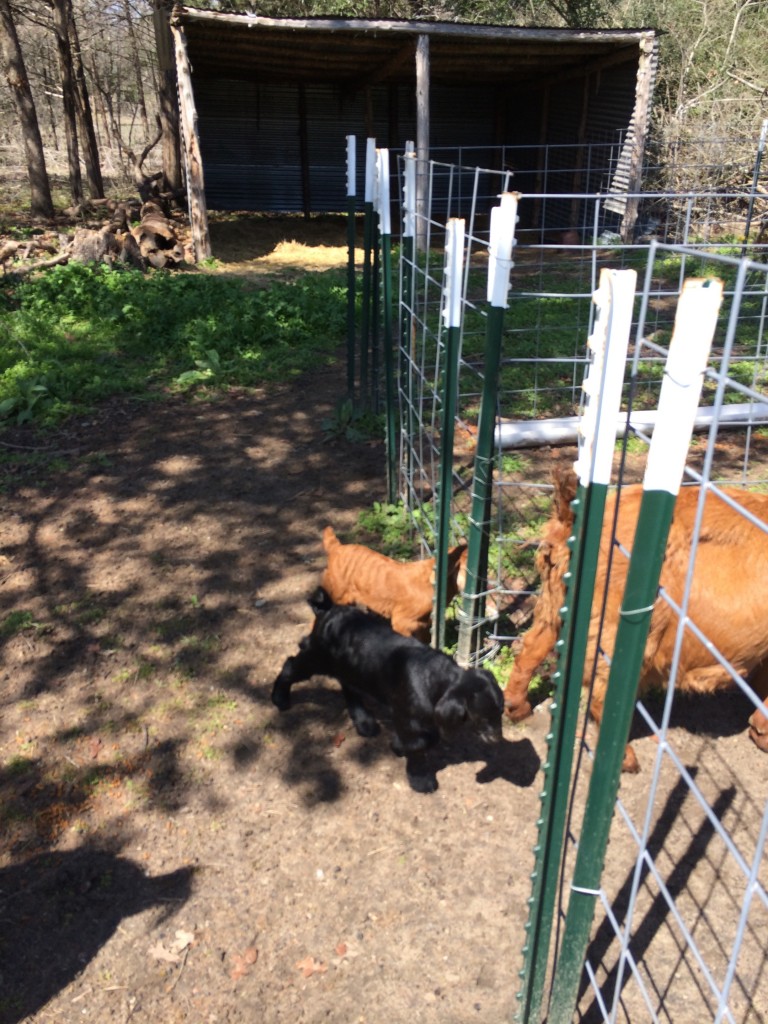 Wild that the red nanny had the black kid and the black nanny had the red one, isn’t it? You cannot imagine how bummed my husband is to have missed this. We’ve waited 18 months for baby goats, and he had to go to Siberia, of all things.

Then I stopped at the feedstore, and it was all I could do not to leave with this little female: 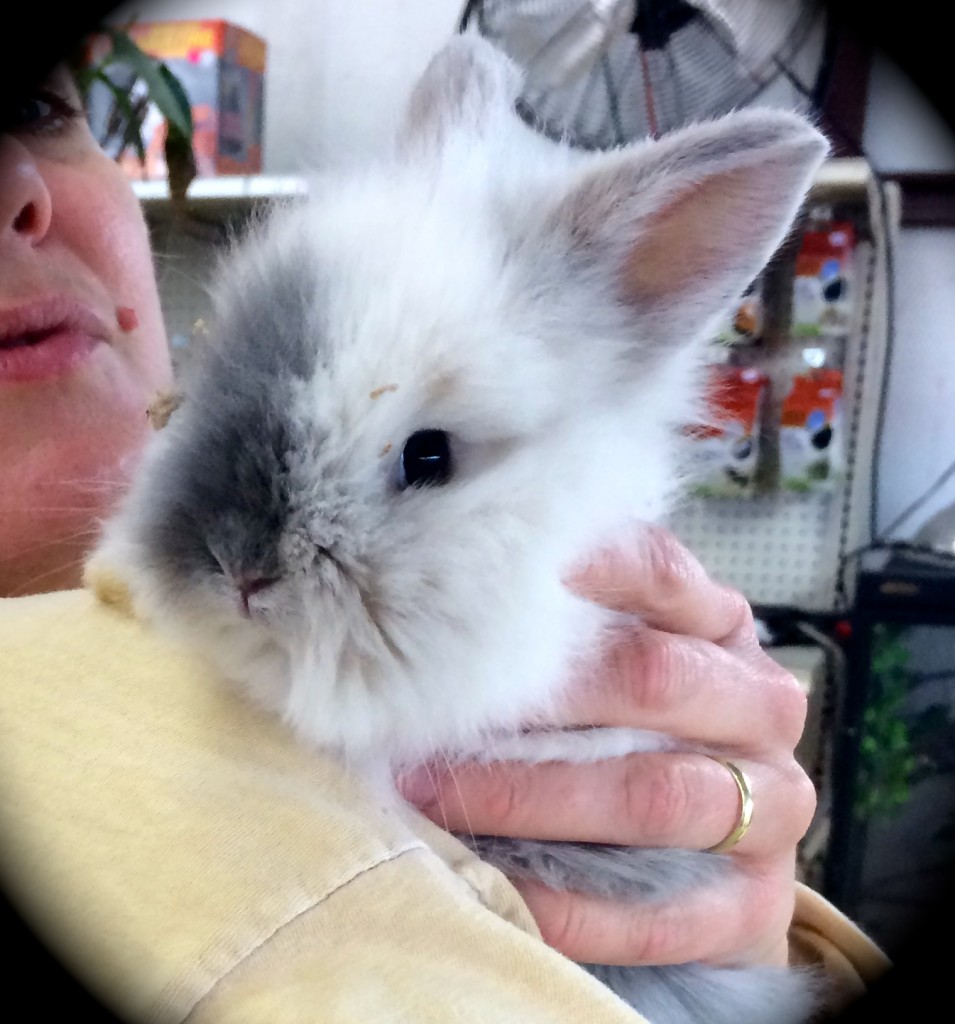 Frequently Eric and I say, “I love you more than bunnies,” to each other. Since the only reason I didn’t buy this little Lion’s Head rabbit was so I could travel more with Eric, I guess I’ve proved it’s true.

Next, we had the Houston Livestock Show and Rodeo for Susanne. 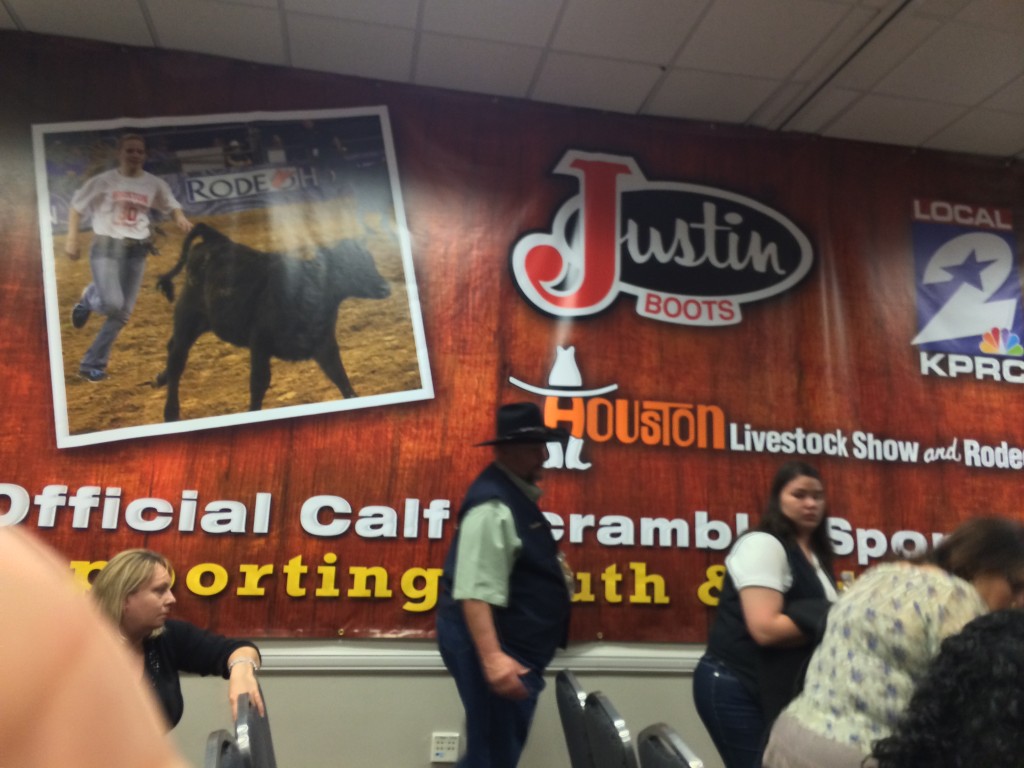 They do a first class job, from the get-go. 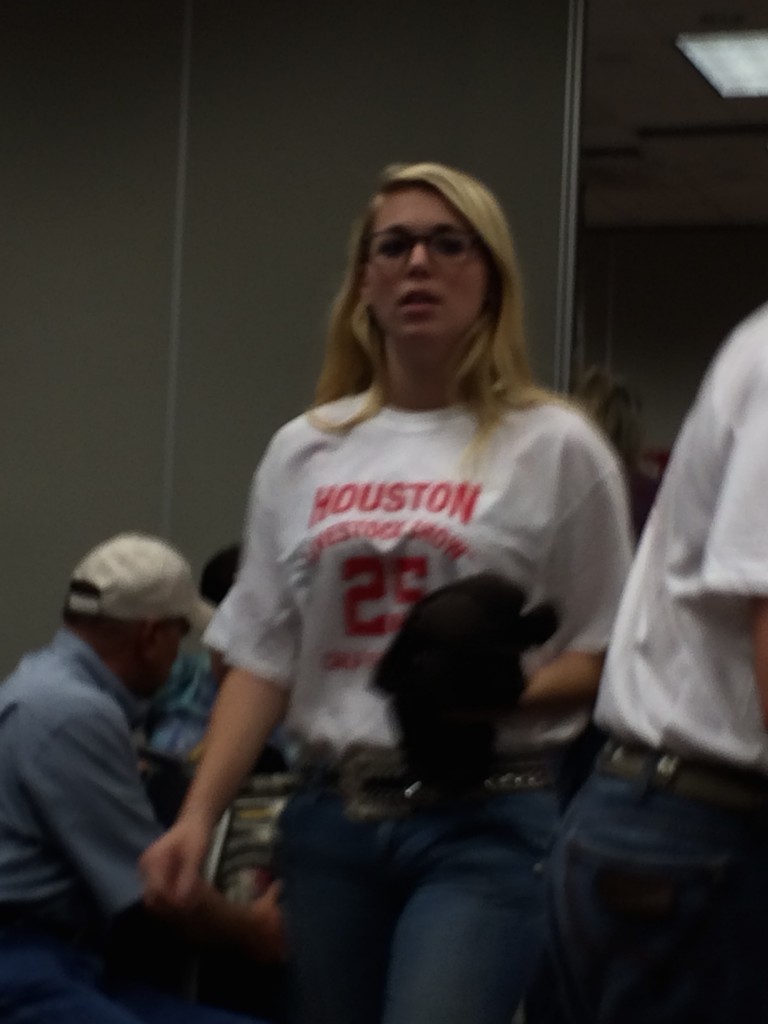 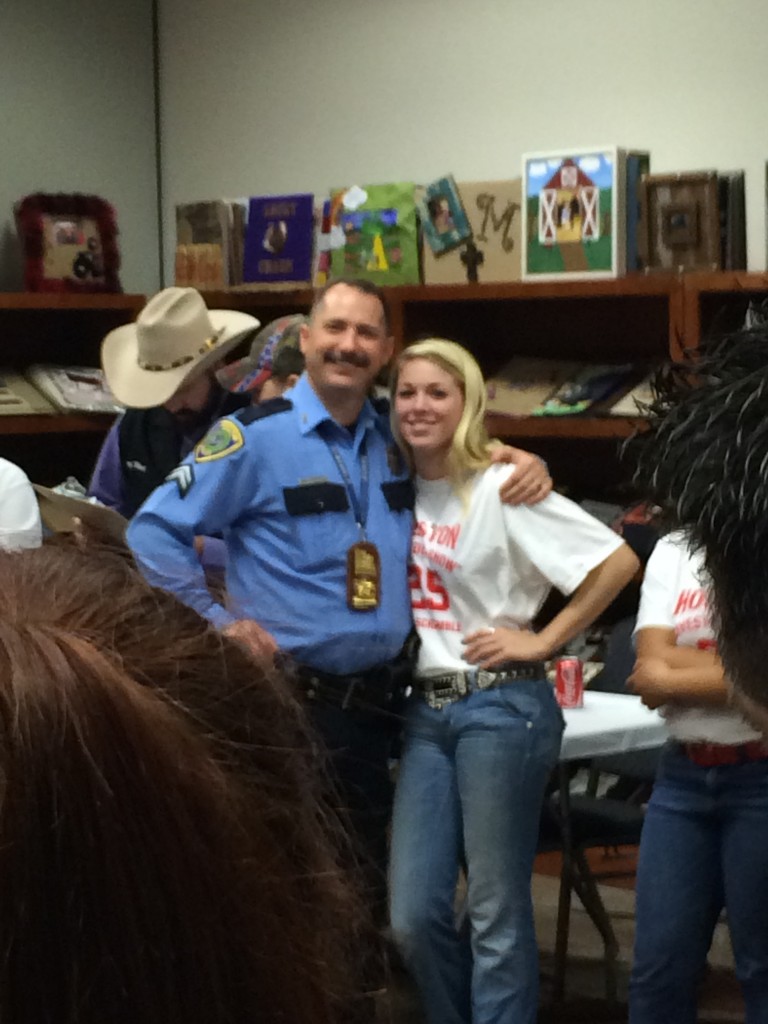 Each night the Houston Police Department sends a posse to escort the kids and pump them up. They’re total jokesters and really skilled at getting the kids to relax. 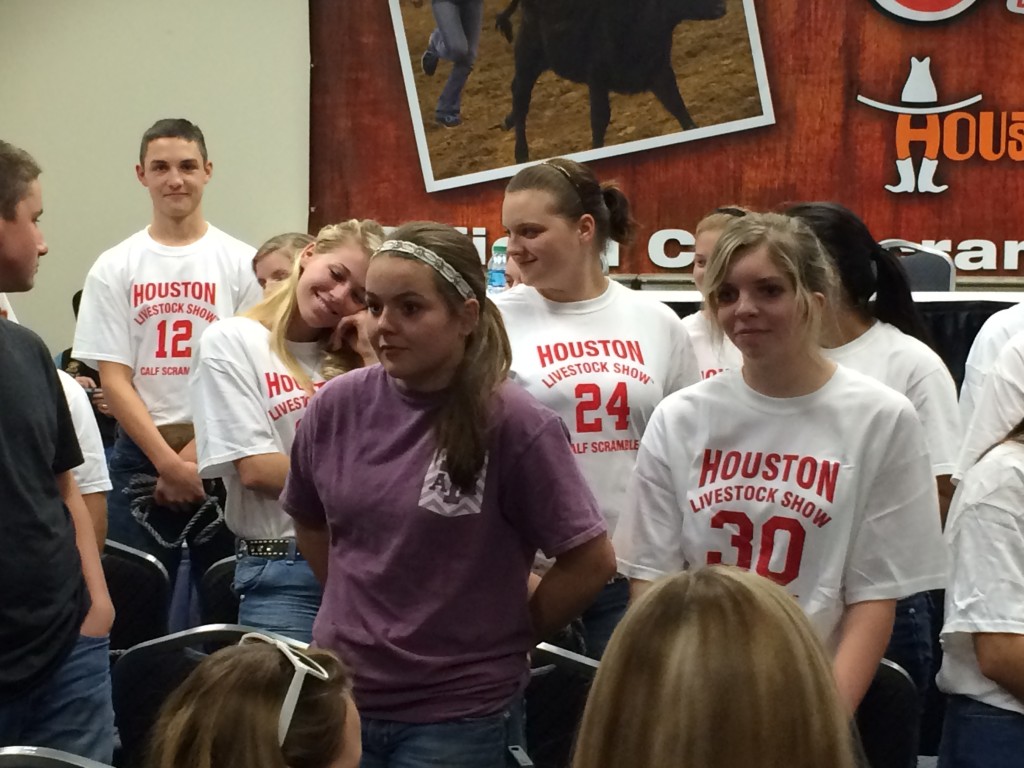 Right before the group left the “green room” for the rodeo they told the kids to turn around and let the parents take pictures of them. This is Susanne’s idea of “letting” me take her picture. The girls on either side of her had to help me rotate her a little bit. #stubborn 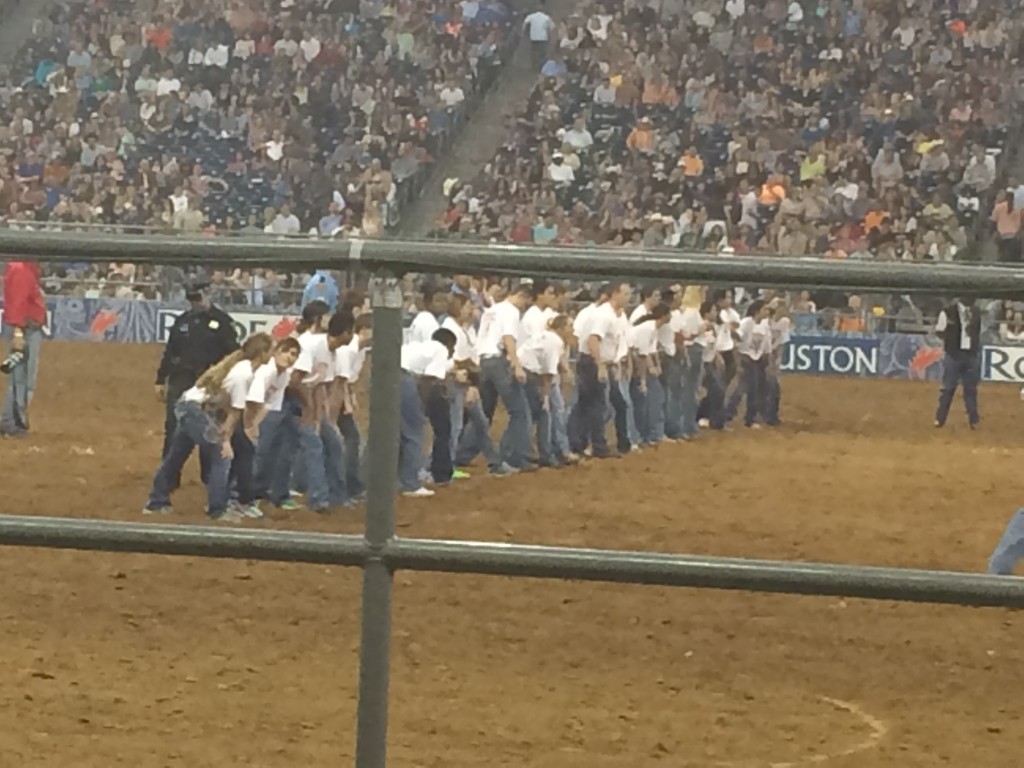 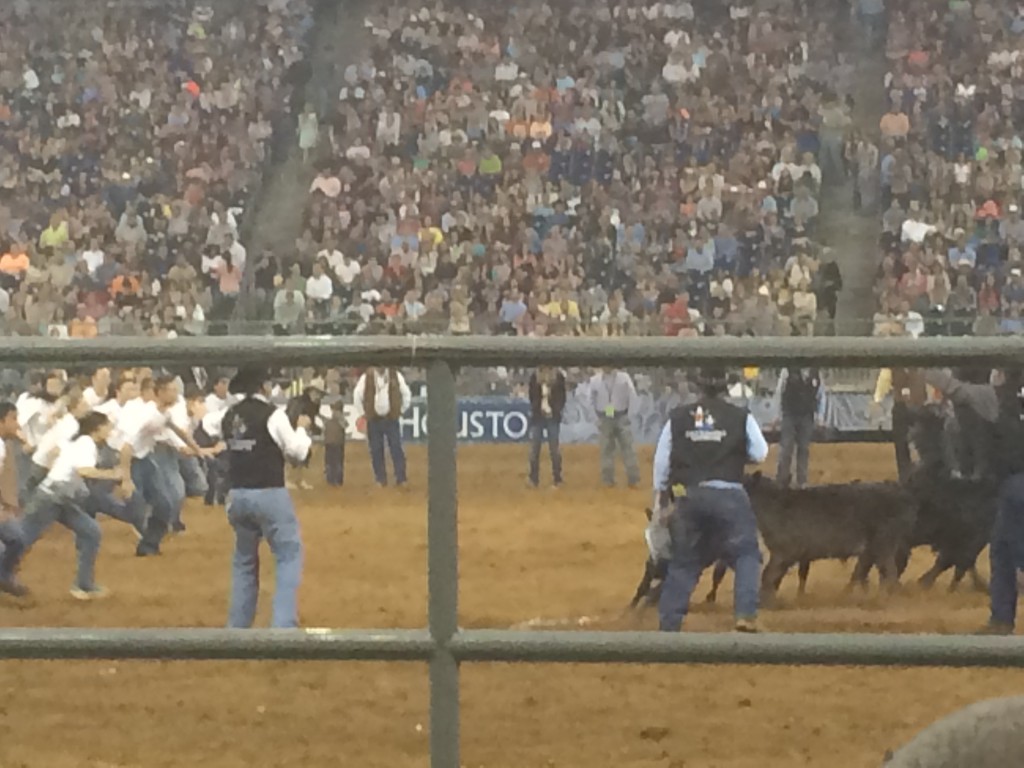 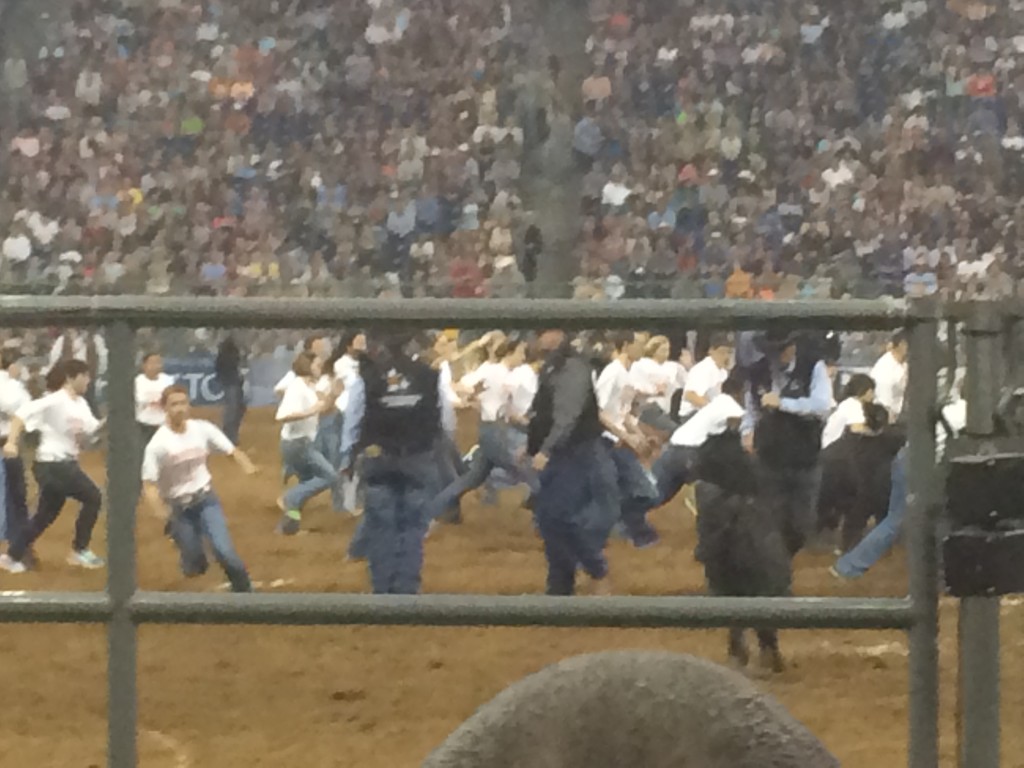 It was pandemonium! Later Susanne proudly showed us that the entire front area of her pants and behind her belt buckle was filled with “dirt (if there was anything else in there, we didn’t want to know)” from a face plant/calf drag. 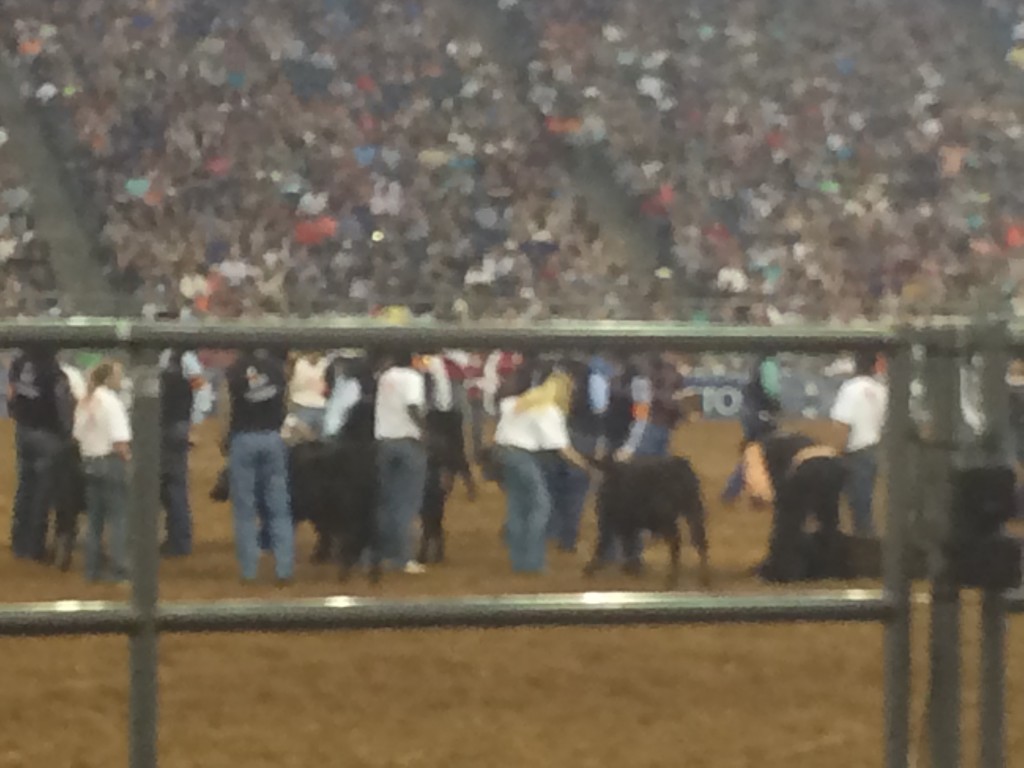 She wore herself out early and I was afraid she wasn’t going to catch–there are two kids for every one calf. But then it happened! It was really hard to take pictures and video while I was screaming and jumping up and down. Here’s Susanne dragging her caught calf into the winner’s or “catcher’s” circle. 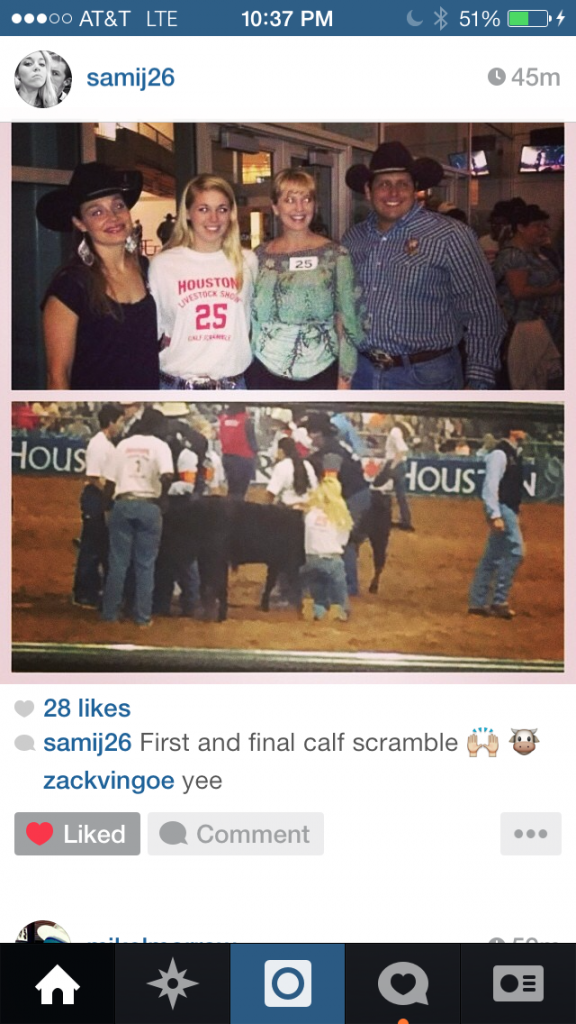 You know a 16-year old girls is out-of-her-mind happy when she posts a picture with her MOTHER to Instagram, along with another shot of her wrestling the calf into submission.

Turns out, though, that the calf was just as tired as Susanne, and she said that once she had the calf by the neck, it didn’t resist much anymore. The rodeo ring is three acres. The kids all got a lot of exercise. 😉

And you know what? Eric was bummed to miss this, too.

But he did get to see this: 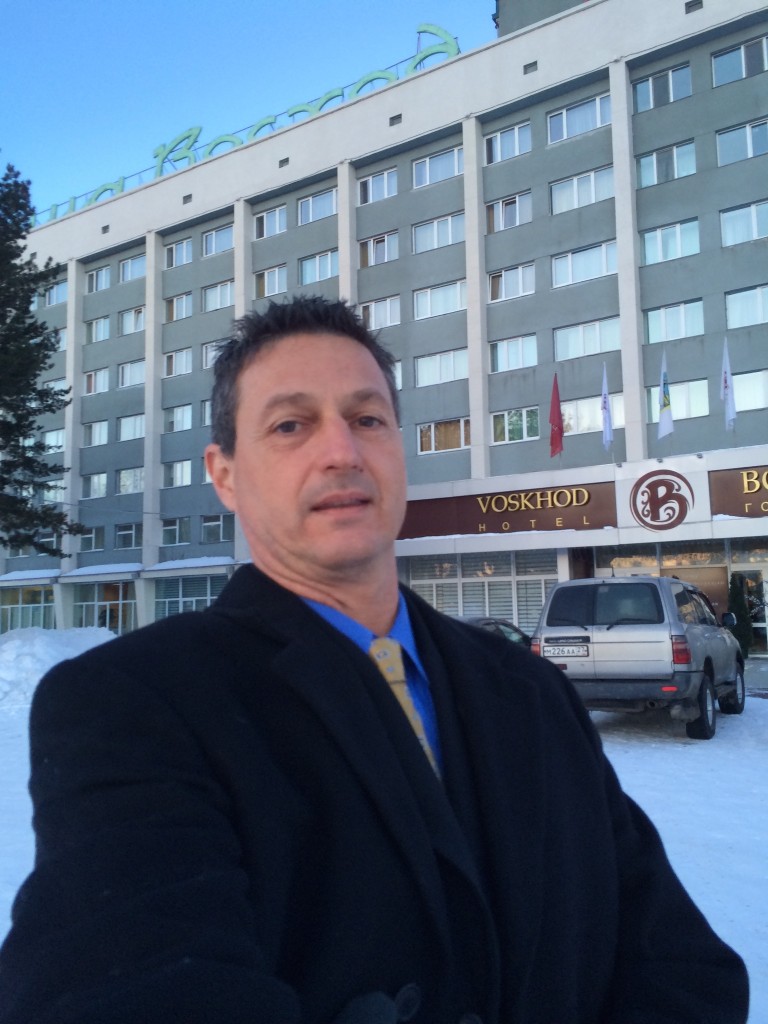 7 degrees Wednesday morning in Komsomolsk, while it was our Tuesday. 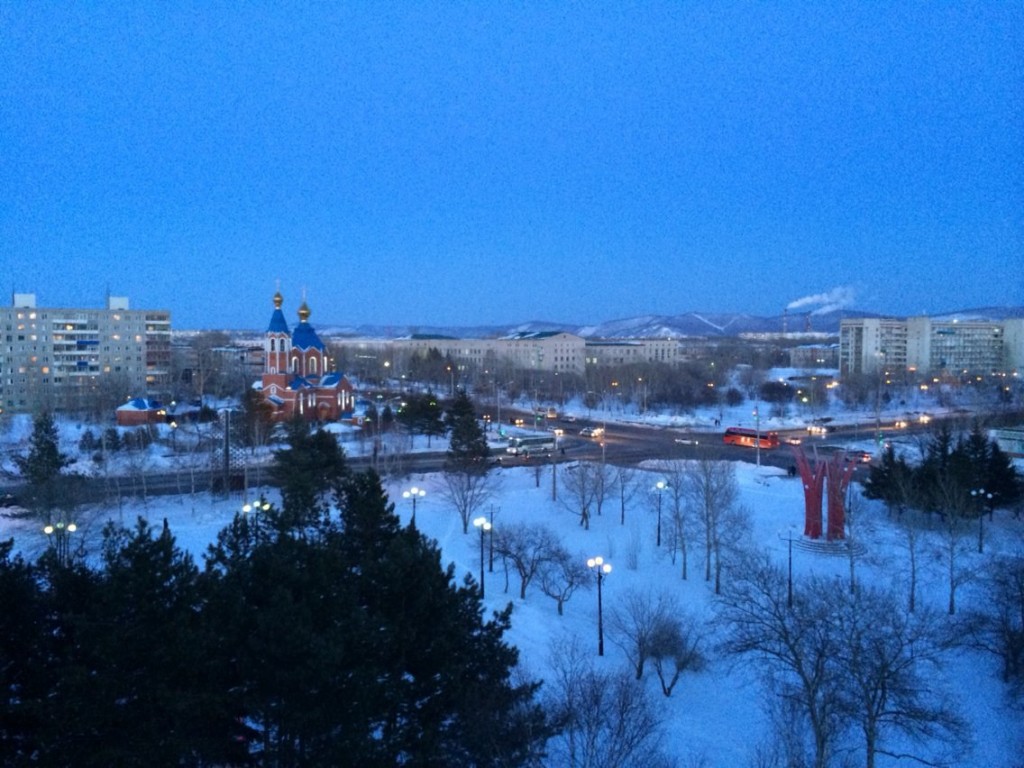 The view from his hotel in Komsomolsk. 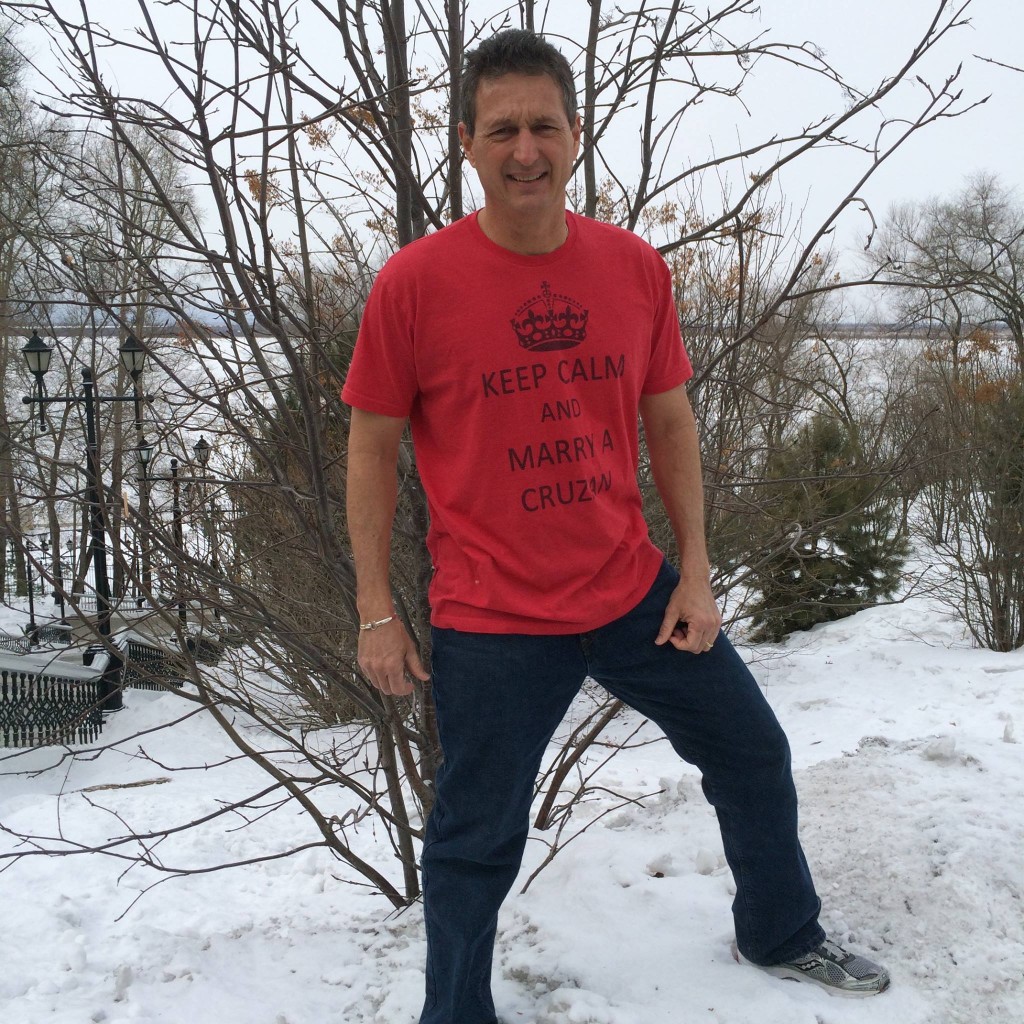 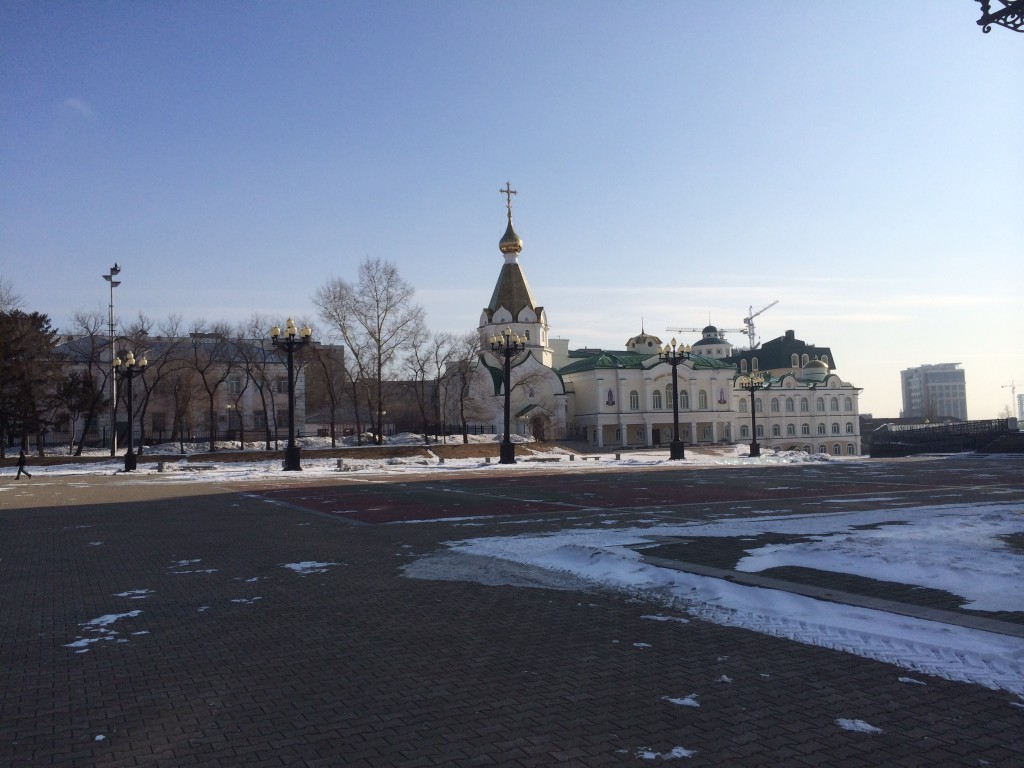 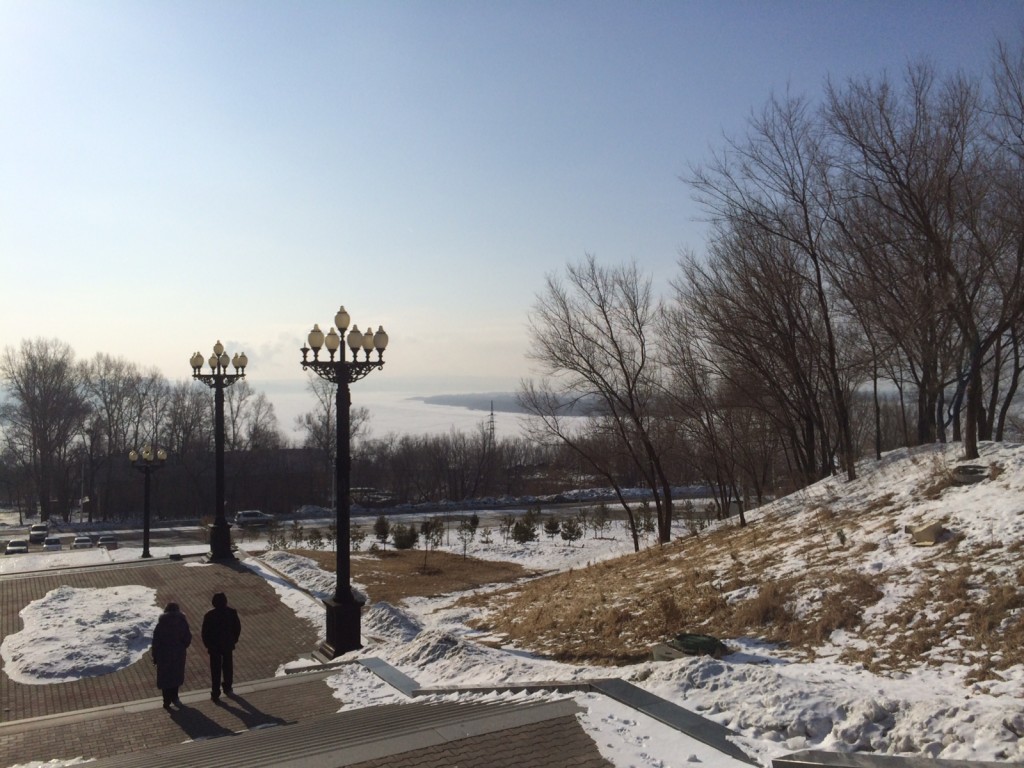 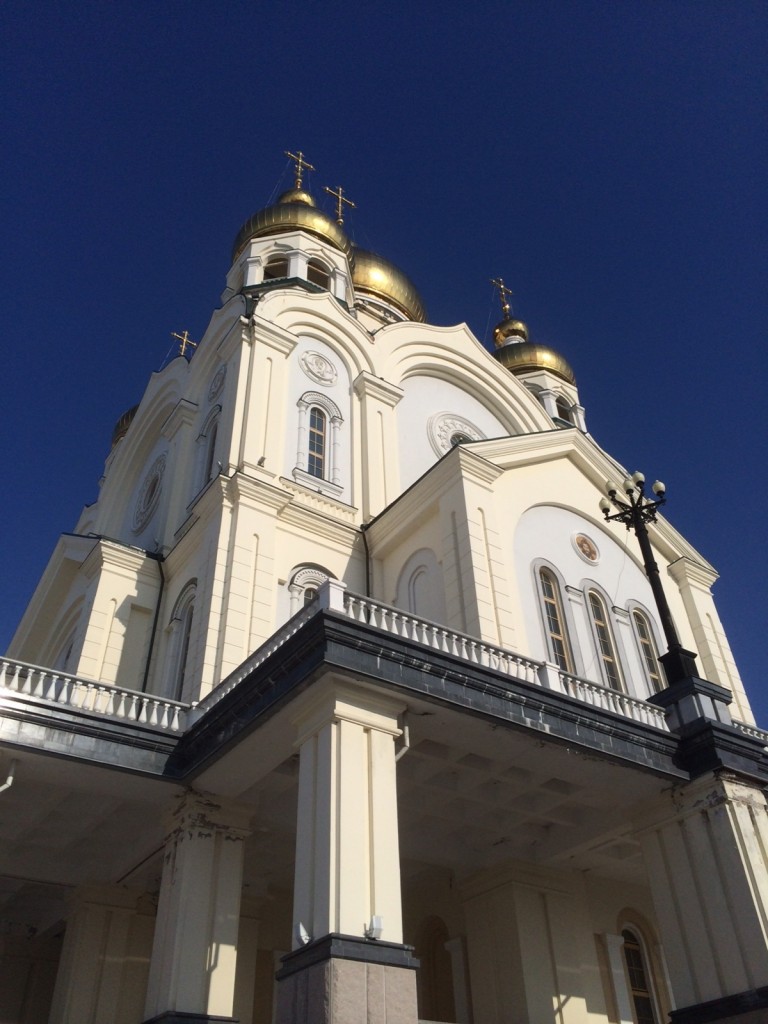 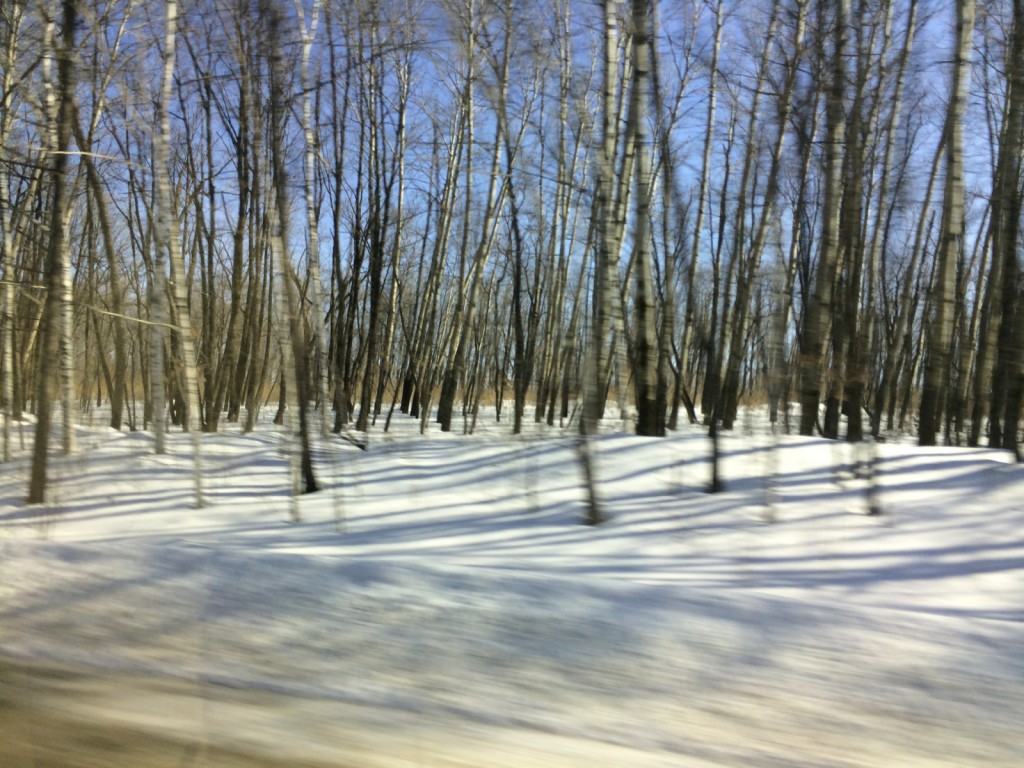 View out his car window on the drive from Khabarovsk to Komsomolsk. 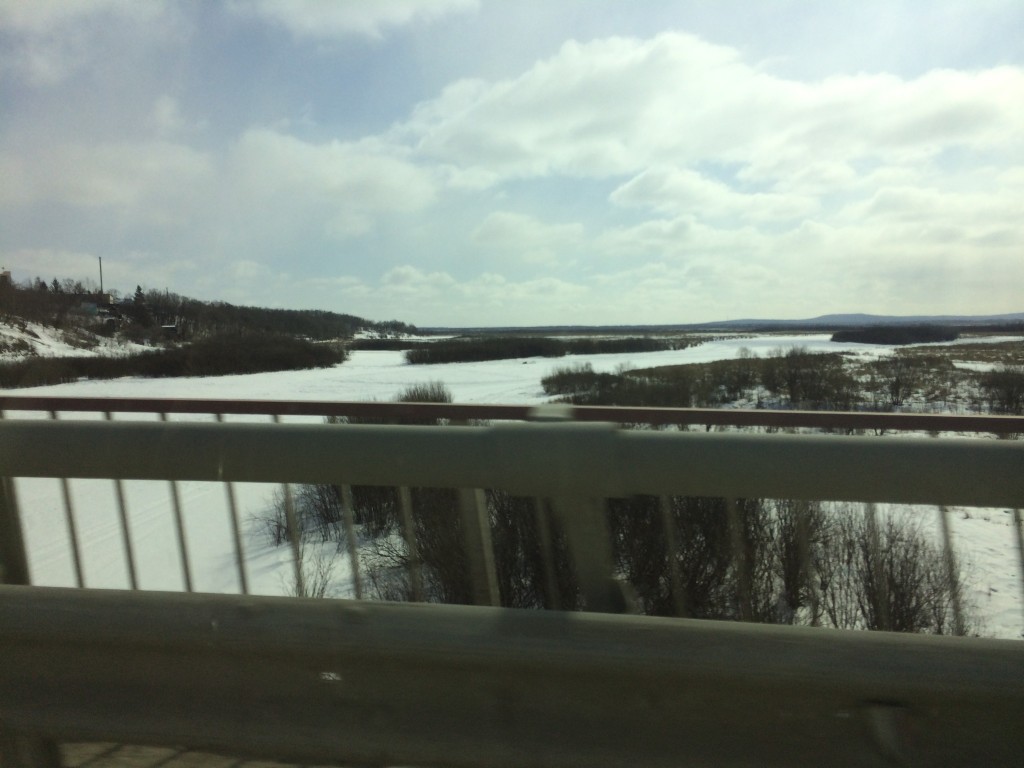 And besides, I loved him more than a bunny.

p.p.s. If you want to catch me writing about indie publishing, and BookBub, check out SkipJack Publishing’s Skip All the Jack blog.