I’ve started a secret society of supporters, dubbed by one of its 72 inaugural members the “Knights of Pamelot.” 😀 You can join and get first dibs on beta reading and SWAG like this: 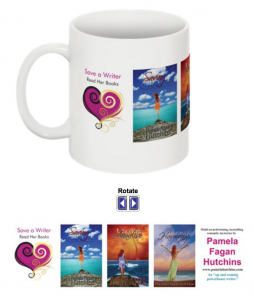 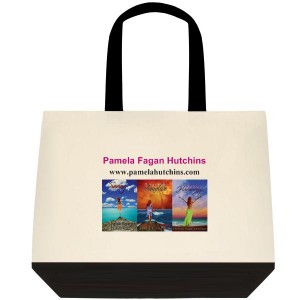 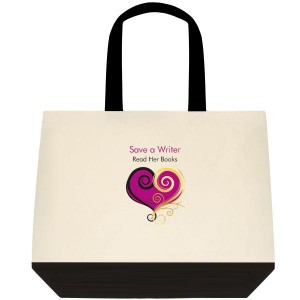 Comment or email me if you want to be a KofP. (You can buy the mug and tote on my website too).

Book events of the week: I will be in College Station, Texas speaking at a lunch event and at an evening book club. Fun stuff! My 16-yo Susanne is on spring break, so she’s “coming with,” as we said growing up in Minnesota, only with a Texas accent, because that’s how we roll.

Today was supposed to be the start of the downhill stretch. Day thirteen. Eric in Angarsk (just north of Mongolia). He would have been home in 12 days.

Instead, his trip has been extended another week. Which is utterly depressing. He’s exhausted, I’m exhausted, and so we chalk up another 168 hours of things missed, and me not there to unburden him from time wasters, like three-hour migraine med sourcing trips–because it is clear he will run out since his trip was extended, and he has to solve that problem now while there still might be time to get a package to him “down the road”–that when added to the need to eat, exercise, and connect briefly with his wife on top of three hours of work to prepare for the next day, each night, have him worn to a nub. And he gets to do it for 19 more days. When he gets home, he will be a ghost. This bites.

I always think of my brother and sister-in-law at times like these, and his much lengthier absences for deployments. It reminds me of the sacrifice of military families. And I know that many people choose jobs that require lengthy absences. It is not what Eric and I chose, and we have profound respect for those people who are able to juggle it, making it look effortless. Our lives are not set up to accommodate this. Frankly, I don’t ever want them to be.

On a positive note, he has done something so sweet and so Eric-like on this trip that I want to focus on that instead. He is posting songs to me on Facebook every day for 30 days, in homage to our #30PositiveDays challenge in How to Screw Up Your Marriage. Just a sample: 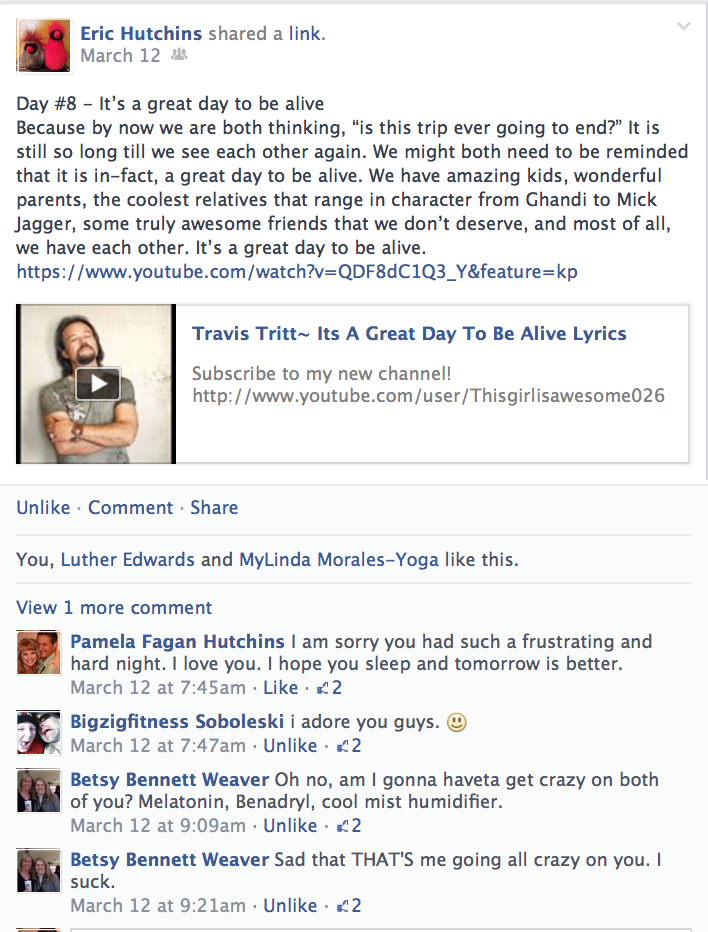 And this was before he got the bad news. *Sigh* Send good thoughts.