Pamela and Her Terrible, Horrible, No Good, Very Bad Day

This month may go down as the longest 32 days of my life, and by that I mean days interminable, days of lengths undesired, days never-ending

Eric is in Siberia all month. Scratch that. Eric was supposed to be in Siberia three weeks and it turns out he is there all month.

I find the traveler role much harder that the home front role. Eric has my empathy. Now and then, though, things here fargle up as well. Last week I got to spend two days in the hospital (and a third on my knees at home) with kidney stones. Just when that lined out, I woke up after a thunderous night of storm to find that our three large dogs had peed the floor. Or, rather, two of them did.

The third, Cowboy, did more than that. In the throes of a seizure (which he has two or three times a month), he evacuated all nonessential fluids from his body onto his brand new bed. It didn’t stay there, though. It flowed across the floor where it seeped into a cardboard box holding a printer, the brand new case holding my pop-up event sign, my essential and overfull signing backpack, and other items too depressing to list. This after I managed a meager four hours of sleep and woke up knowing I needed to hustle to make it to Beaumont for the Listen to Your Mother (a live theater performance of readings on motherhood, see fantastic picture collage below by Elaine Alguire and Jennifer P. Williams) rehearsal.

So I blotted, mopped, washed, and discarded. Forty-five minutes later, I lugged my sad backpack to the front porch and started removing items, in a hurry. I grabbed a handful of stuff. My fingertip somehow pushed into the V of a pair of scissors as it closed under the weight of the load. It didn’t hurt that bad. It smarted. A mere bee sting.

I set my load down and realized blood was dripping and running everywhere: the floor, me, the table, my clothes. For a moment I had absolutely zero idea what to do. I was too tired and stressed for common sense.

“Ew, Mom, gross, stop,” Susanne said. She is a sensitive soul, is she not?

“I think I cut myself pretty bad,” I said.

I nodded, and started toward my bathroom. “Can you feed the dogs OUTSIDE and don’t let them in and then finish unloading my backpack and throw it in the wash on the heavy cycle with the towels?”

“And I have to drive to Beaumont. But I really don’t think I need urine and fecal matter in this,” I held up my gusher for dramatic impact, “do you?”

Meanwhile, 7,000 miles away in Russia, Eric had eagerly awaited my rising from his new locale near Samara. Our habit was to open Skype and “be in the same room” even if we were too busy to sit down and do nothing but talk. Today was going to be one of those bittersweet-coexistence days, and he was waiting on me to call. I IM’ed him on Skype instead. I include this short IM exchange just because it’s fun to see someone try to type when they’ve almost chopped off their finger. (Click to enlarge, click back to return)

We decided we had time for a quick face-to-face Skype chat. Eric had moved from Achinsk to Samara, a full day’s journey of planes, trains, and automobiles (see pictures below). He was gearing up for his last client visit. A new technical interpreter/traveling companion was due to join him. His last companion had been big and male.

“So when will your cohort arrive?” I asked

“Um, we’ve been emailing and LinkedIn, so we are all set.”

That was a surprise. “Daria as in a she?”

“A child-she. Really young and not a chemical engineer, but they swear she knows what she is doing.”

A child-she sounded to me like a young woman. A young woman who would be traveling with my husband who was lonely and had to work closely with her. “What does she do?”

Now, I hadn’t been sleeping. I’d had a morning of canine bodily functions and blood spatter, I might have even been PMSing, so I will admit that this may not be rational, but WTF*ingF? Haven’t we all seen this movie one too many times? The sexy, brilliant older man (usually played by Harrison Ford or Sean Connery) attracts the much younger woman (hair up, horned rim glasses, tight pencil skirt, played in the past by Katherine Zeta-Jones, Cate Blanchett, and others) with an improbable string of alphabetic genius-denoting acronyms following her name. Through her lust for him, she discovers that underneath it all she’s a brazen sexpot, and off come the glasses and down go the hair. There’s a reasons cliches become just that.

And this was the person who would cheer my husband up on what had been a demoralizing add-on to an already-long trip? Who did I have to thank for this? Because at this point, I wanted to give him or her a righteous ass-chewing. What did they THINK putting her with him, making me feel this way–irrational, confused, alone, vulnerable, old, hating the breathy closeness and time spent in proximity, hating the FACT that every woman that meets my husband ends up asking me whether he has friends, brothers, a dad, or anyone like him for them, as they run their hands up and down his arms and pretend like that’s OK? Why was this OK? Could no one see how this would make the supportive spouse back home feel? Did I even count? Was this the new family-friendly? Because it didn’t feel that way to me.

I believe I might have said as much, in an emotional rush. Loudly.

Eric said all the right things back, which didn’t matter anyway. I already know who he is, and if there’s one person in the world I trust, it’s him. That doesn’t matter. What matters is that I am a human being and so is he and so is whoever this probably-quite-nice-married-with-three-kids woman is. I don’t want anyone attracted to my husband when I’m not around. And the whole thing sucks, and should have gone differently.

I am pretty damn supportive. I stay up until all hours of the night because I know my job is to be the lighthouse, I know it matters and helps Eric with a very mentally, emotionally, and physically tiring experience. I do everything I can to keep him centered and buoyed up so he can be fantastic, even if it costs me dearly in terms of sleep and what I get done. He would do the same for me if I were the one stuck in Russia for five weeks.

Yet, honestly–I don’t feel supportive about this. I feel exposed. I feel used. I feel inconsequential. I feel irrational, sure. But every now and then on a terrible, horrible, very bad, no good day, I would suggest that I am allowed to be.

Anyhoo, time came for me to leave with this wonderful piece of news to buoy me up. I made it safely to Beaumont for a truly awesome afternoon of rehearsals for the Listen To Your Mother Show. I was tired like death, but I had eight cups of coffee that morning, and I started pounding them again as soon as we were released from rehearsal.

I even made it home in time to meet a new calf that Susanne had witnessed the birth of the day before, and to take Susanne on a solo dinner, something that never happens. All I wanted was to go to bed, though, and I stumbled into my bathroom as soon as we got home. I looked up at myself in the mirror. Smeared eyeliner. Droopy hair. And something else. I leaned in. That only made whatever “it” was worse. I grabbed my glasses. I had hideous red welts all over my left cheek.

[You know, it probably sounds like whining to say that in addition to my bad day I have a lot on my plate, but I do, and the stress is eating me up (day job currently very demanding, final preparation stages for throwing the Houston Writers Guild annual conference, writing and writing-related promotional activities, kids, self-care, and the afore-mentioned husband care, and the list goes on).]

Hives. I freaking had hives. Not to mention I felt sick. This was not the visage  I wanted to present Eric with before he started his week with Daria. Oh well. I took some Benadryl, smeared hydrocortisone on my face and pounded 9000 mg of powdered Vitamin C in water. I wanted to sleep so bad, and never get up again.

But someone was waiting for me.

I opened the Skype connection. I updated Eric on the challenges of the day. He totally missed my point.

“That LTYM show sounds great. Was it fun?”

Fun and me don’t usually mix. Work and me mix well. But his question made me realize something surprising. “Yes. Yes it was.”

“That’s great. And the calf was cute?’

“Adorable.” I leaned back into my armchair pillow rest and felt a smile starting.

“How did it go with Susanne?”

“She would never admit it, but she can’t get enough Mama time.”

“That’s the only good thing about this trip,” he said.

“Yes, it is,” I admitted. I had shared some special moments with my 16-year old that I might not have had if he wasn’t gone, like watching her catch a calf in the scramble at the Houston Livestock Show and Rodeo.

So, I let Eric calm me, drank four more cups of coffee, and with a little mood lighting was able to camouflage my hives while we talked until two a.m. It helped. Truly. I am grateful. I am blessed. I am loved.

Normally I would end the story here on this feel good note, which was how the day ended, except that I woke up the next morning, and what do you think the first thing was on my mind?? That’s right: Daria. Gah!!! I still cannot believe a wife on this planet would appreciate her husband trapped in Russia a surprise fifth-week traveling and working closely with a 25-year old physicist named Daria. Feel free to disagree in the comments, but don’t expect to win me over. And, please, save your comment speculating about how hot Daria is and asking for her picture. Those jokes aren’t cute to me yet 🙂

All right, pictures below of LTYM Show Cast and Eric’s travels and travails. As usual, please excuse that WordPress won’t let me do a gallery of photos without forcing all the pictures in the post into it–skip the repeats and go straight to Eric’s Russia pics. Bonus: erstwhile Susanne and Dixie on the front of Southwest Houston news.

That’s all I got, 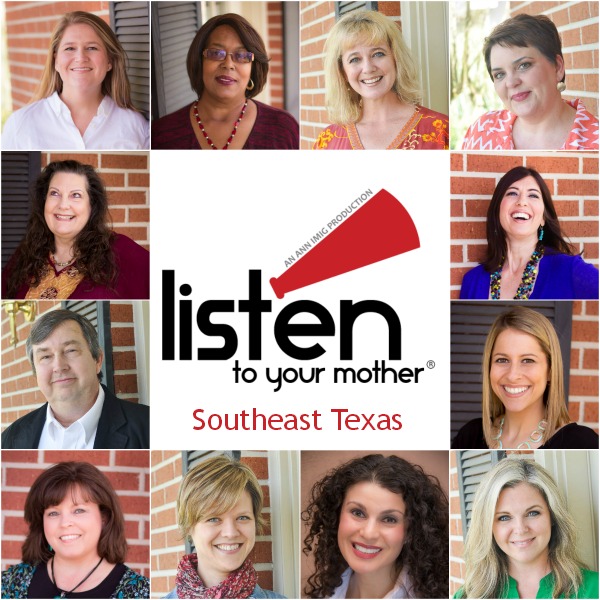 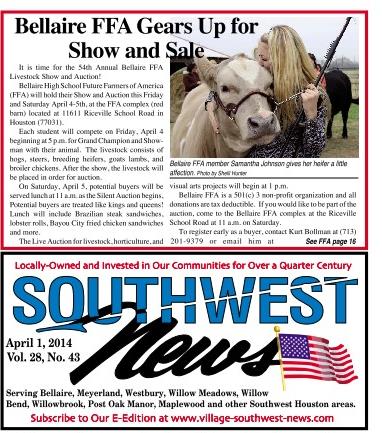