Last summer’s book tour–60-Cities-in-60-Days–covered 17,000 miles over 37 states yet carved out the Northwest for another time. Why? Because the drives between major population centers were so long that we just couldn’t fit it in. Hence, our route this summer covers those states we didn’t reach before. That means that some of our driving days are LONG.

They’re also beautiful, wild, and big, as in big sky. And we do our best to drop books at the smallest, least-funded libraries we can find along our routes on these driving days.

We left Couer d’Alene knowing at a minimum our drive to one of my childhood homes, Buffalo, Wyoming, would take 10 hours. And we planned nine-to-ten library stops along the way. At a minimum each adds five minutes. At worst, they’re half hour time sucks, for the best possible reason.

Meanwhile, we were listening to possibly the most boring audiobook, ever. In the Garden of the Beasts, by Erik Larson. Yegads, How could 11 CDs take so damn long to get through? But I digress.

The first library stop dumped us into construction hell and it took fifteen minutes to find a through-route back to the interstate, with Siri arguing with us every step of the way. Not an auspicious start. However, as we left Mullan, Idaho, I looked to my right and saw a beautiful female moose taking a morning drink from the river. From there on out, things took a turn for the better.

The libraries followed in rapid succession: St. Regis, MT; Frenchtown, MT; Drummond, MT; Whitehall, MT; Livingston, MT; Laurel, MT; Hardin, MT; and Ranchester, WY. They were housed in old community halls, schools, public works buildings, and former restaurants. Some were closed, most were open. All that were open had one thing in common: the librarians were so incredibly grateful to receive book donations. Over the moon grateful. Hint: got some old books laying around? Maybe the warm fuzzy feeling you’ll get from giving back will be worth more than the hassle of taking them there, or the pennies you’d get back from Half Price Books. 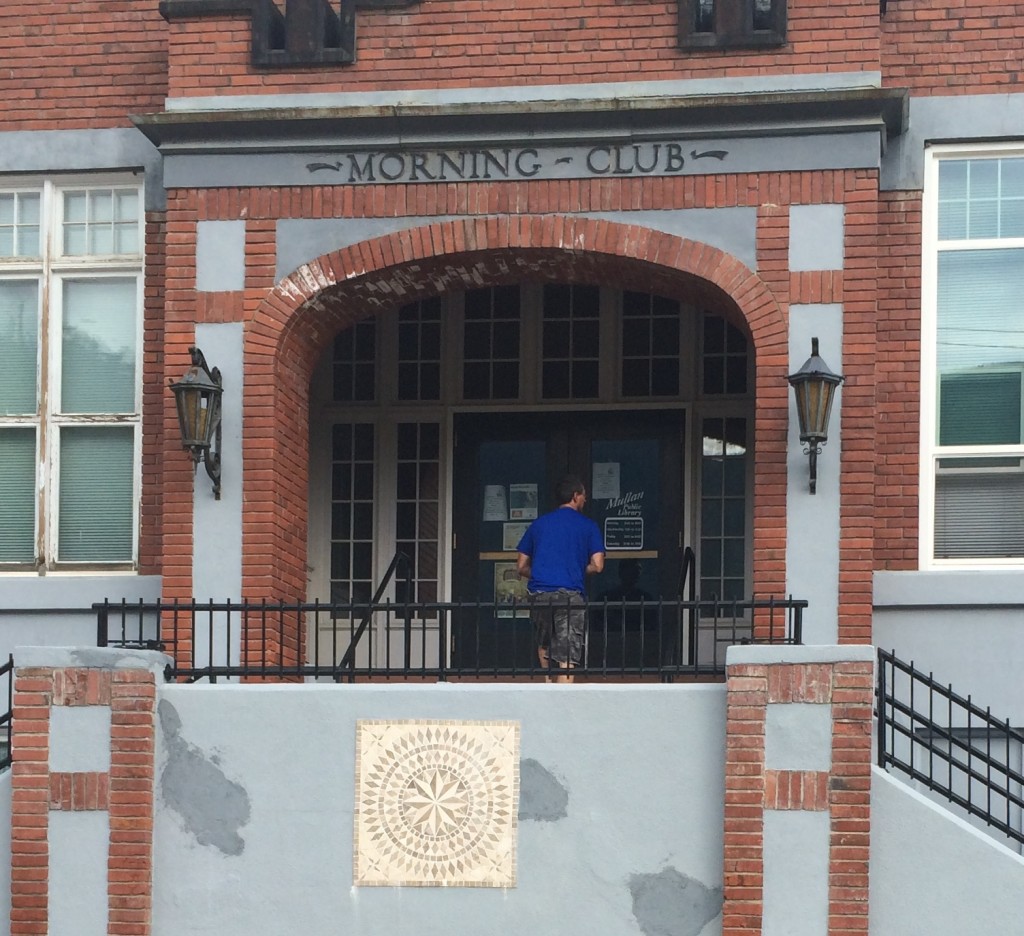 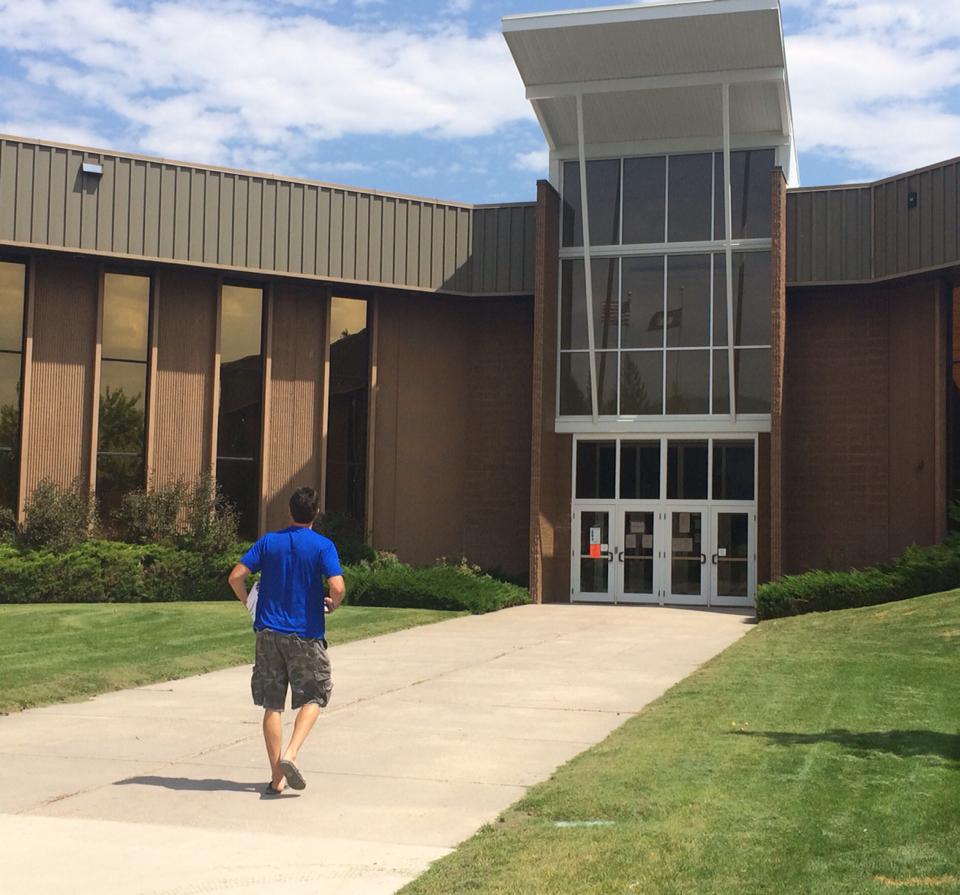 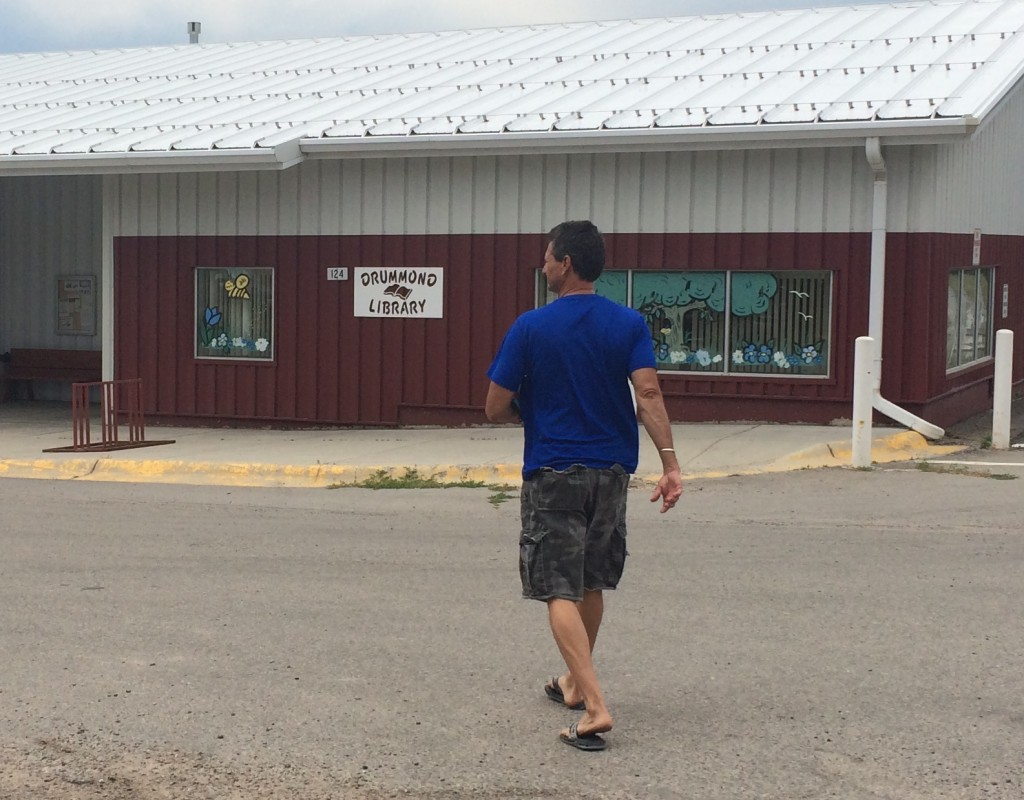 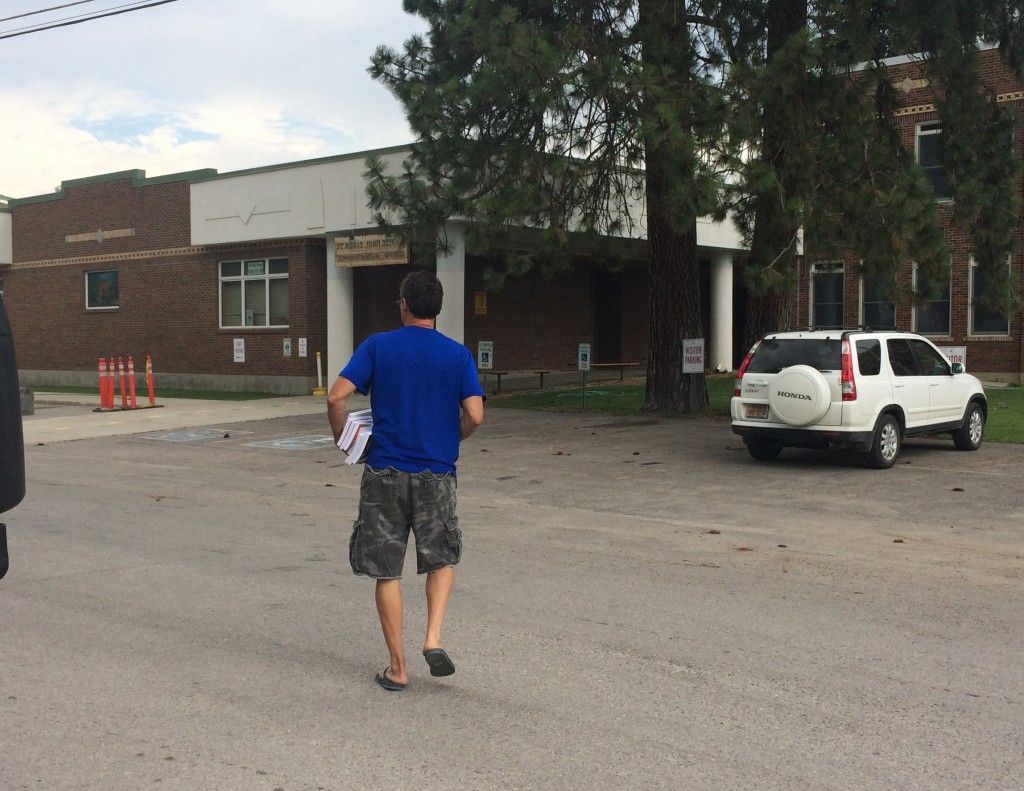 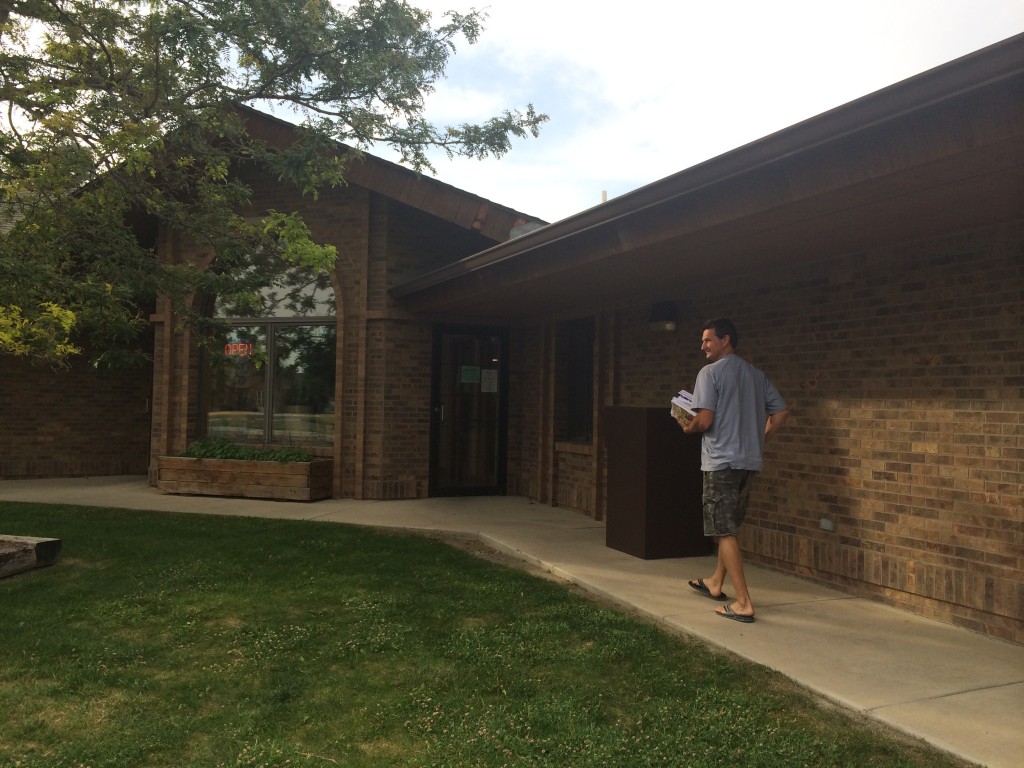 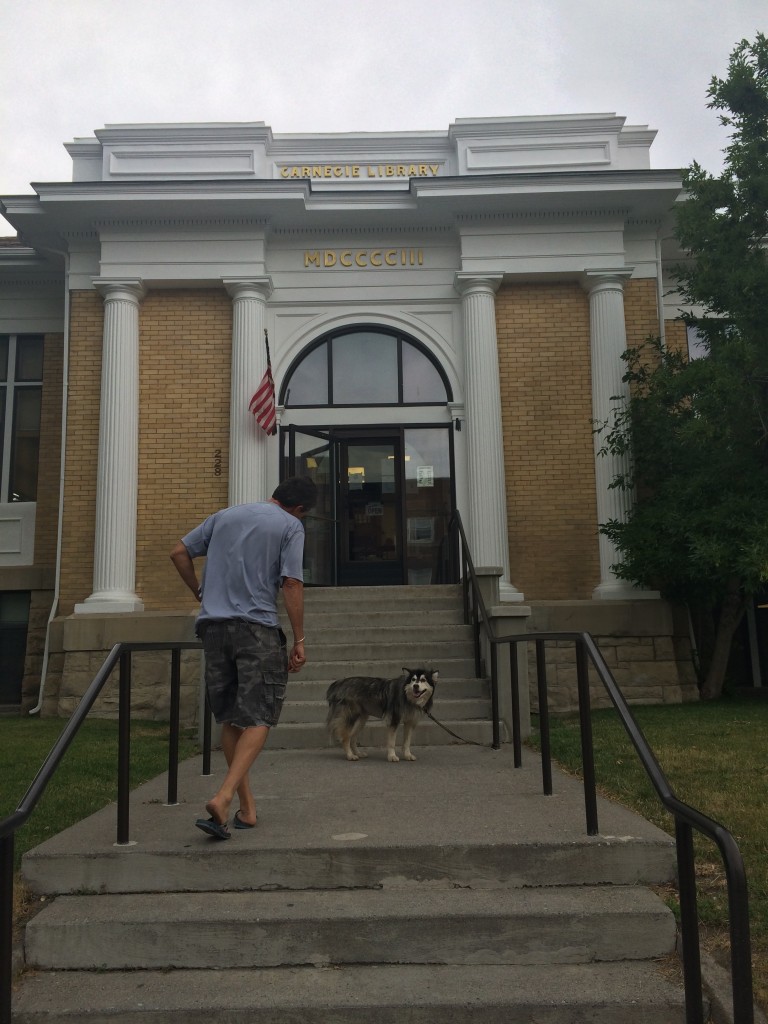 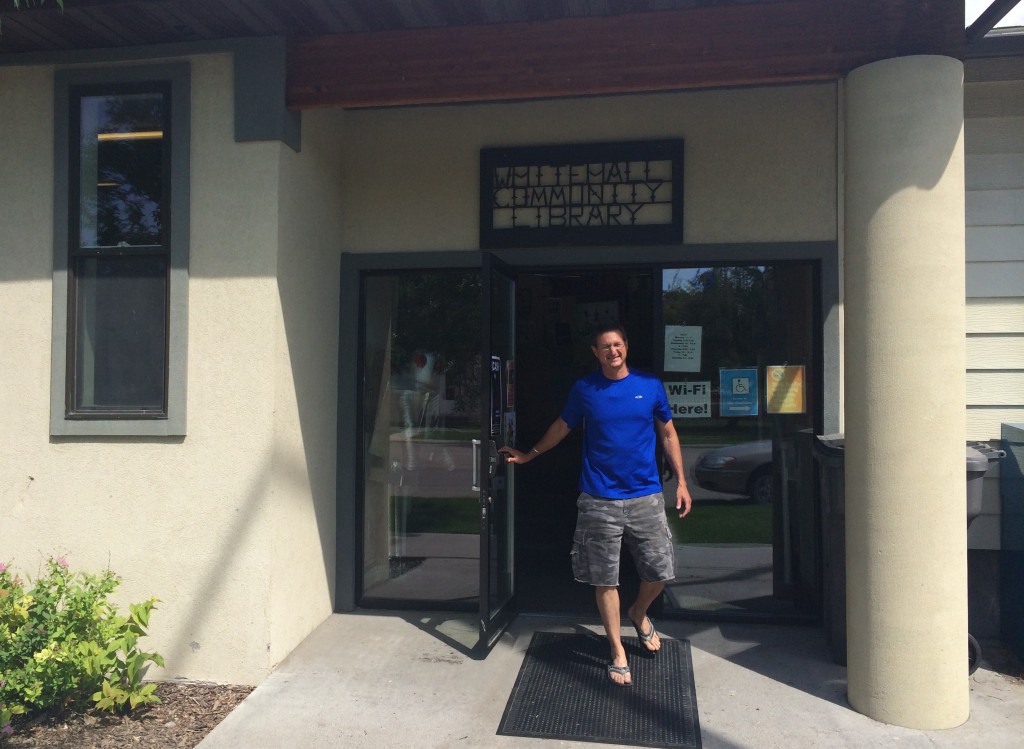 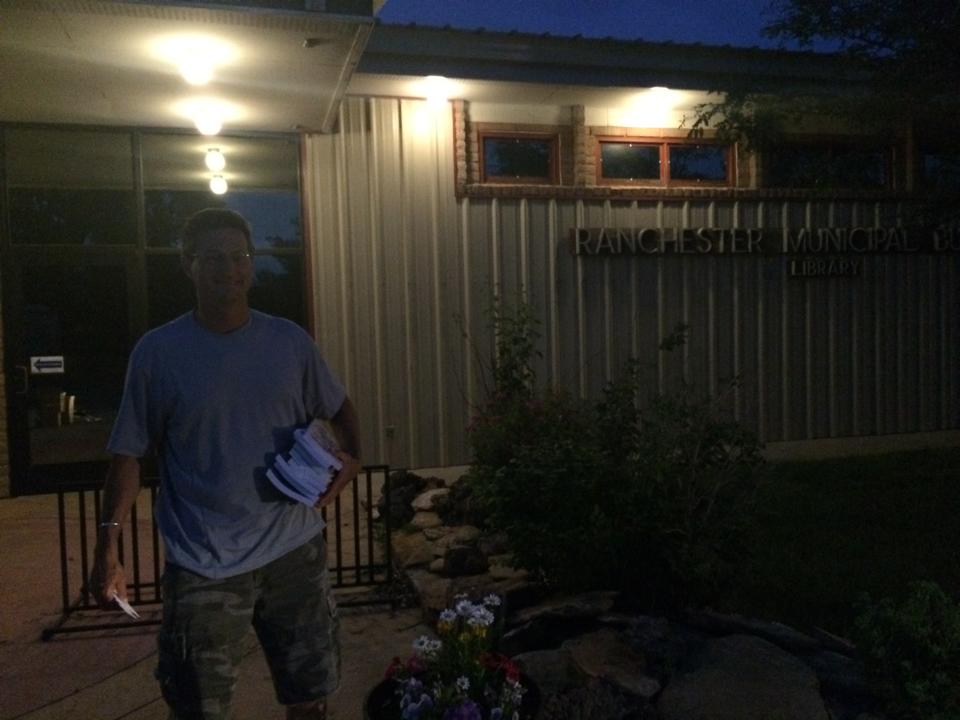 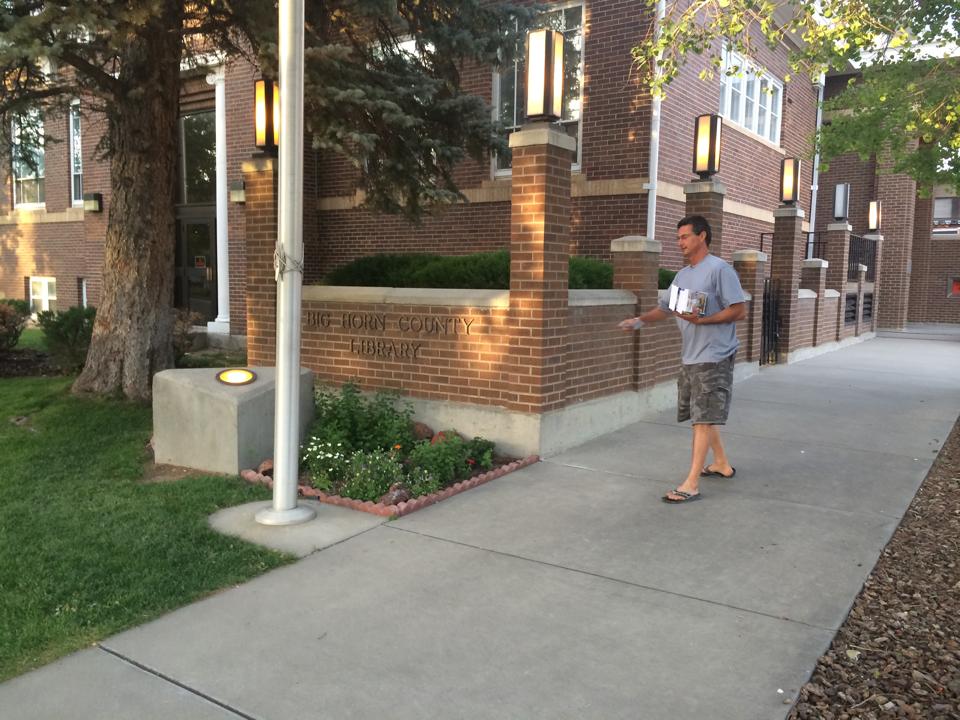 Along the way, we drove through prairies, mountains, foothills, and by rivers, streams, and lakes. We crossed out of Idaho and into Montana and Wyoming. We drove over the Continental Divide, and held hands ocassionally despite the great divide between the seats. I wrote two blogs and worked through my to-do list. We drank a lot of coffee, and talked about the miracle of how well my books are doing.

And we finally arrived in Buffalo. After twelve hours on the road.