Six a.m. central time came awful early the next day in Goddard, KS. It seems the earlier I have to get up, the later I fall asleep. This time my brain was victimized pre-sleep by the work Eric and I had done plotting Heaven to Betsy, the tentatively-titled planned first book in the series starring Emily, the big-haired West Texas friend of Katie in the Katie & Annalise books. The worst part of it was that because I got so little sleep I was too dumb to remember most of the brilliant thoughts I’d had the night before. I scribbled as fast as I could once I’d had coffee, then settled in for a long, long day. 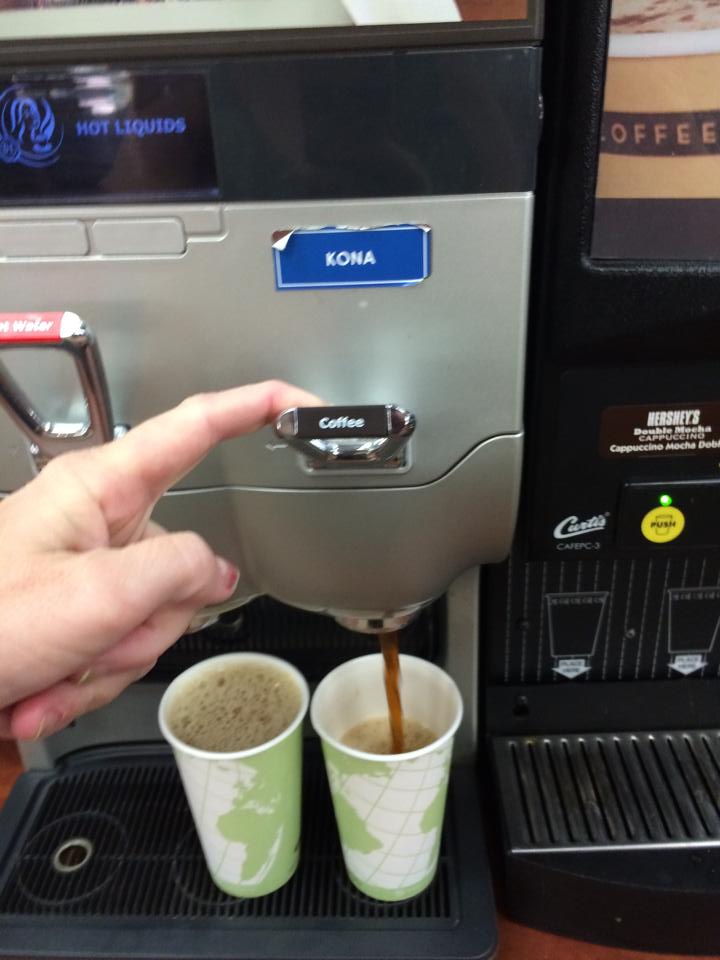 Kona coffee on Day 1 of the Redneck Writer Road Trip. We saw no more Kona for four weeks. 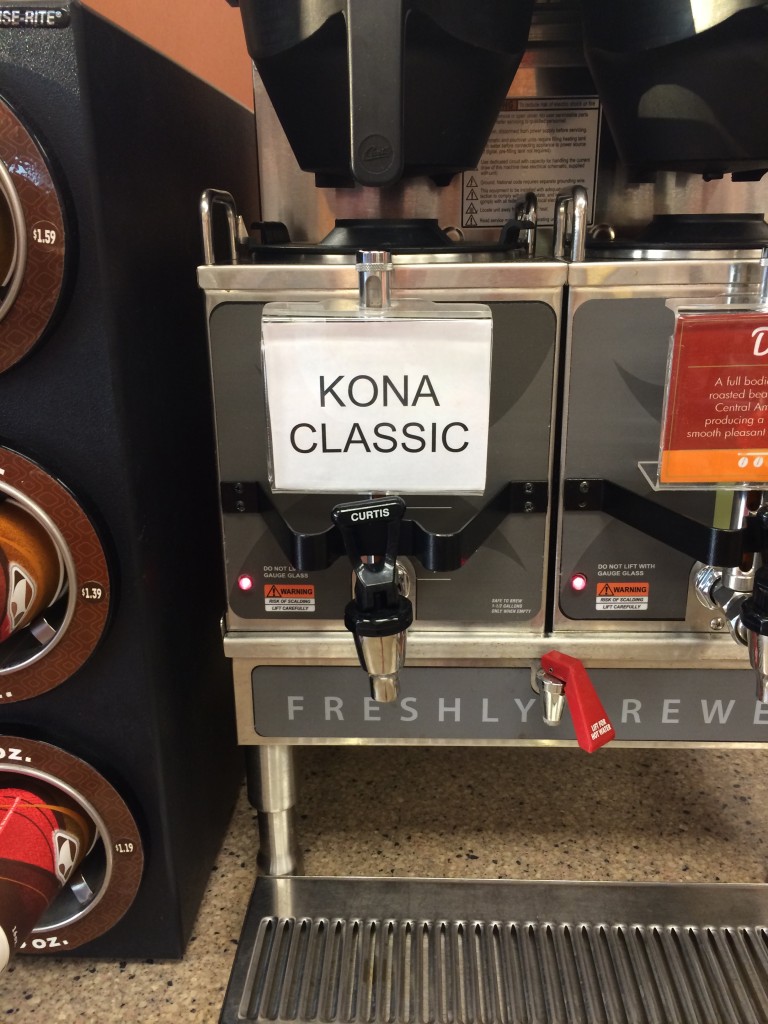 Kona coffee on the last day of the Redneck Writer Road Trip. The symbolism of Kona leaving me and returning after I was done focusing on touring for Katie & Annalise was not lost on me. While I am writing Heaven to Betsy now, I publish and promote Going for Kona next.

First order of business: seven libraries in KS and OK. We hit Haysville and Wellington KS as well as Moore, Guthrie, Purcell, and Ardmore OK, all before lunch. 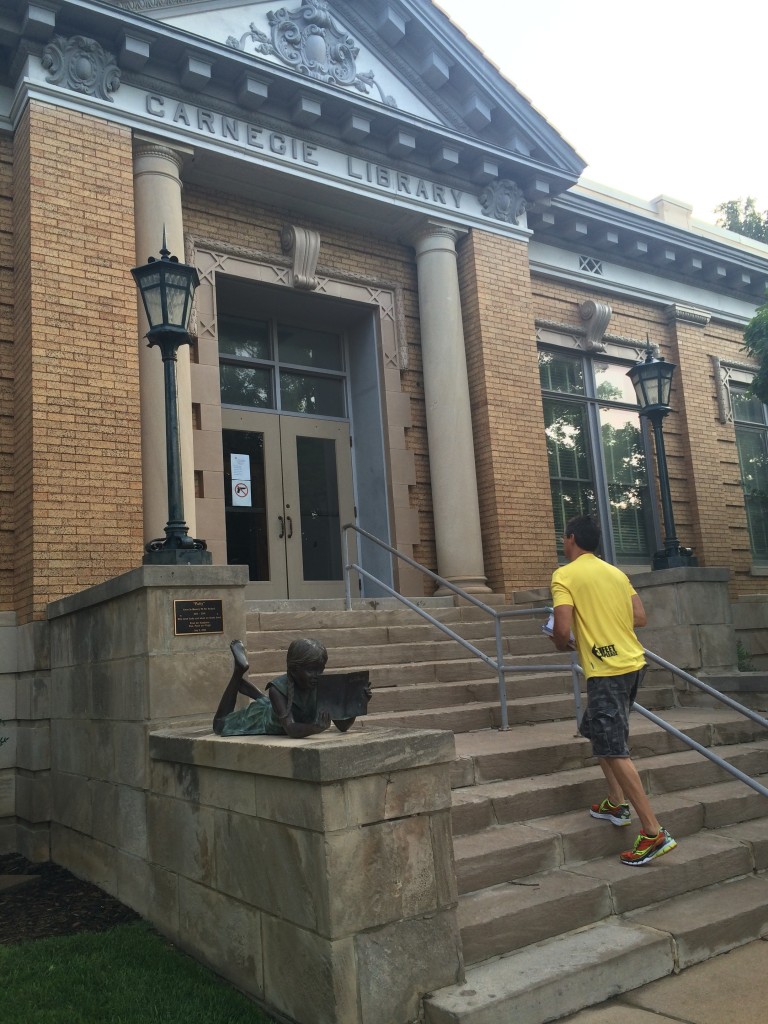 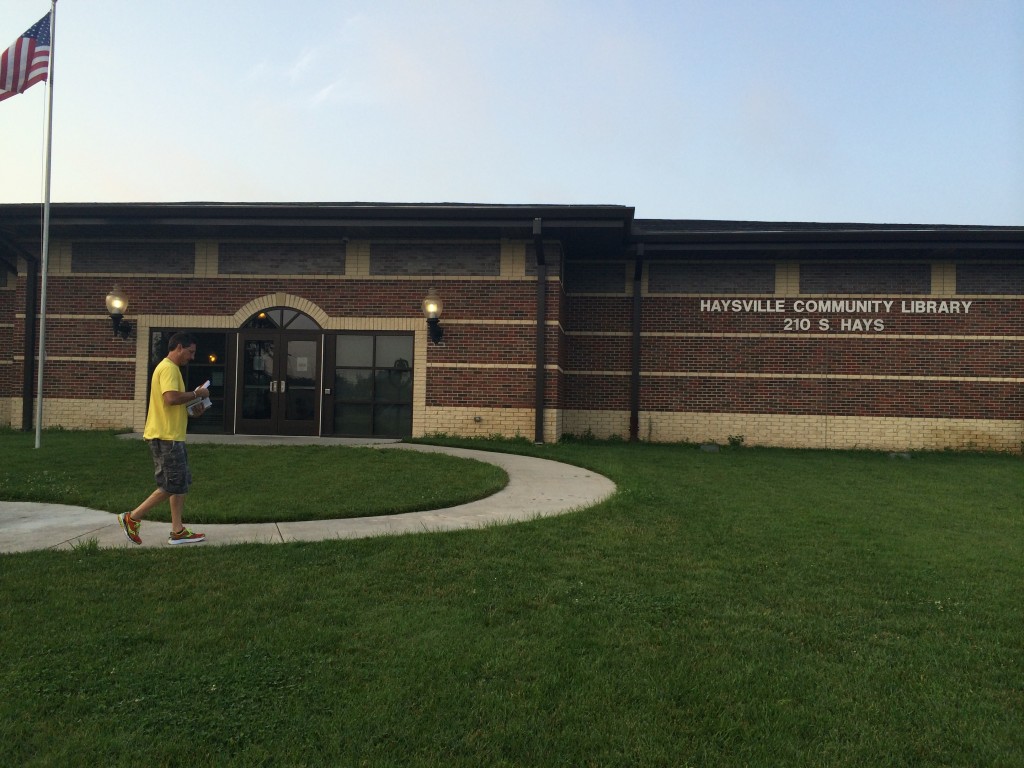 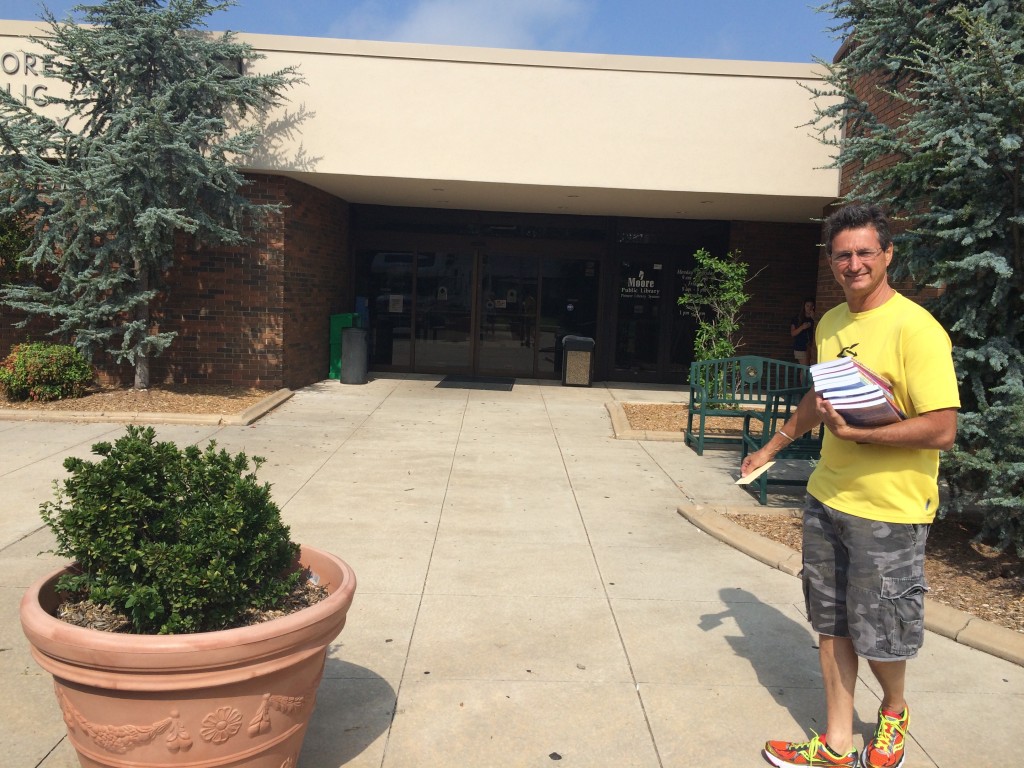 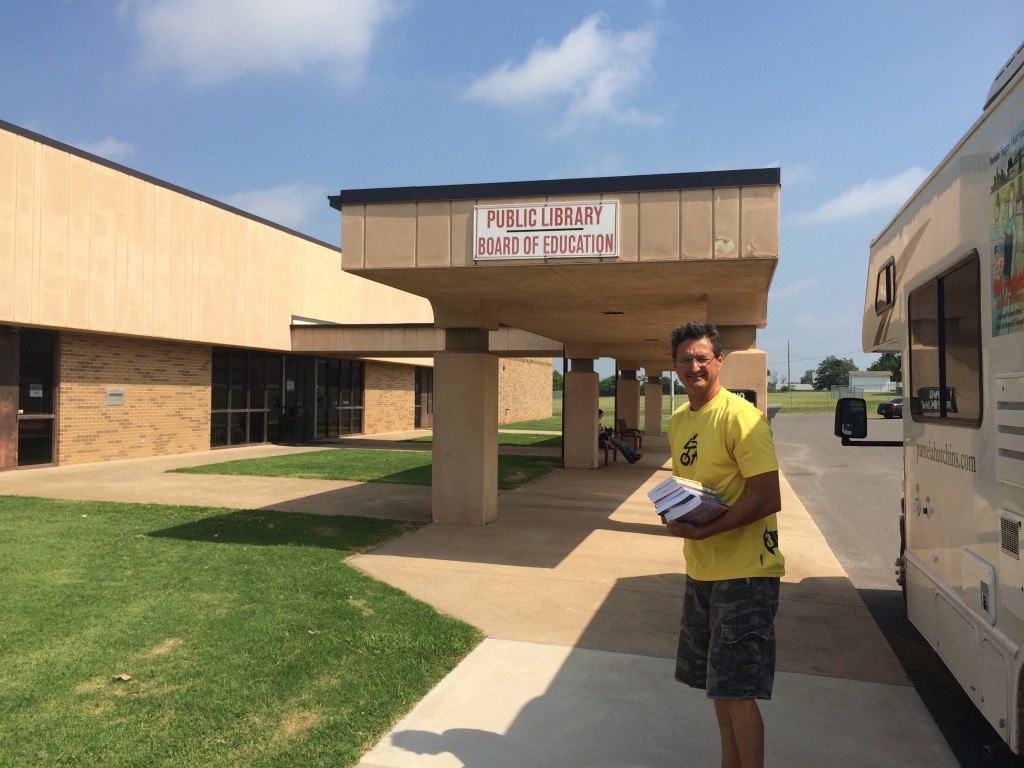 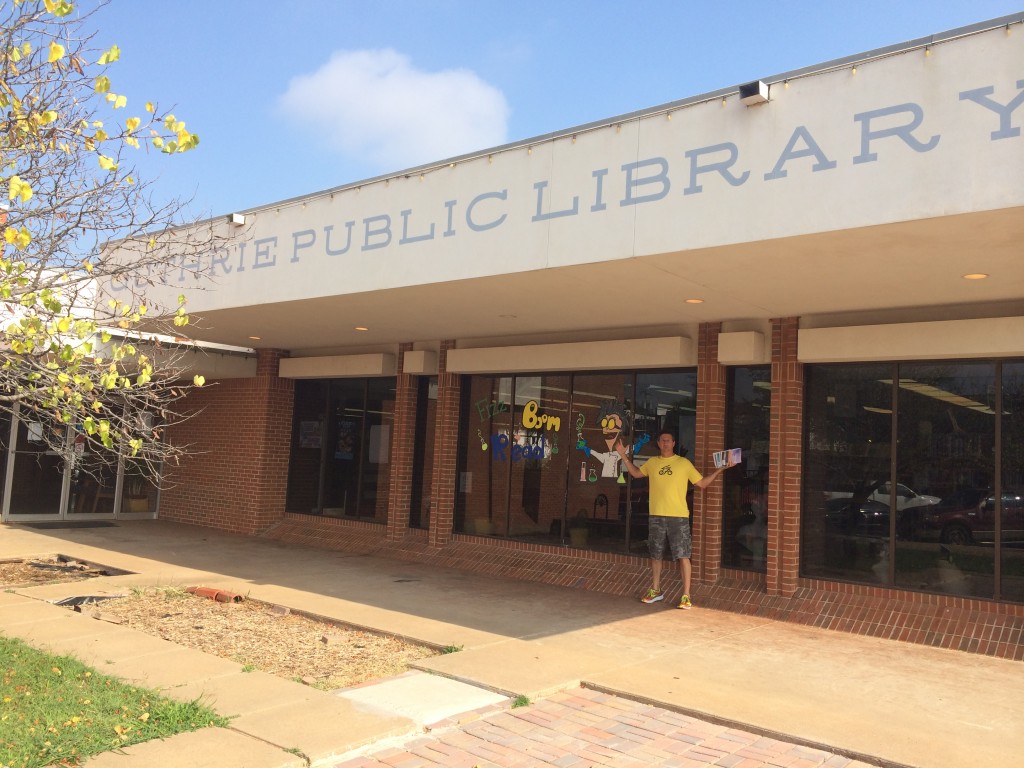 Actually, we tried to eat starting in Purcell but their barbecue place was closed, and we had the barbecue bug. Luckily we found some in Ardmore (Budro’s Rib–sooooo good), but it meant canceling our last library in Marietta. We felt bad about that for nearly 10 nanoseconds, then not.
Last fall we mailed books to nearly 1000 libraries in Texas, so once we hit the red, red Red River and the OK/TX border, our work was done, other than driving friendly and waving back to people who were intrigued by our Bookmobile signage.
Here came the suckage, though: after four-weeks together 24/7 and my plan to remain in Dallas with Eric, returning as a a duo to Houston late, late Friday, things had changed. I had to go all the way back to Houston on MONDAY night.
Teenagers. Waddya gonna do?
Well, I did miss them, a little, and Layla too, and Petey most of all. So . . . we’re motoring into the DFW-area as I type this, to pick up hundreds and hundreds of Preventing Workplace Harassment books for me to give away at some of the Human Resources conferences I am speaking at this fall. I’ll drop Eric at his hotel, wait for traffic to die off, and drive away, without him.
NO! I’m not known for emotionality, but I suspect I’m going to shed a few tears.
Tomorrow I will get all of SkipJack Publishing’s ebooks submitted to Overdrive, the library ebook distribution system, as we got news that we were approved as a publisher. This is fantastic and we’re super excited. Wednesday I will do the final formatting of Tides of Possibility, the scifi anthology that SkipJack is publishing in partnership with the Houston Writers Guild. Then . . . it’s time to finish the outlines for Heaven to Betsy, Earth to Emily, and Hell to Pay, the trilogy featuring Emily that I mentioned above. I’m sending Going for Kona out to my beta readers in August, when I’ll be writing Heaven to Betsy. It’s exciting times for me, diving into this new series, and releasing a non-Katie (although she appears in it several times) romantic mystery in October.
Meanwhile, I have this tour to reflect on, and all that has happened since I went on the road last year. Here’s what two summers looks like: 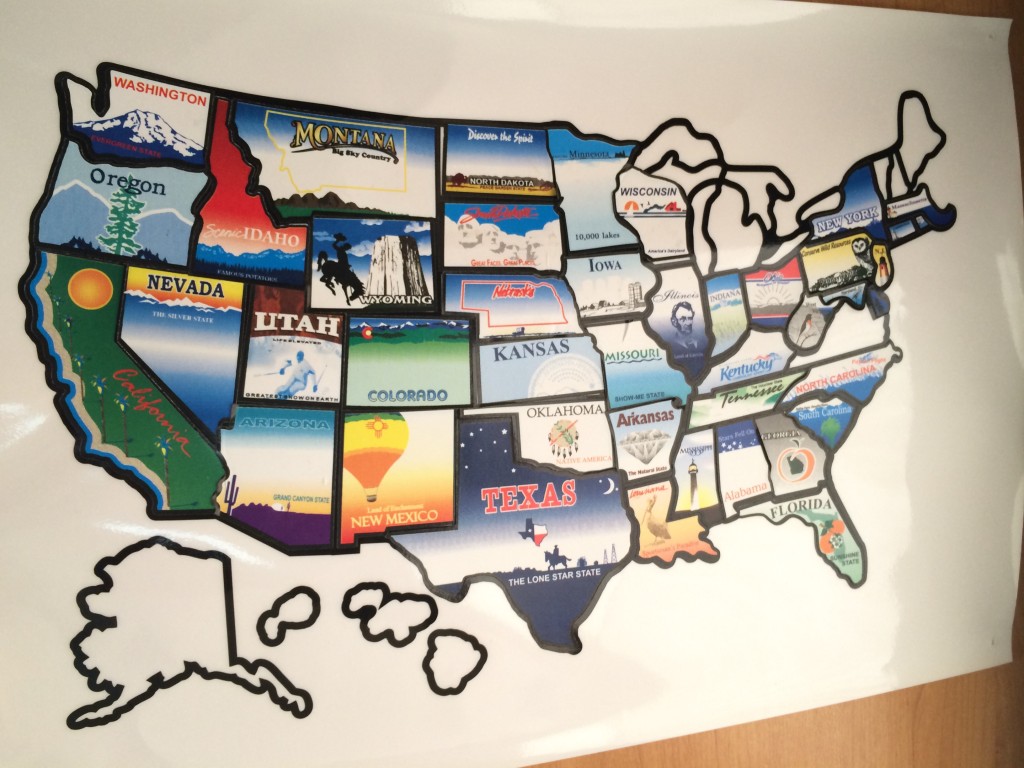 Phew.
That’s all I’ve got.
Pamelot