In praise of FFA and daughters.

A few years ago I wrote a piece called In Praise of Swim Teams and Stepdaughters, in honor of Liz and Marie and their lifelong devotion to the sport of swimming. You can catch that piece HERE.

Our youngest, Susanne, was a swimmer, too, but quit after her sophomore year in high school. We told her she had to pick an activity, and she said, “Fine. I want to do FFA. And I want a goat.”

That worked for us. We psyched ourself up for a goat. School started, and she said, “I want to do a breeding heifer instead.”

Breeding heifers cost thousands of dollars. My parents warned how much work it was for a beginner in FFA. Susanne dug in her heels, and we decided to give her a chance. You can read about how we purchased Dixie (and nearly a whole herd of cows) HERE. Warning: it’s tinkle-in-your-britches funny.

My parents were right. It was a lot of work, for all of us, but especially for Susanne. But she loved it. She blossomed.

“You’ve already got a heifer. You’ll only be doing a steer if you earn the money yourself.”

“How am I going to get that much money?”

She figured it out. She entered the Houston Livestock Show and Rodeo Calf Scramble and caught a calf worth $1500. She spent the money to buy Snoopy, a very frisky red Santa Gertrudis steer with a long blonde tail. He was a lot of work, too. That summer, Dixie was sent off to be impregnated, successfully. Then Susanne got very sick, which you can read about HERE. We all pitched in, but she insisted on taking care of the cattle by herself as much as she physically could.

Susanne got better, slowly. Read about that HERE and HERE, if you want. She worked with Snoopy. He stayed frisky, learning to jailbreak his pasture by going underneath the fence on his belly, all one thousand pounds of him. He was so frisky he didn’t gain enough weight, so he had to be restricted to his stall. This didn’t make him happy, and his pent up energy was something to behold. Susanne stuck to the plan, working with her mentor John Armstrong of Strong Arm Cattle. And, one week before Snoopy’s big show and the auction at which he would be sold, if he placed well in the show, he filled out.

He filled out amazingly well. He was gorgeous. Granted, at 1400 pounds of unspent energy waiting to explode, he was a handful to show, but . . .

They won Grand Champion American Steer together, and overall Reserve Champion. Woot! Susanne sold him for thousands of dollars more than we spent raising him. Double Woot! She was proud and excited like I’ve never seen her. WHOOP!!

But that meant Snoopy was leaving us, and would fulfill his steer destiny in the marketplace, by becoming beef. As in consumable beef. Susanne sat beside him for three hours on the day they took him. She cut off the long blonde hair from his tail, tied in a pony (cow?) tail. She sobbed as she loaded him on the truck, and she came home and slept for most of two days afterwards.

We’re all better now —Dixie’s first calf is due in two weeks, and that will help Susanne get over this even more—and we parents reflected on the experience this last weekend. This is what I had to say about it:

Enjoy a few more pictures of Snoopy and friends: 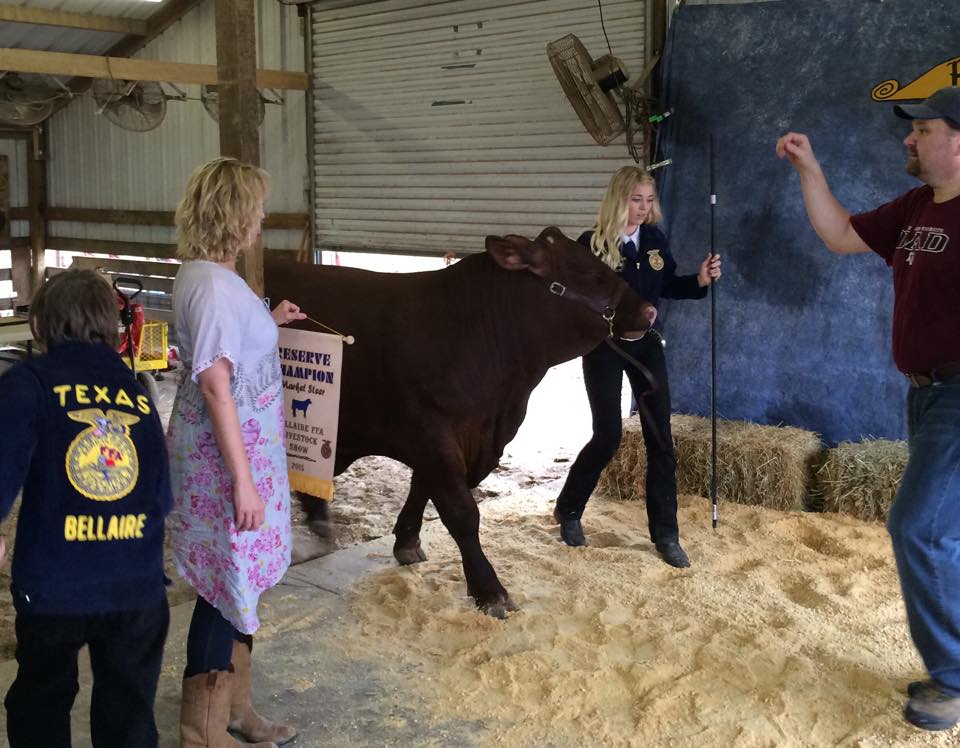 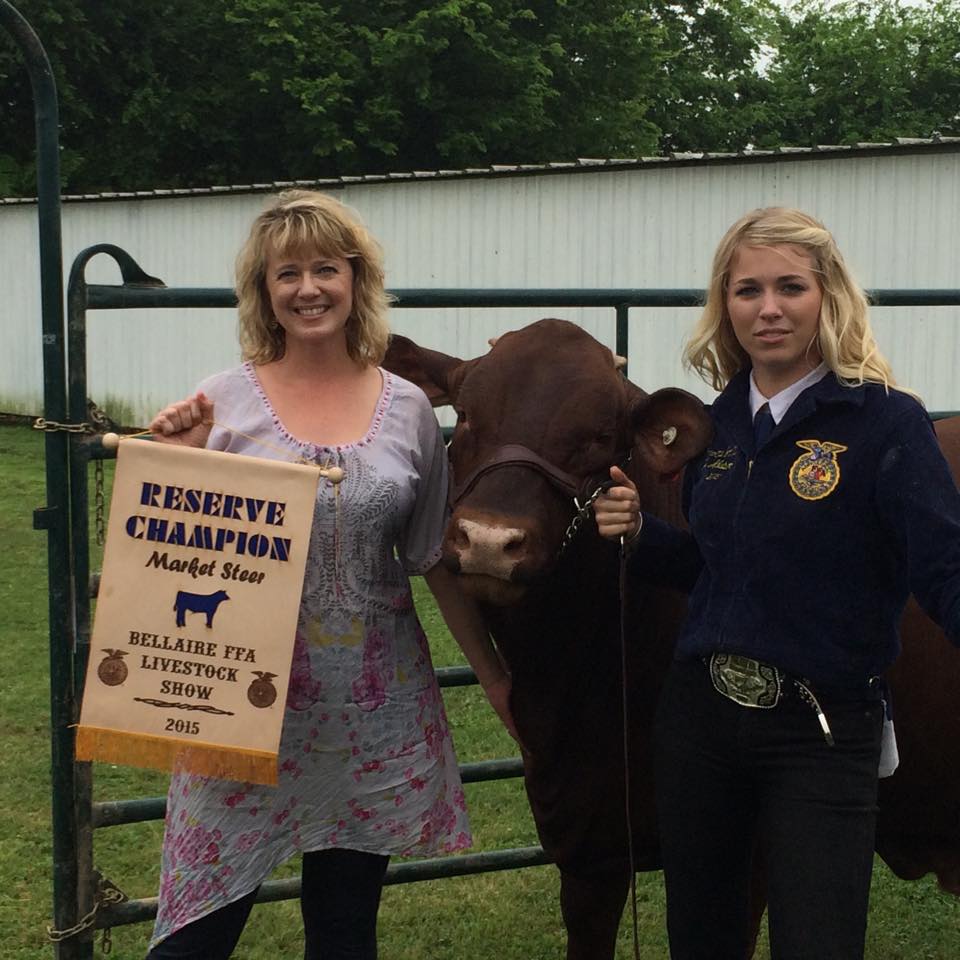 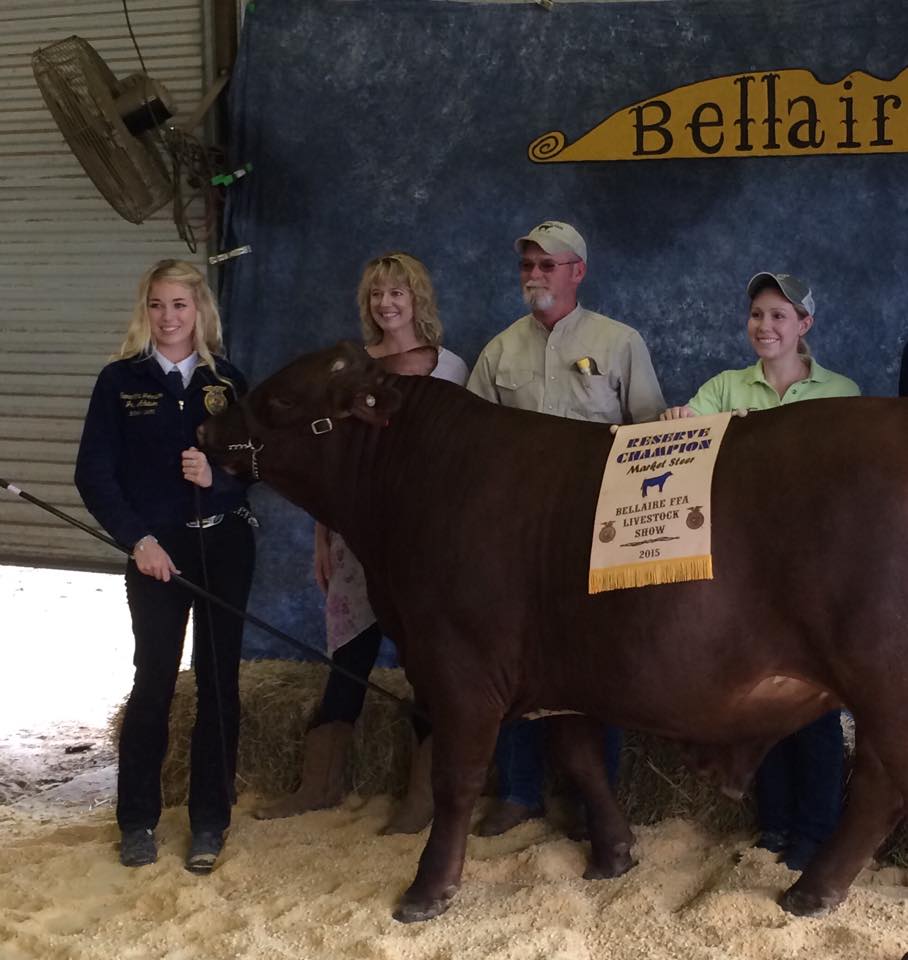 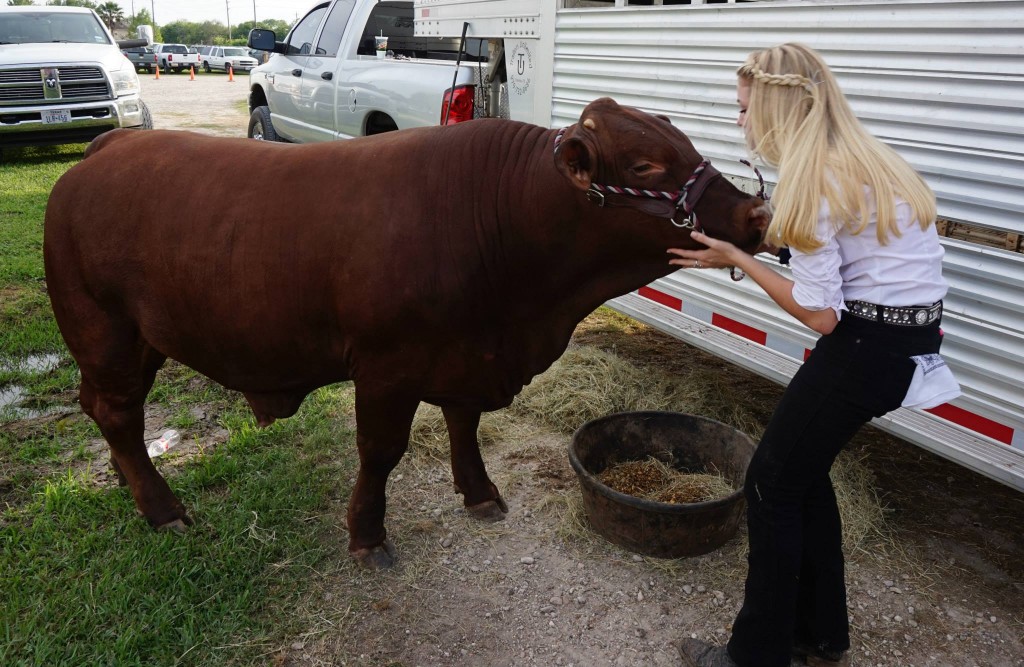 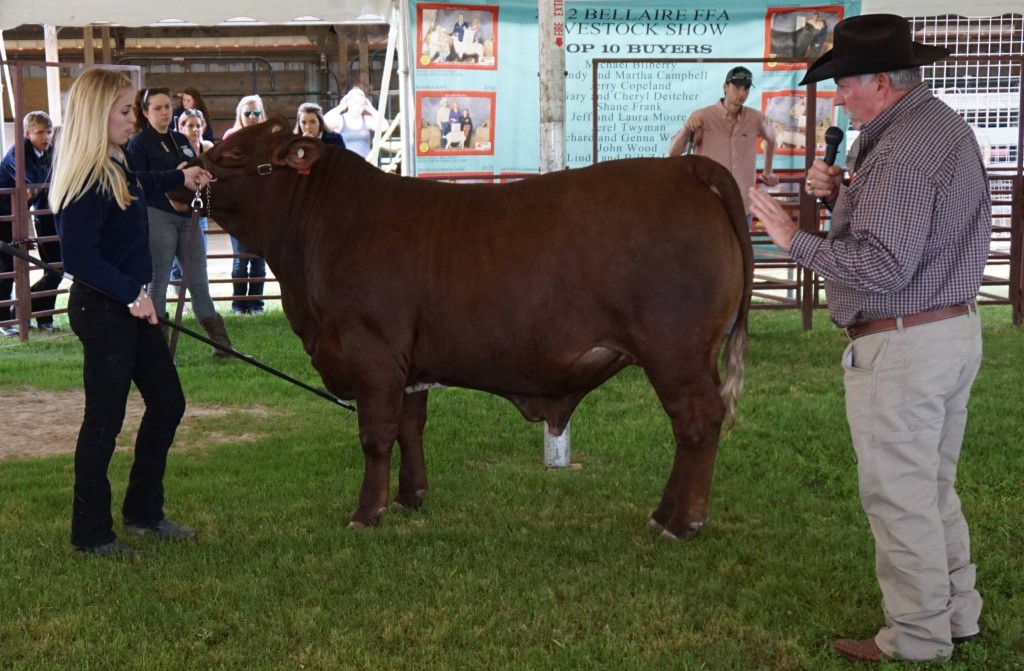 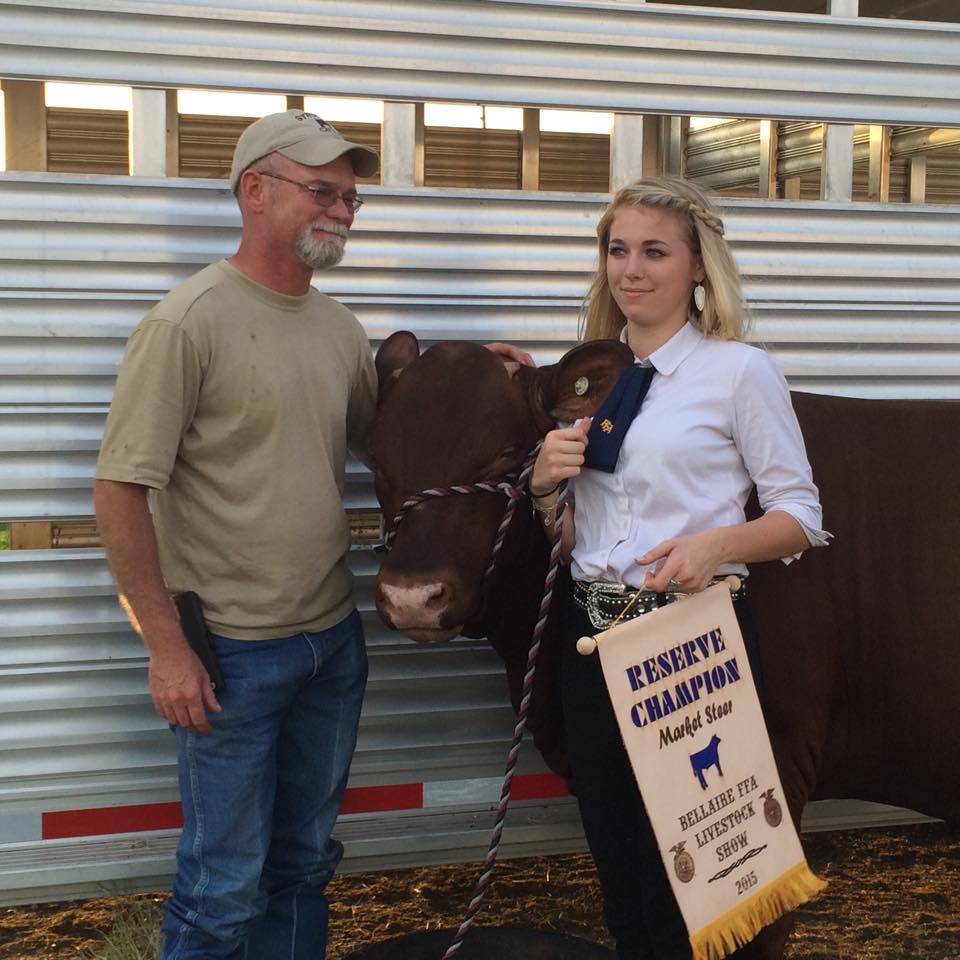 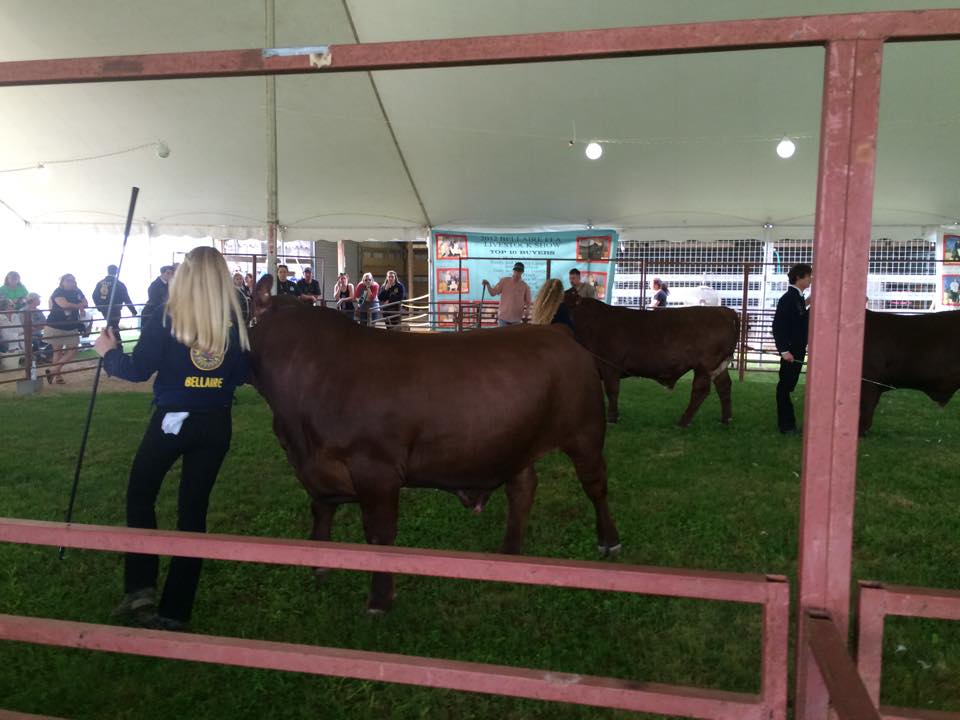 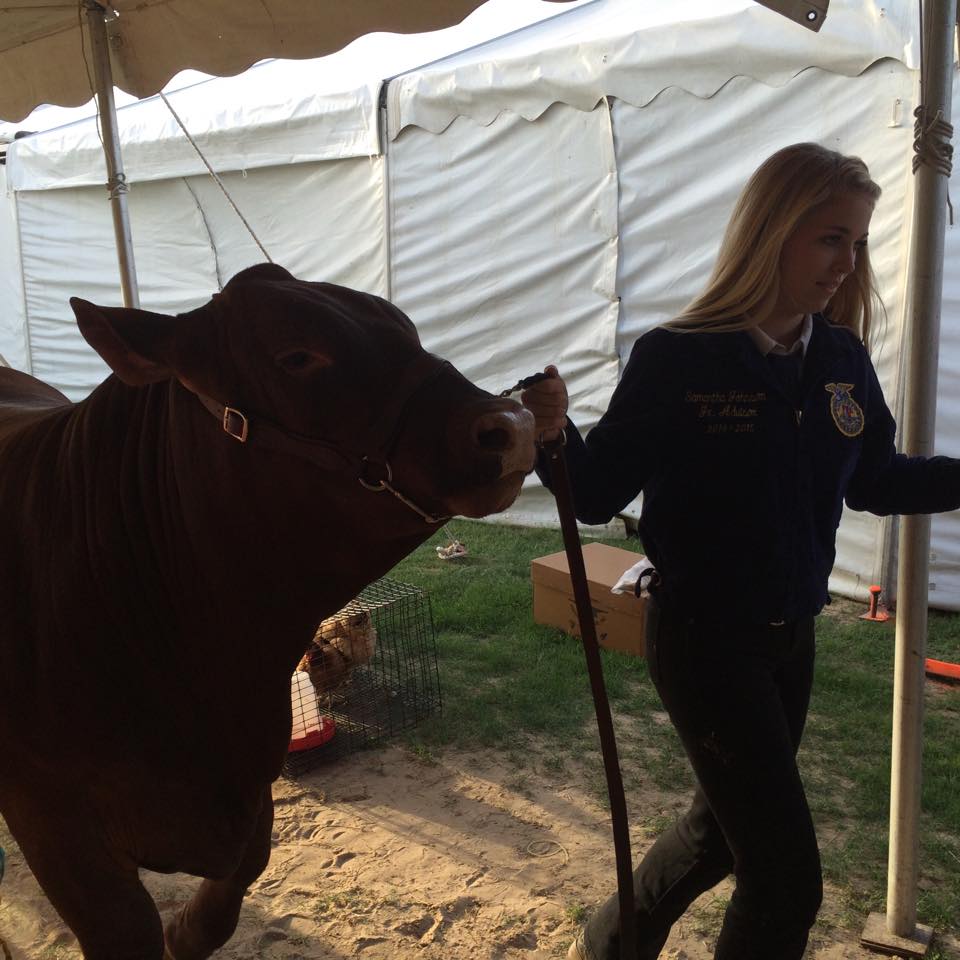 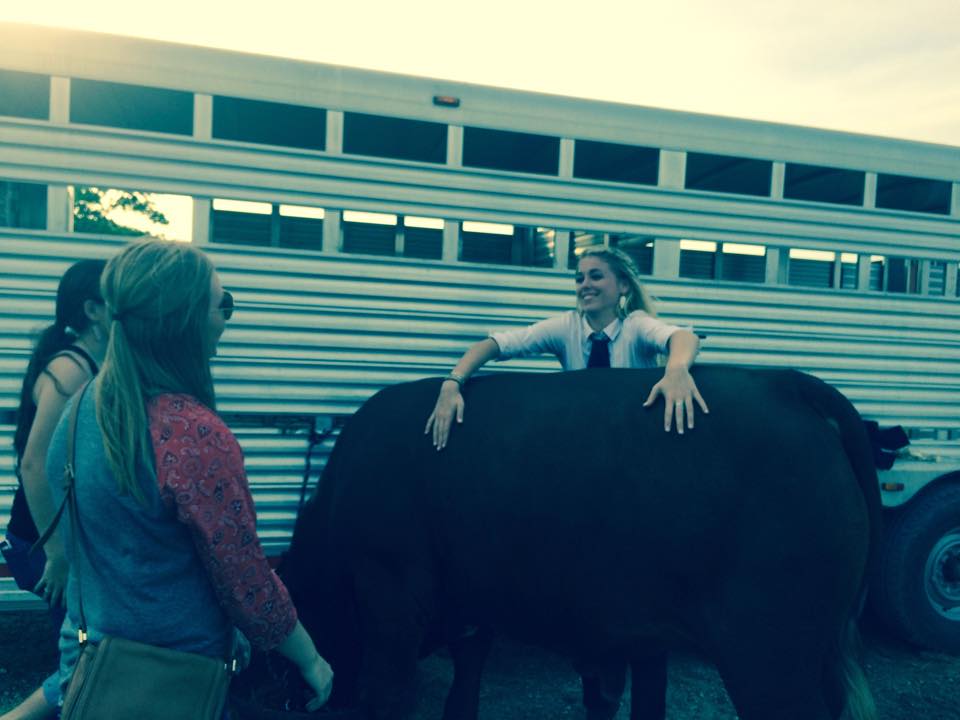 p.s. More than either Susanne’s father or me, my husband Eric pulled the biggest share of the load with Susanne. That’s how he’s been with all of “our” kids—the three he brought and the two I brought into our marriage. He built her show box, he designed and built an addition to one of the FFA barns (and I helped, sort of), and he mucked and carried and fed when she couldn’t. He caught Snoopy in the field when I was scared of him. And he took all the pictures. That’s why he’s not in them, which makes me sad. But I see him, when I look at them, because he was there behind the camera I was looking at, and Susanne always will, too. <3 you Eric