It’s all about Emily. 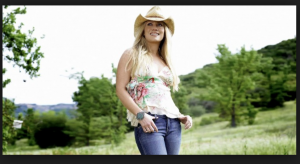 Winners, we have winners from last week’s giveaway! Congratulations to Peggy, Renee, Mischa, and Duke. They’ve received an email about an audio copy of Earth to Emily (Emily #2), narrated by the fabulous Tracy Hundley. All of you had the chance to download free copies of Saving Grace and Puppalicious and Beyond last week, too, and I hope you entered the Amazon giveaway of Heaven to Betsy (Emily #1).

I’ll be running giveaways the last Friday of each month, so watch for your chance to win again in a few weeks. (And you can always score the free SG and PaB e-books. See instructions, HERE).

So here we are in the first week of the month, and I’m starting a new “tradition” (can tradition’s be new? I think that statement makes me an oxy-moron ;-)). In addition to news and a few pictures occasionally, I’ll be letting the characters from my novels hijack my blog each month. You’ll get an interview with them broken into three parts: one on their entertainment recommendations, one on what’s cooking at their place, and one answering a book club question relating to them. Then that character will host a giveaway in the last week of the month before we move on to another character the next week. In months with five weeks, you’ll get an excerpt from my upcoming novel in the fourth week.

Oh! And I hope you like this: Last week I was having a sluggish brain day, and I was explaining this to my husband Eric. I tried to say, “I’m not firing on all cylinders,” but what accidentally came out was, “I’m not firing on all syllables.” Which is richly ironic for an author. Anyway, by request, we’ll be making up t-shirts. I’ll let you know when they’re available.

So now on to the show . . . This month is all about Emily, heroine of Heaven to Betsy, Earth to Emily, and the upcoming Hell to Pay.

Pamela: Emily, there have been a lot of changes in your life since we got to know you as Katie’s best friend and Dallas paralegal in Saving Grace.

Emily: Mostly for the better, but it’s been a really difficult year. Moving back in with my mother, getting a divorce, becoming fodder for hometown gossip, miscarrying a baby; these are not easy things. But I love my new job, and I should be adopting Betsy, soon, too, the cutest six-year old in the world.

Pamela: Now that you’re back in your hometown of Amarillo, what do you like to do for fun?

Emily: Watch the tumbleweeds blow by.

Emily: I’m on a continuous memory overload lately. I’ve been listening to a lot of Garth Brooks on my drive into work, mainly because my dad listened to him when I was growing up.

Pamela: Your dad was a rodeo cowboy, wasn’t he?

Emily: Yeah, and he loved Garth’s song Much Too Young, and the line about the “worn out tape of Chris LeDoux.” Dad idolized Chris LeDoux, his rodeoing and his music. Anyway, Garth had a lot of rodeo songs—Beaches of Cheyenne, Rodeo—and we were all about rodeo at our house.

Emily: I’ve been streaming back episodes of Longmire.

Pamela: Is that a rodeo show?

Emily: No, it’s a modern Western crime thriller series. It’s filmed all over New Mexico, even though the show is set in Wyoming. I love trying to see if I can recognize the locations. I spend a lot of time in southern New Mexico, because of my boss, Jack.

Pamela: Okayyyy, well, if a movie was ever made about your life, who would play your character?

Emily: Is there an actress out there who can ride and rope? Probably not. In that case, Reese Witherspoon.

Pamela: You answered that quickly.

Tune in next week for what’s cooking at Emily’s house. Meanwhile, if you have entertainment tips for Emily or a suggestion on the actor to play her in a movie, comment below.

I’m finishing up Hell to Pay (Emily #3) for my developmental editing team, and heading to my husband’s company Christmas party this weekend. I got a new dress for it and everything. Feeling fancy 😉