What Doesn't Kill *Me*

by Pamela | Jun 2, 2016 | Michele, My Half-Assed Efforts to Become a Serious Writer, Romantic Mystery Series, What Doesn't Kill You | 8 comments

Folks, I ain’t gonna lie. The reason I haven’t posted in a few weeks is because it’s been a helluva time in Nowheresville.  I’m a week late with my raw first chapter of Going by the Book: A Michele Romantic Mystery (What Doesn’t Kill You #8). You’ll get it today, below (shhhhhhh, don’t tell anyone). But a few things first.
The scoop:
Instead of rewriting it, I’ll just regurgitate. That’s about all I’m up for. 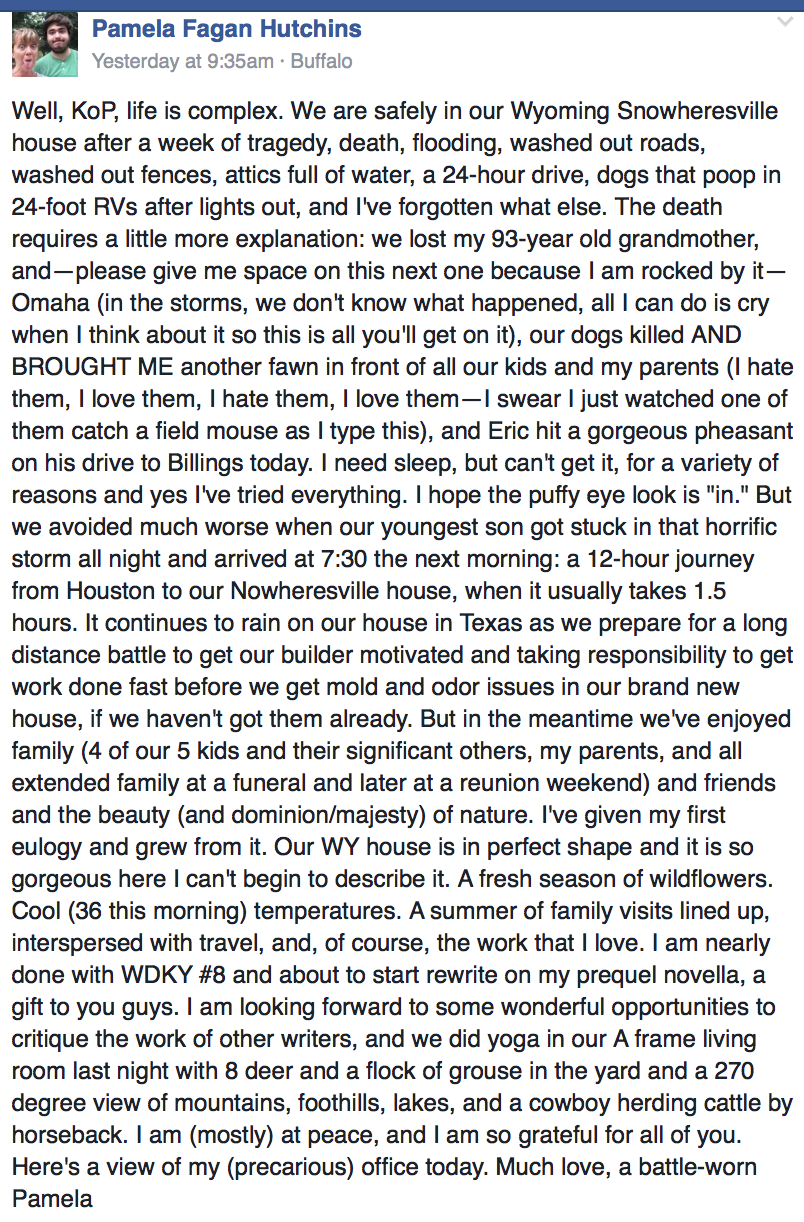 I slept better last night. I haven’t cried about Omaha since this morning. And on a positive note, the new decals on the Bookmobile look great, and Wyoming is glorious. 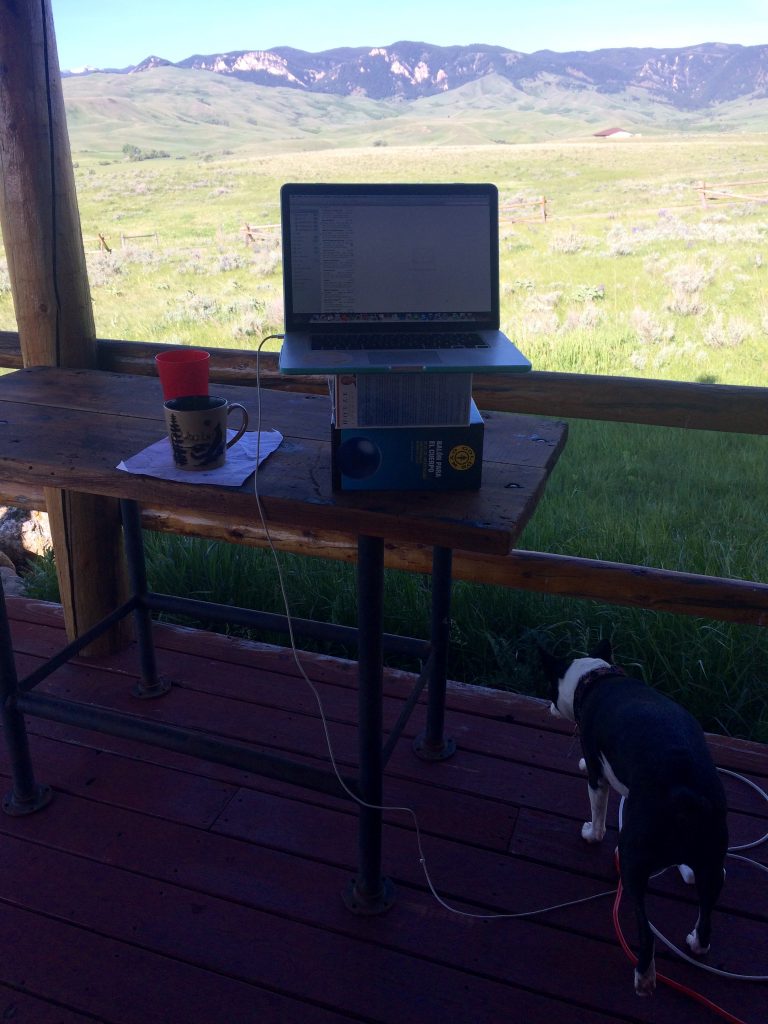 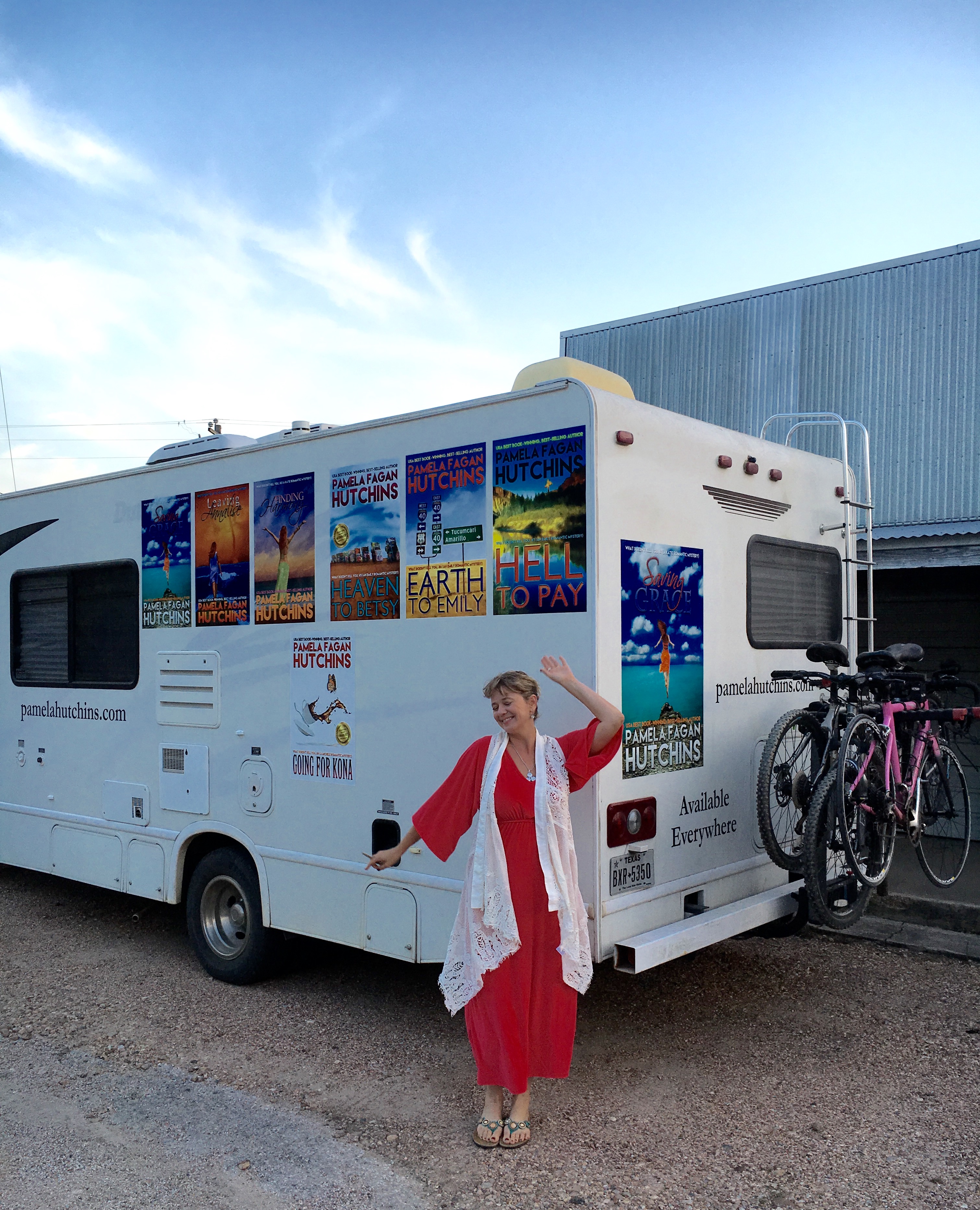