The Eye of the Beholder: The Story Behind the Story of Fighting for Anna, Part 2

by Pamela | Oct 28, 2016 | Book Club, Michele, My Half-Assed Efforts to Become a Serious Writer, Romantic Mystery Series, The Story Behind the Story, What Doesn't Kill You | 5 comments 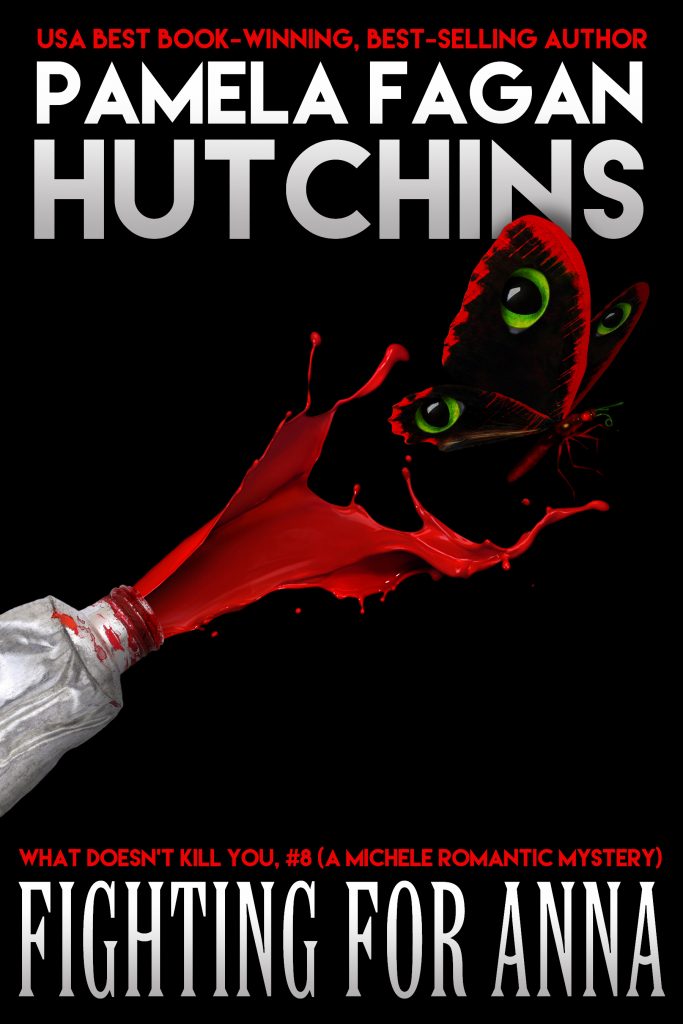 Before we begin this the second part of this four-part installmentStory Behind the Story Series, I have an announcement. Remember how I gave away a little fox charm/pendant with the launch of Hell to Pay? Well…I’m giving away a little BUTTERFLY from Jewelweed Sprouts to celebrate Fighting for Anna’s release! Pictures coming soon. Enter through the Rafflecopter, below.

And now, the second installment in the Story Behind the Story of Fighting for Anna (F4A), the 8th novel in the What Doesn’t Kill You romantic mystery series, featuring Michele. This week, I want to focus on art: pop and junk. [On release day, I’ll share the story behind Gidget, Michele’s charming neighbor at the beginning of F4A. Last but not least, I’ll close the series with a look at the practical magic behind F4A.]

Art is in the eye of the beholder and central to F4A. It starts with the art of the murder victim and her history as a gallery owner in Houston. I had a ton of fun creating Gidget’s art and the art in her gallery. I think I was inspired by the beautiful art created by my assistant, Candi, honestly. I had even more fun researching Andy Warhol and building him into the story. He even helped me explore the religious element.

All of what we normally consider art is juxtaposed against the junk art scene of the Roundtopolis area of Texas, very similar to what we all watch on television shows like Fixer Upper (best show ever!), American Pickers, or Junk Gypsy (they really are based in Round Top, by the way). A good friend of mine in Nowheresville, Tiffany, inspired me when she made her dreams come true with the real Flown the Coop (which can be found in Burton, TX, just down the road from its fictional counterpart). There, art abounds, in the form of repurposed, rethought, reused, and up cycled industrial, retro, primitive, and vintage pieces. So of course my supporting female character and newest future protagonist, Maggie, is a junker.

By extension of including junking and the Roundtopolis area, I got to include some of my favorite places as well as invent a few new ones. Props to my assistant Bobbye for discovering Moore’s Fort, the oldest building in Fayette County. It was originally in La Grange and later moved to Round Top, where it was most recently moved to a central location between Espressions coffee house and Probst wine bar. Once upon a time this twin blockhouse was a shelter for settlers. Now it is a piece of art, if you will, in creating a town entirely of “once upon a time” rebuilds. (Check out the Round Top library, also in the book, as another crown jewel of this phenomenon.)

Pop art meets junk art, and the result is awesome.