What Doesn’t Kill You: Holiday Plans 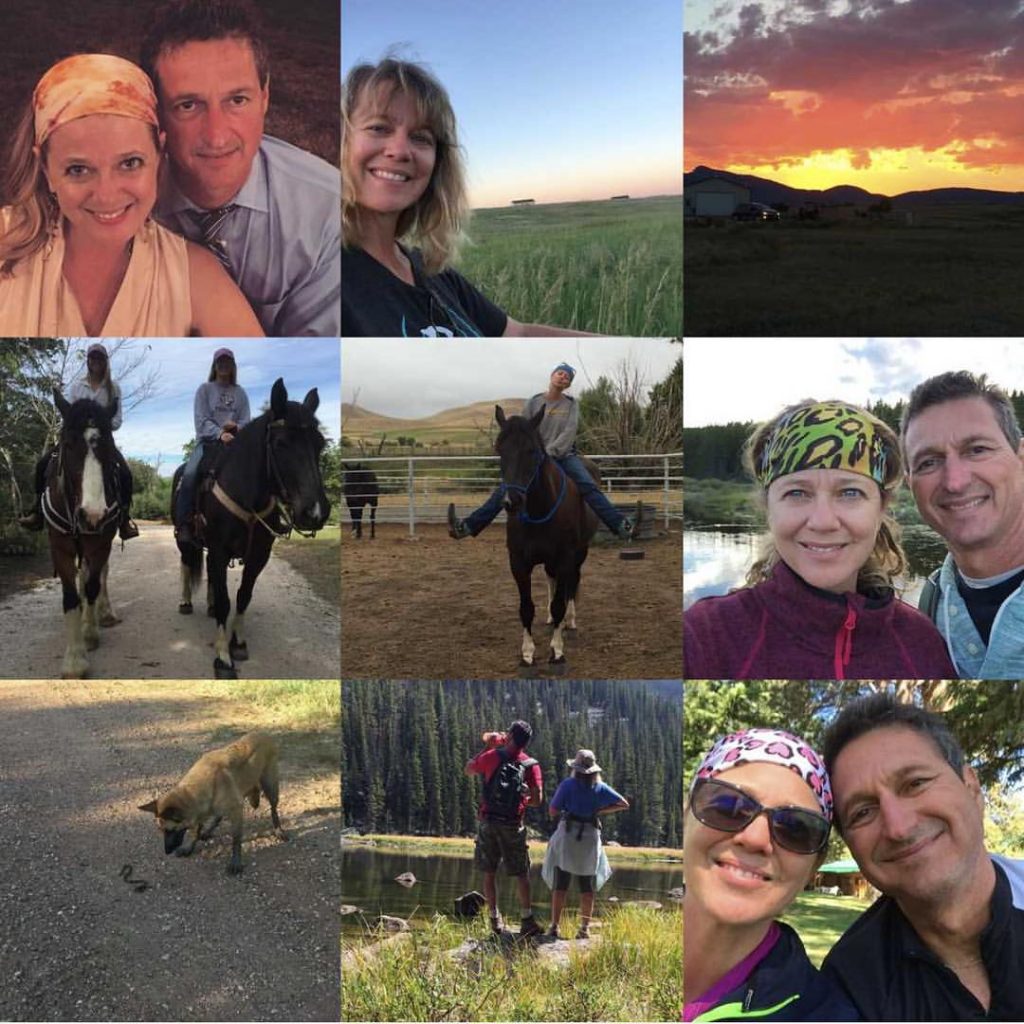 This is the week of the year where I usually post the Hutchins Christmas letter, but I didn’t actually write one this year. In fact, I haven’t written much of anything since May. One reason is that it’s a lot of work managing employees who are administering the programs for my books. We launched three this year: Hell to Pay, Fighting for Anna, and Act One. The second reason is that I have been producing online courses for the SkipJack Publishing school for authors; that knocks out time I didn’t have. The third is that buying a house in Snowheresville, WY and a couple of enormous horses were a time-consuming and highly enjoyable distraction. The fourth is that I’ve had  a run of writers block and thus wrote anything and everything except new material. The fifth is that we hosted a paleo Thanksgiving for fifteen people, six dogs, and two cats. The sixth is that I traveled multiple times with Eric and he with me on our respective work trips.

The seventh is the big one. I’ve been sick. Sick in a way that started when I had my hysterectomy and horrible reaction to anesthesia in 2015 and worsened considerably in August of 2016. I’ve written about it before, so if you care, you can read it there. I don’t want to repeat it. No one was able to diagnose why the hysterectomy affected me so horribly. Lots of theories were knocked about. Thyroid imbalance. A stroke. Unexplainable reaction to the anesthesia. Nothing was confirmed and I tried lots of natural remedies (for memory), but it’s been affecting me all this time, so much so that I doubted my ability to ever write again. I have terrible short term memory. That’s not true. I have terrible memory altogether. Since my anesthesia reaction, I didn’t think I could knock out 300+ pages and hold the threads of story and characterization together. Truth be told, it was much, much harder on these last three books. But it wasn’t insurmountable. It just took more time and more help (especially encouragement and understanding) from Eric. I found it much less taxing and scary to hike, ride, and cook: things requiring less focus through my fog.

Beginning in August, I noticed that my memory issues, lack of motivation, and inflammation/pain (and some other symptoms I don’t feel comfortable writing about here) were joined by a crippling anxiety and complete lack of emotional bandwidth. Since then, there have been whole weeks I didn’t write for no other reason than my inability to deal with the anxiety. Racing heartbeat. Endless loop thought patterns. Paranoia and irrational thought. I wracked my brain for what had changed. I started experimenting with ways to fix myself and finally locked in on changing my multivitamin. I also backed off on my thyroid meds, which increased my all-over body pain. The anxiety eased. I accidentally took the multi-vitamin again. My anxiety sky-rocketed. I got off them. A week later I was feeling a little better, although I realized that over a few months my immune system had gone to heck, and, come to think of it, my allergies were worse.

I went to my doctor’s office. I’m a big believer in integrative, natural medicine (as is my physician father). I’ve written about my past successes with it HERE and HERE. Last year, after my symptoms started post-hysterectomy-anesthesia, they’d noticed my homocysteine had doubled. They put me on active folate and tri-K. This year when I came back and told them about my reaction to the multivitamins and other systems, they tested me for MTHFR, a gene mutation that they felt explained my overreaction to anesthesia and inability to recover from it. My allergies and cruddy immune system. My inability to handle wheat and dairy. We learned my multivitamin had folic acid in it, which is basically poison to someone with MTHFR mutation. And we learned that, yep, indeed I did have the MTHFR mutation. They also said that because of this stockpiling of “poisons” and the prevalence of many other environmental toxins (that impact all of us), I should undertake not just MTHFR protocol, but also a comprehensive detox program. They warned me I would feel worse before I felt better (they were right, and that’s where I am right now, unfortunately).

So I’ve been detoxing in accordance with the protocol at MTHFR.net, where you can read all about what MTHFR is and how to get tested and treated for it. I won’t bore you with the details, other than an exciting picture of me in a portable infrared sauna. They’re funny looking, but they’re supposed to work, and I’ll try anything. Sure, I feel a little angry now that I’ve learned how easy it would have been for my anesthesiologist to ask a few more questions so he wouldn’t accidentally poison me with something it has taken my body 1.5 years and counting to get rid of. But I’m grateful beyond measure it didn’t kill me, and now for answers and a program that gives me hope. 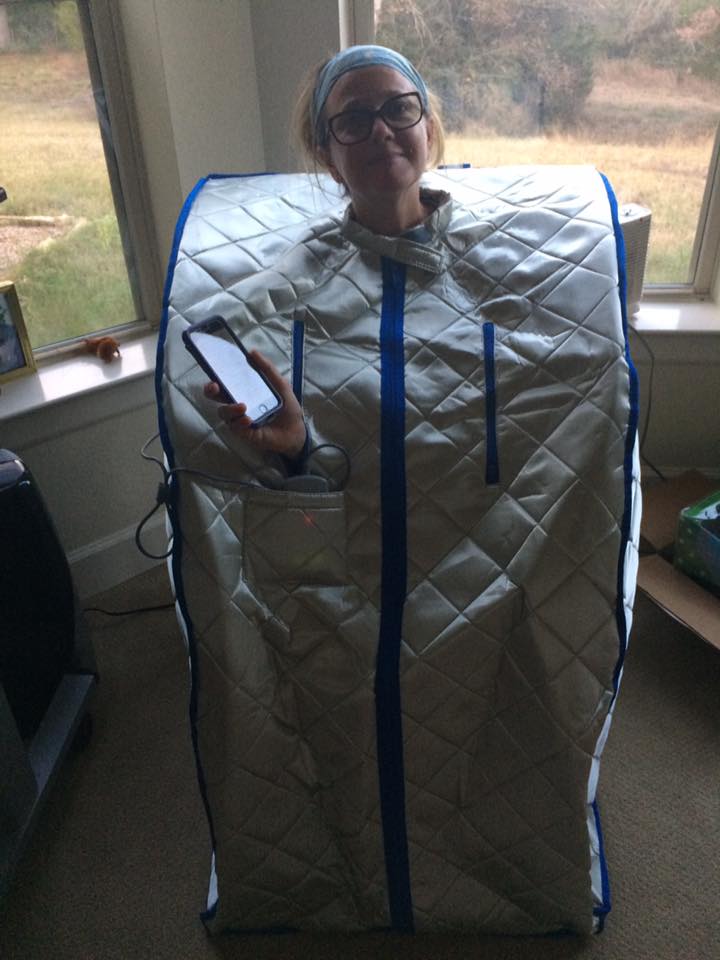 It’s too early to celebrate, but I’m feeling pretty merry, and hopeful. Hope is the important thing.

So what I plan to do this Christmas is breathe. Continue to recover. Believe. And not pressure myself to write, at least not yet. Eric and I are going to play with our dogs, ride our big horses, and embark on a yaupon eradication program at Nowheresville.