Wow, is it Christmas already? Another year has flown by. We’ve had our ups and downs at S/Nowheresville and in our family, but Eric and I are in it to win it, mud-huts-on-the-beach if necessary, baby, and so life is good. First, our most important family members: the animals. (ha!) Petey the one-eyed Boston terrier may have to have surgery on his good eye in January. His vision is faltering, and he is only five. Keep him in your prayers. #TeamPetey 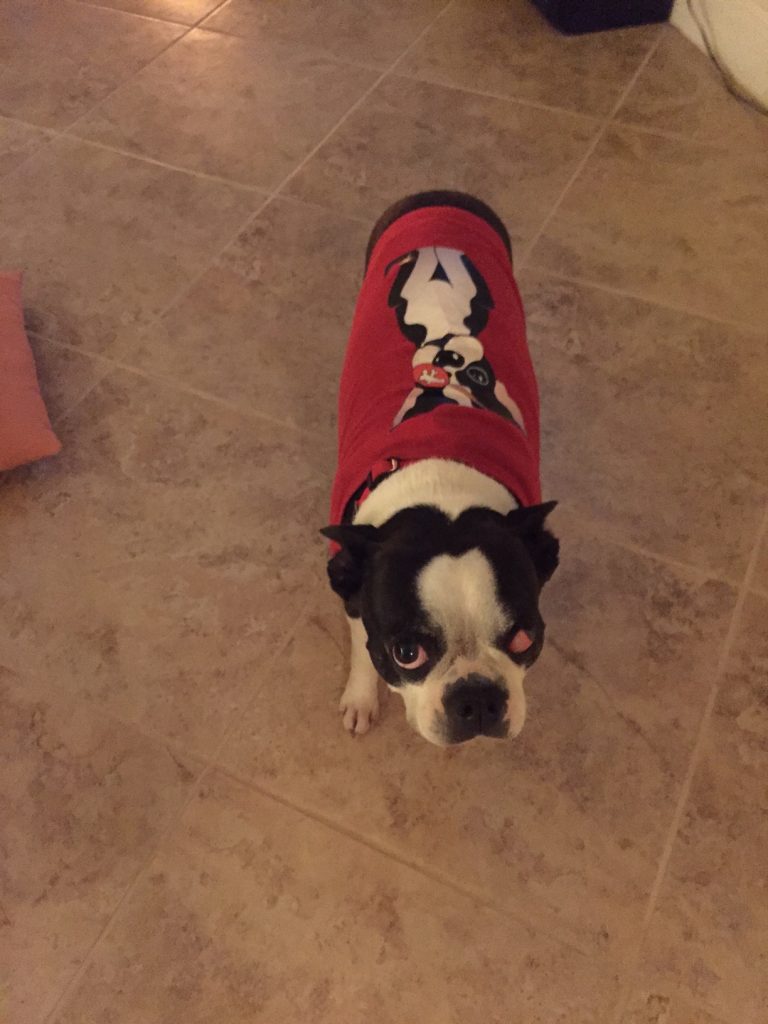 Louise the dumpster-diving obsessive-compulsive hound-Dobie has graduated to sleeping indoors and is my official in-room guard dog when Eric is away. Congratulations, Louise! 😉 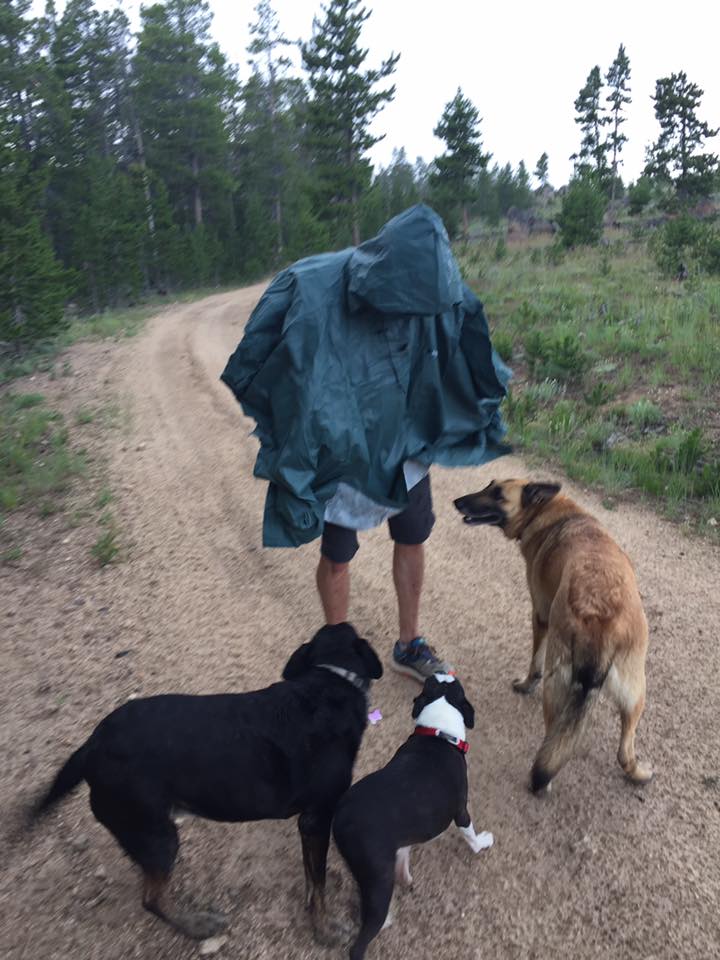 Georgia the gun-shy, soft-mouthed, emotionally-fragile Belgian Malinois has started tolerating my gun. Barely. She is so complex it is hard to know from one minute to the next! 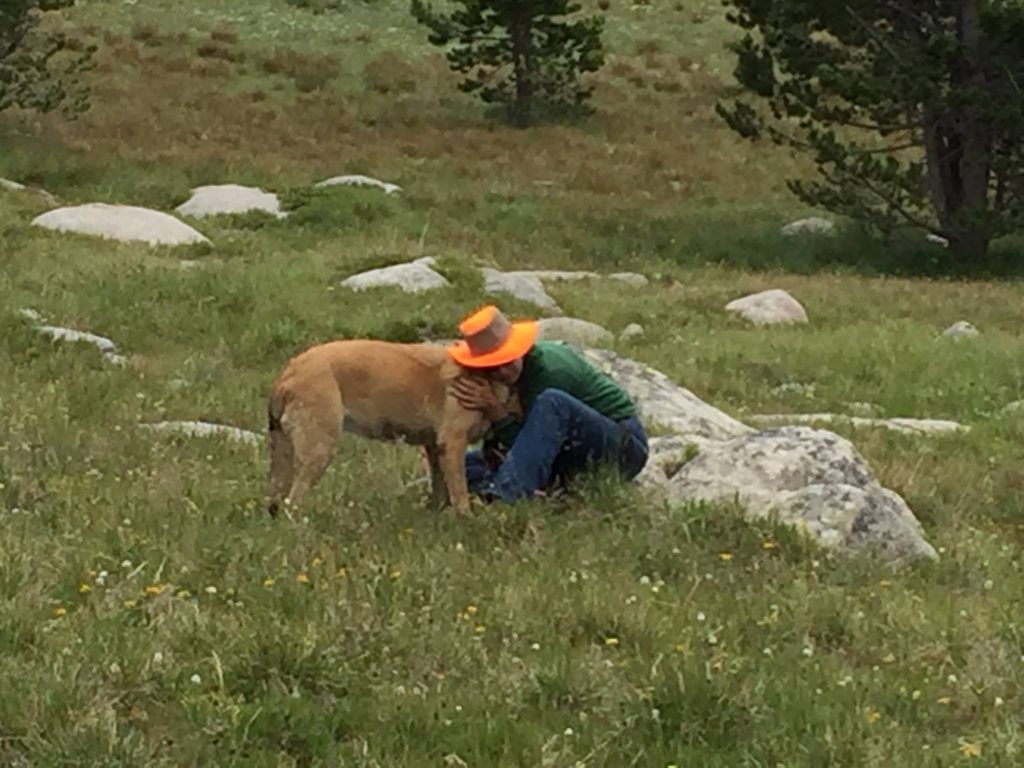 KATNISS, my plus sized princess, needs to lose 100 pounds, but she is fantastic, and she only threw me once this year. I did break my ass-bone, but, hey, it healed, and it only hurts when I breathe. We started her on Mare Magic supplement after she bucked, rolled, and leaped her way through a couple more heat cycles. I’ve become a much better rider. And I get her, I really do get her.

FEATHERS, the surprise relationship that Eric never dreamed he would have, is a big beautiful brat who anyone can ride. He’s a crowd pleaser for sure, and dang can he climb mountains! He taught Eric that “throwing a shoe” is really a thing last summer in the mountains, and by the time we had him down, his hoof was a crumbled mess. Luckily, it didn’t hurt him, and he is close to healed now, five months later. 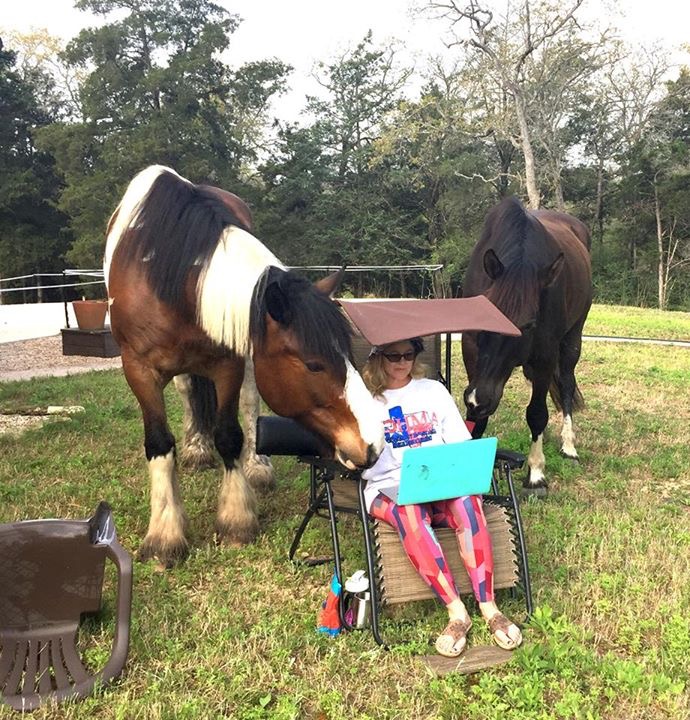 The donkeys: Fitz, Annabelle, and Kathryn enjoyed a summer of spoiling while our cousins Jeff and Rockey housesat. They are pretty dang cute. 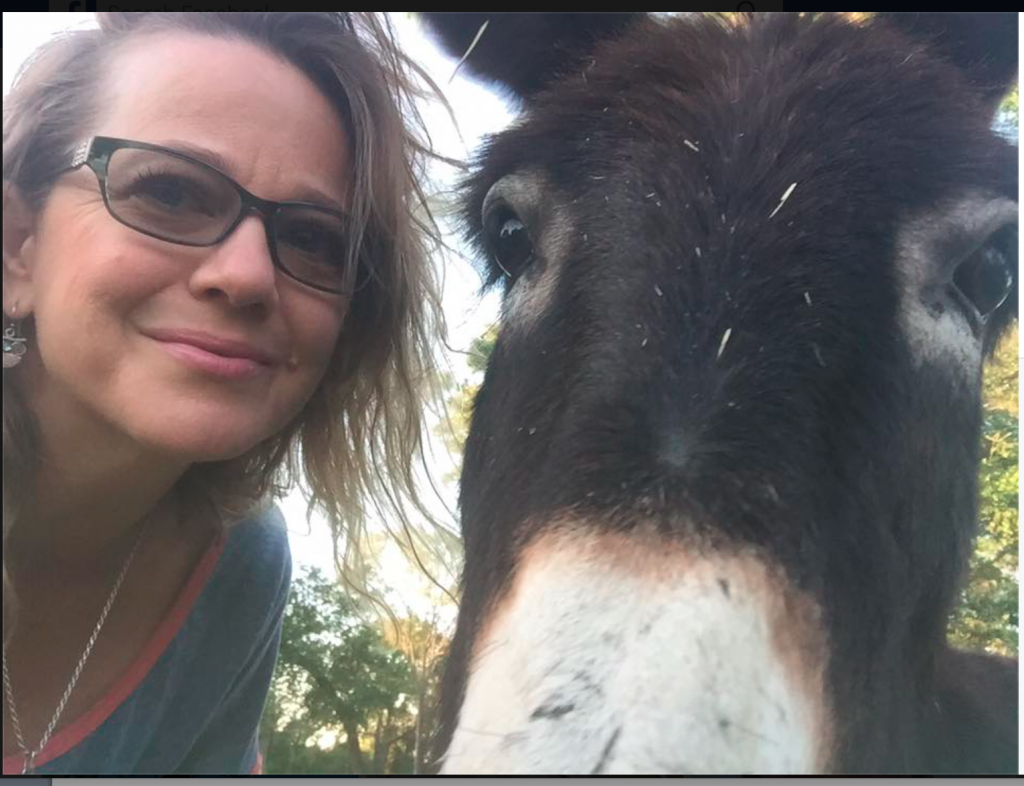 The goats: We’re down to a very pregnant Blossom, very pregnant Katie, and proud papa Badger. No goats lost to mountain lions this year! 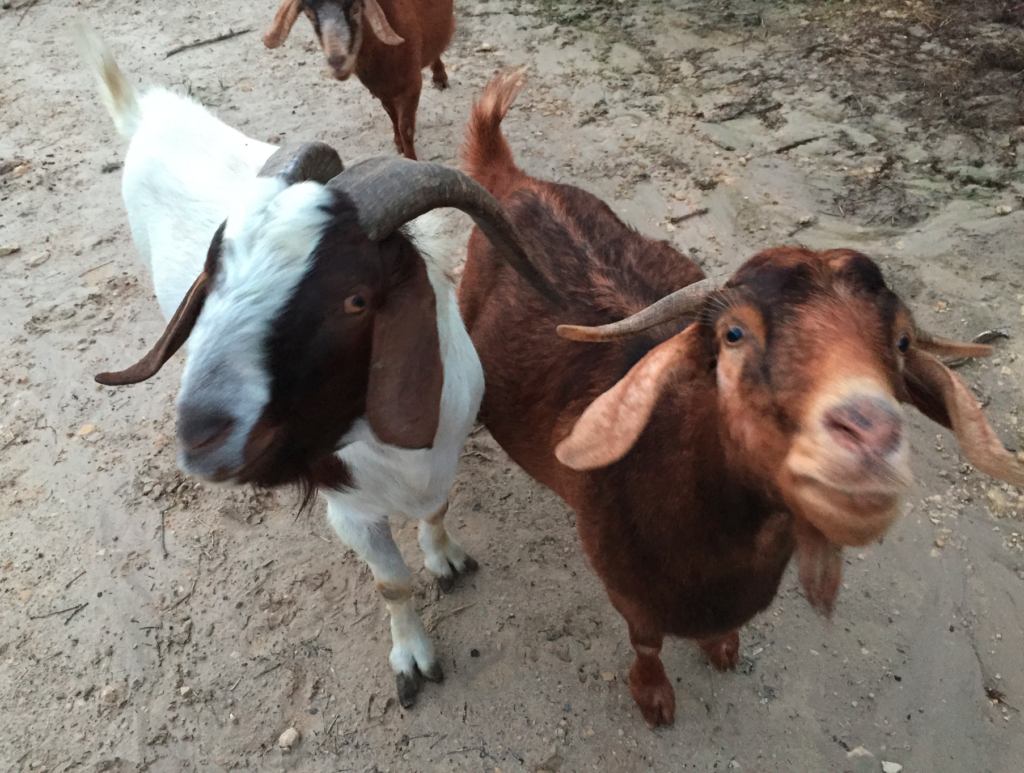 On to the offspring (who actually ARE more important than the animals, but don’t tell them I told you that)!

Thomas: is engaged to the woman of his (and our) dreams, and is juggling job offers in Houston. Kitty shares the roost with him and Brenda. 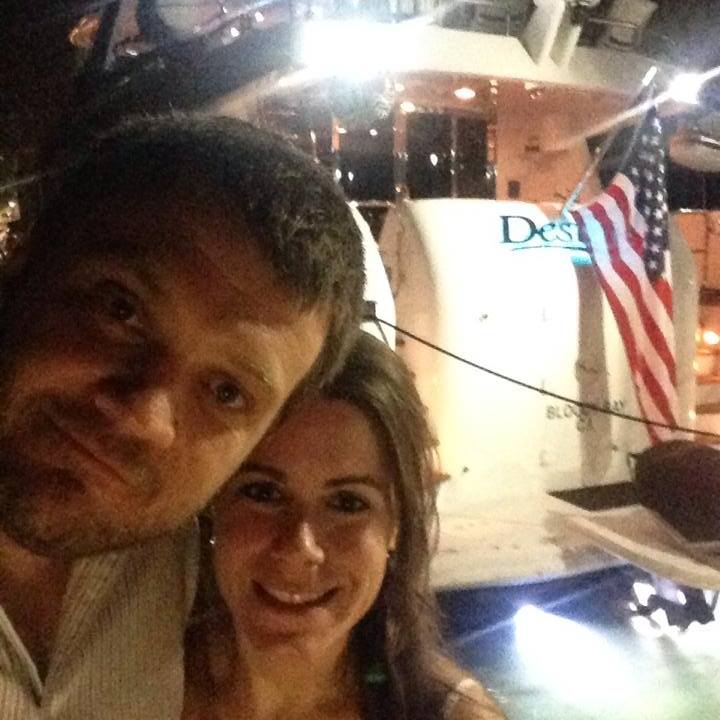 Marie: working on her Computer Science Ph.D. at Vanderbilt, kicking ass and taking names. Her longtime dog Brando is her partner in crime, along now with a little bit of fluff called Bubbles. 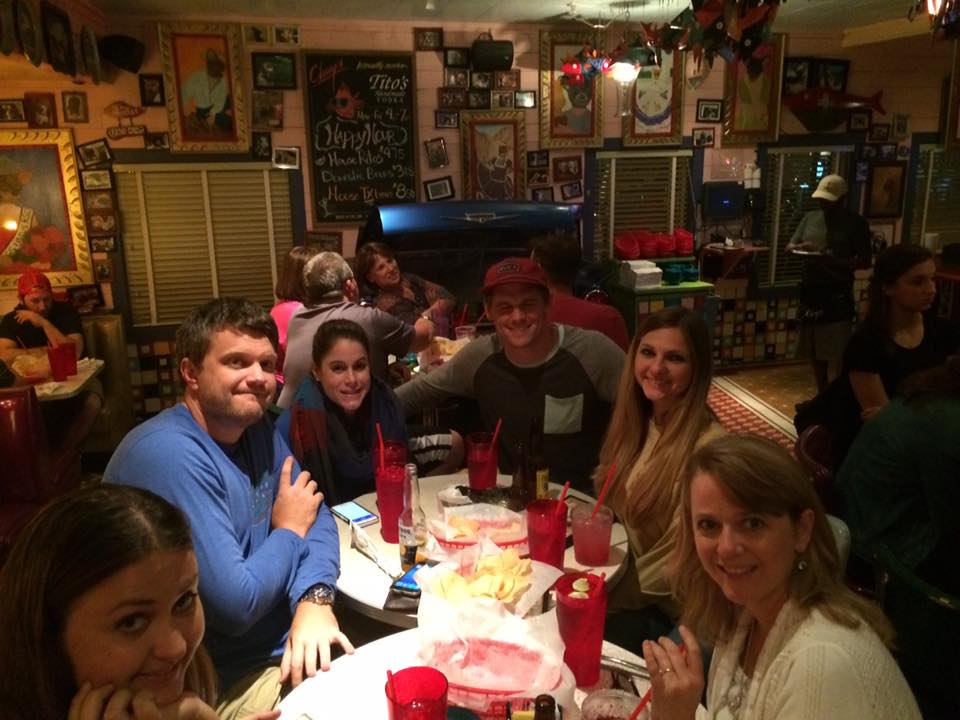 Liz: is working a new job in St. Louis and planning her June wedding to her longtime amor and super awesome fiance Jerry. Daisy and Albert are hers and Jerry’s rabbits/children. 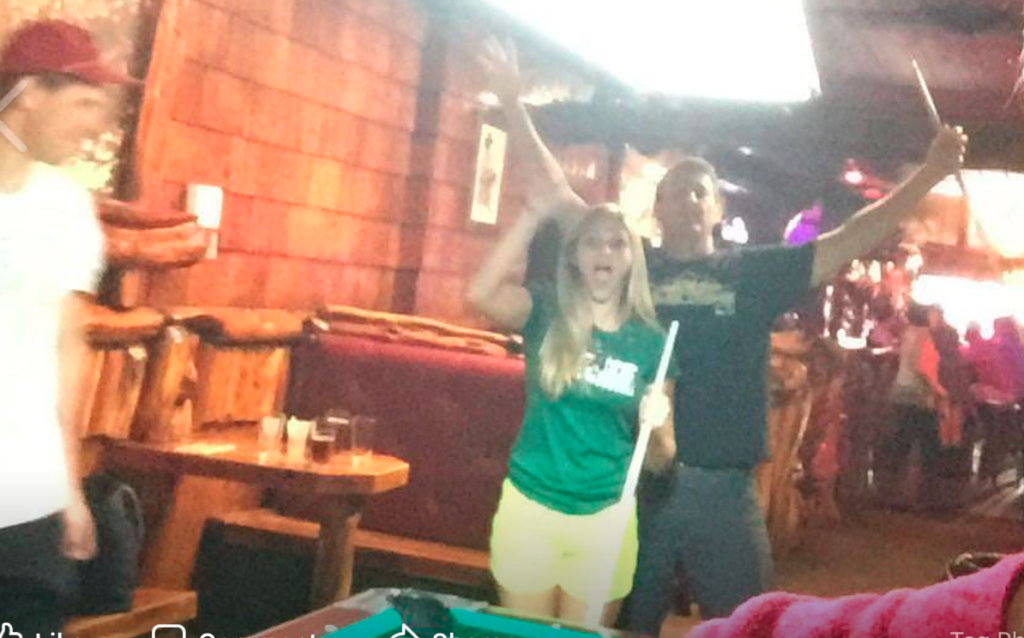 Clark Kent: U of Houston pursuing a degree in History, where he is on the debate team. He hangs with his longtime love Allie (who we’ve decided is our favorite child, no offense to our actual offspring intended) and their dog Pippin and cat Costello. 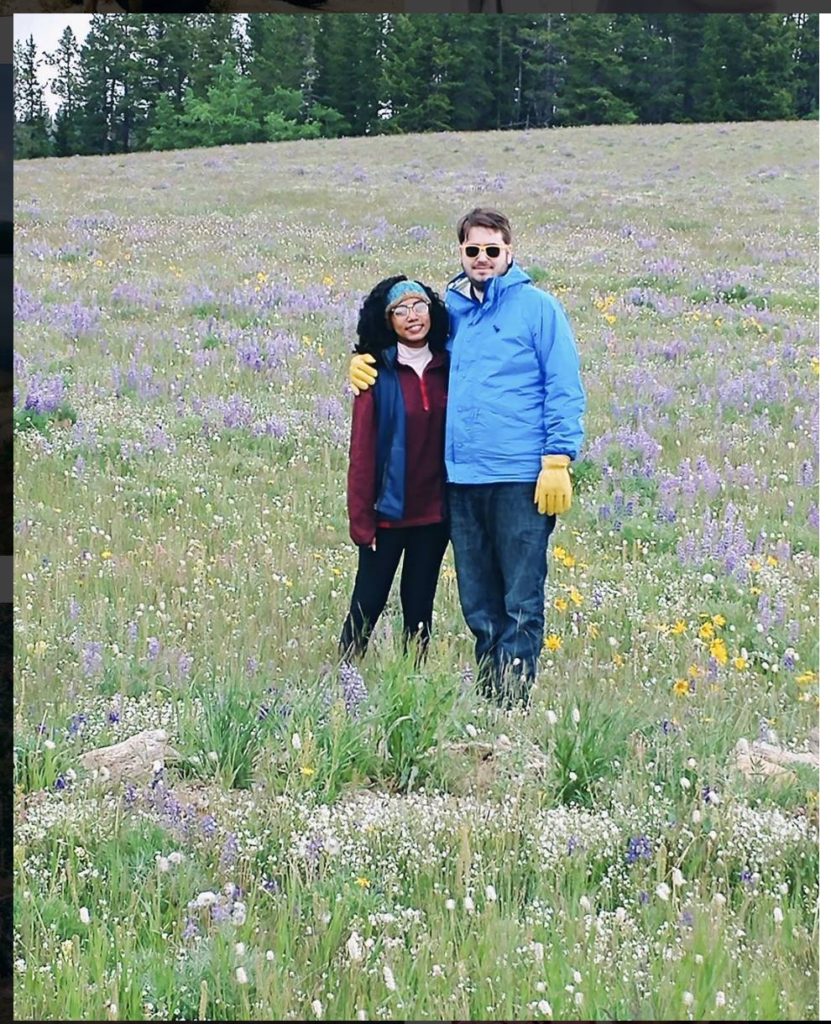 Susanne: Finishing up at Blinn and hoping to transfer back to A&M soon, and enjoying life in college a little too much with her cat Loki. She’s considering an Ag Leadership degree. 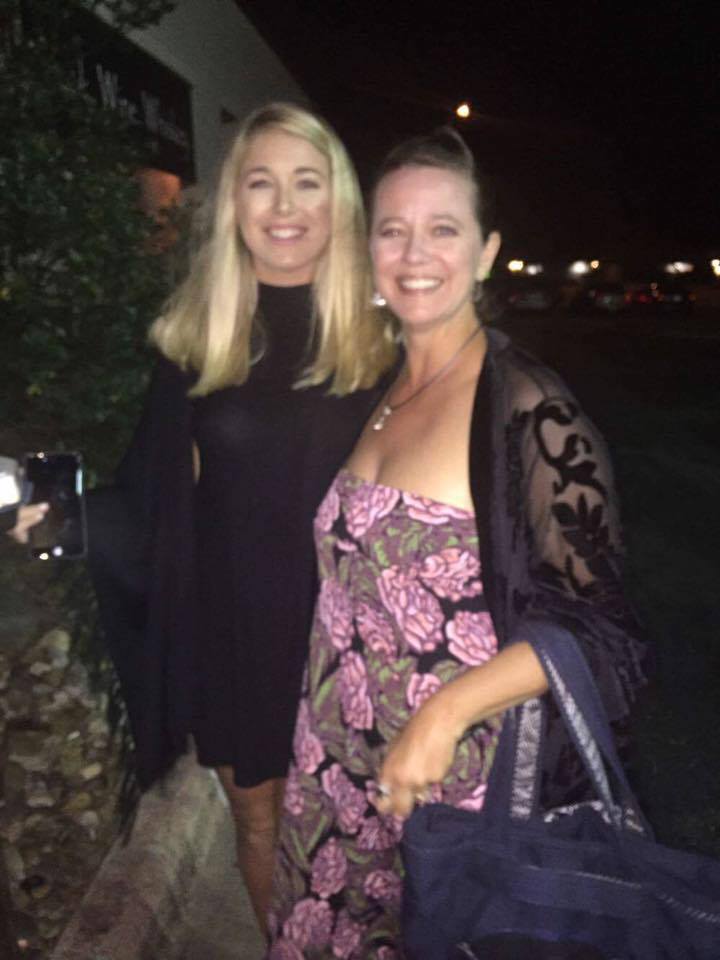 And then there are the houses!

Nowheresville: We had a setback here with a stalker/home invader last spring. He is leaving me alone now, and besides I pack a lot of canine muscle and I’m never without my gun. Our sunflowers here were off the hook in the spring. We lost a good number of big old trees in Hurricane Harvey, but no complaints because so many had it far, far worse. We enjoy our friends and family the half of the year we are here. We’ve started sharing Nowheresville through AirBnB, and that is going really well.

Snowheresville: Well…our little Snowheresville cabin is now rented out (sadly, we now just call it “Banner” but we still love it, and it will probably go on the market next spring), and we bought a replacement Snoweresville, which is a big former B&B on the eastern face of the Bighorn Mountains close to Big Horn, WY. It’s a magical place, and we’re sharing it through AirBnB too since we can only be there half the year. We’re also doing writers retreats there. We have a lot of work to do on it, but it’s truly spectacular and came with 40-acres bordered on 2-sides by BLM (federal) land. And with five-bedrooms, we can have lots of family there! 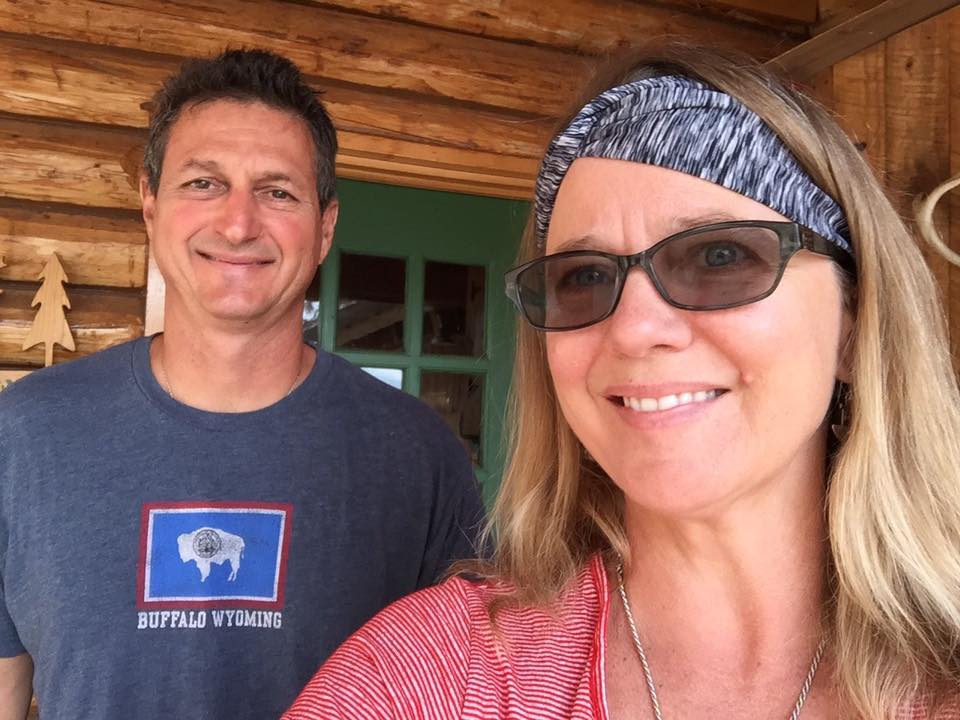 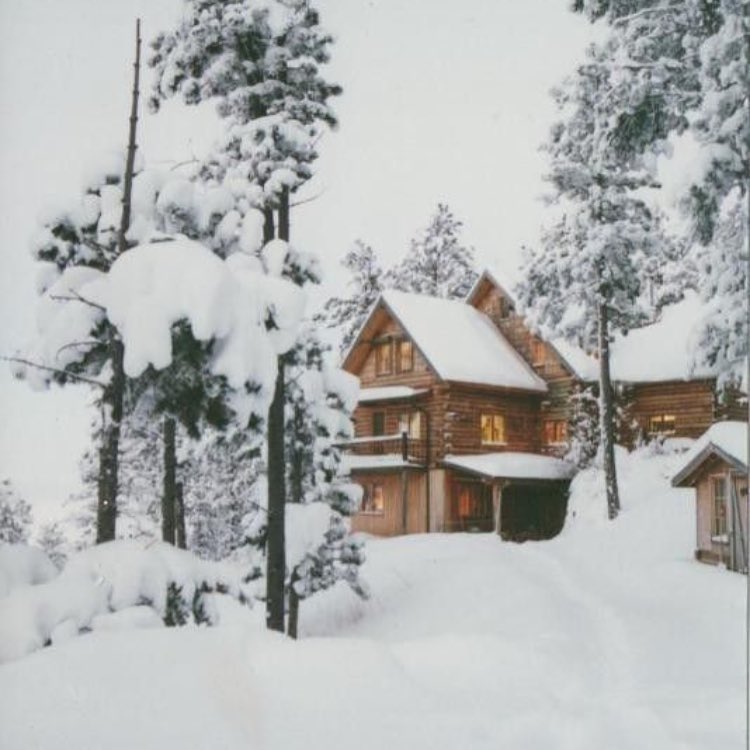 And also there are jobs!

Eric is still with Solomon Associates. He’s traveling too much and working too hard right now, but it tends to be cyclical, so it’s my hope he gets some recovering time as his health has really suffered from it. He enjoys it though. He’s a big data geek at heart <3 I am writing my little fingers to the bone. It is not as lucrative as it used to be, but I can still keep the lights on and employees paid, and I’m hoping now that my focus is back on the bu
siness side of it, I can see a return on my efforts. Luckily, my company EPS is thriving, and I am still Chair of the Board so I remain as involved as I want to be. 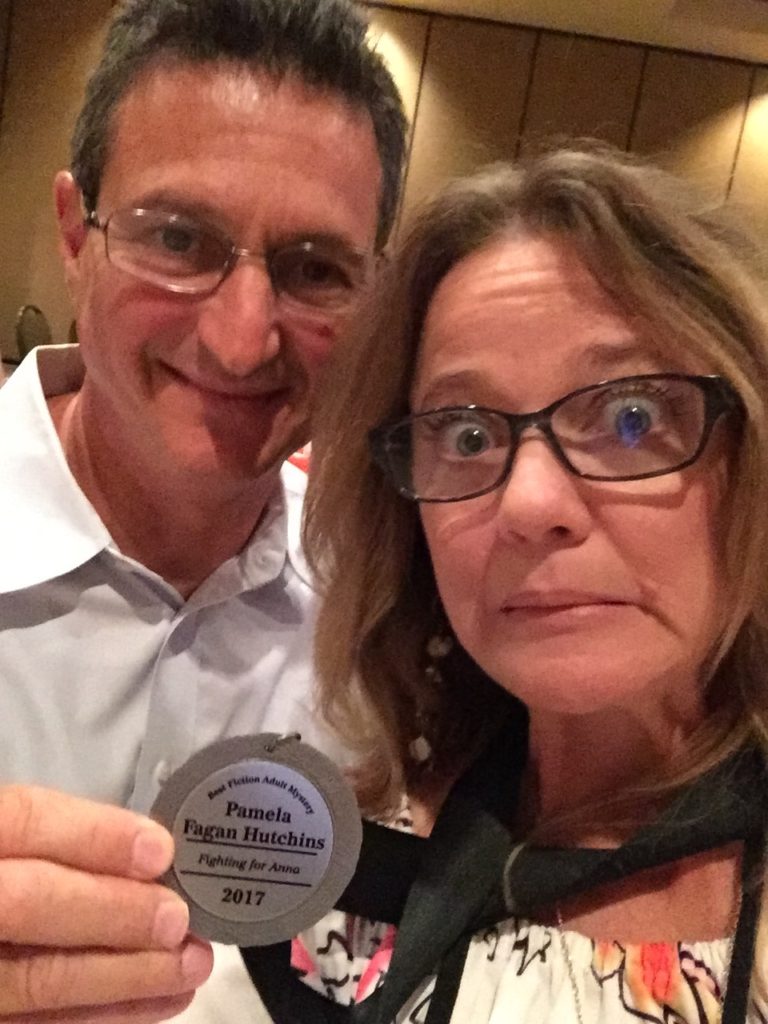 And there was the downtime. Ah, precious downtime.

The highlight of our year was a month camping and trail riding in the Bighorn Mountains, by far. We enjoyed visits from our kids in TX and WY and went to see those that didn’t come to us. My big moment was winning the Silver Falchion for Best Adult Fiction, and having Eric there with me when it was announced. Eric’s validation has been that he’s been pursued for job after job after job this year. We were blessed to have Eric’s mother with us for six weeks this year, and we spent a lot of time with my parents in WY and over Thanksgiving. We had great visits from friends in WY and TX. 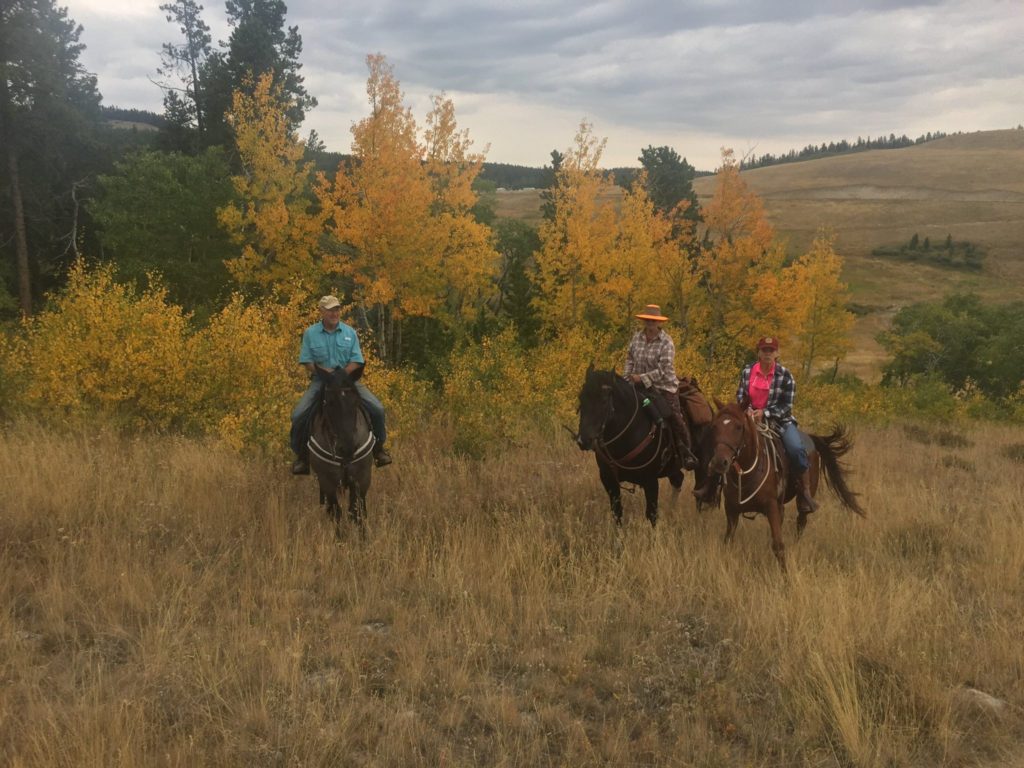 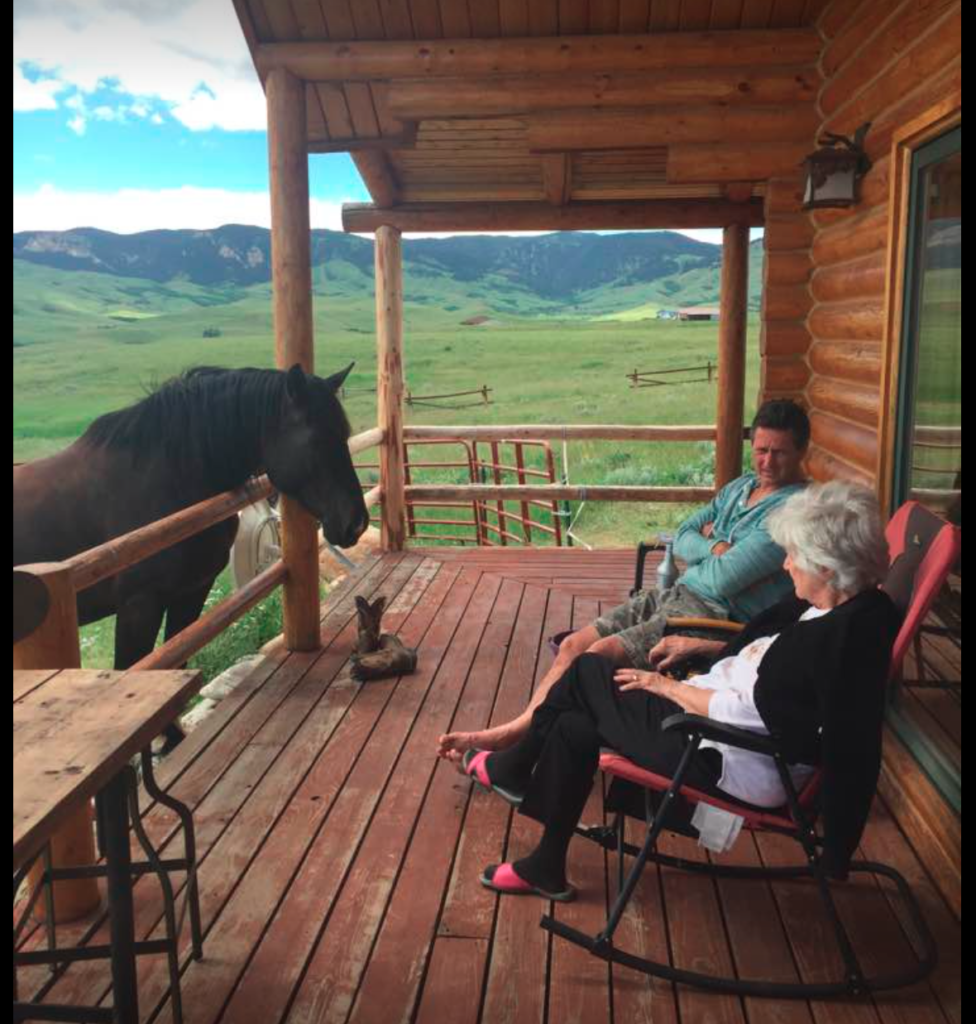 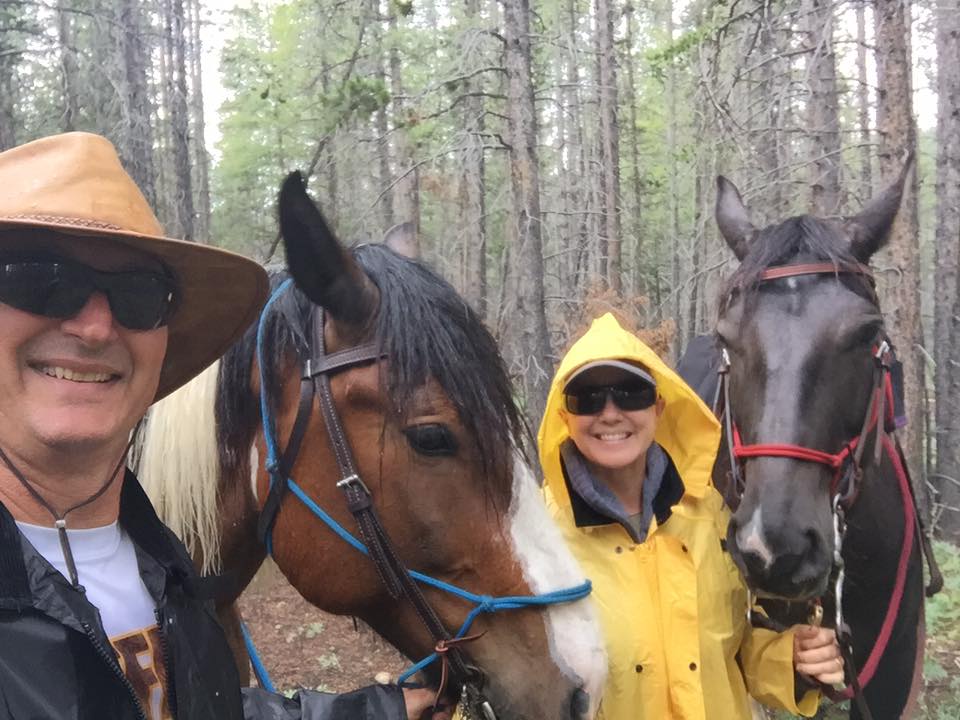 Has it really been twelve Christmases together? Time flies when you’re with the one you love. I wish you health, joy, and security, my friends. Merry Christmas, and a Happy New Year.