Where truth and fiction collide. 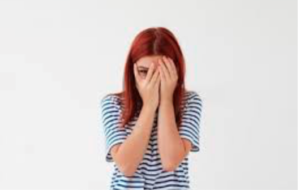 Ask writers and they’ll tell you that their novels borrow liberally from real life inspiration, and that they put much of themselves in their characters, too. (I discussed this exact issue with Robert Dugoni on my show last week, here)

Such was sadly the case with my most recent novel, Searching for Dime Box. As it has been with all my novels.

Last spring, when I was supposed to be writing Dime Box, I got sick. Really sick. In the hospital and then a month confined to a recliner kind-of-sick. It sucked. I was in a druggy haze that made writing impossible. I was depressed that my book languished, and I was worried about my health issues. About all I did was soak in the bathtub, sleep, and whine.

Quick detour! Catch this interview of me on Authors Love Readers podcast: https://itunes.apple.com/us/podcast/the-hardship-of-leaving-with-pamela-fagan-hutchins/id1329846041?i=1000416993915&mt=2

So what happened to me? I had my second go-round with a kidney stone. Five years ago I had an easy, scheduled lithotripsy on a stone. But this new one got stuck and tried to blow up my kidney—which hurt more than labor, let me tell you. It necessitated me making an out-of-body drive (Eric was away for work) to a friend’s house 20-minutes away (remember, we live in remote locations :-)) to catch a ride to the ER, where they put in an emergency stent to prevent sepsis, since I had raging infections everywhere. The infections, the urologist theorized, were coming from inside the stone itself. And I kept having them, one after another, even with the stent in. The stent itself was super frickin painful in my ureter. Gosh, it feels smarmy to type the word ureter. Ureter, ureter, ureter. Blecky.

Anyway, ultimately, they got the infections under control and pulverized the stone, gave me a few weeks for all the sand to pass, then pulled the stent. I was back to “normal,” like it never happened. It felt surreal.

Simultaneously, I had been experiencing problems with running and bicycling for a loooong time. Pain “down there” and leakage. I couldn’t get either issue under control, so I’d given up both activities. The latter issue also made horseback riding unpredictable, although I refused to curtail my horse time. A girl has to have her priorities, and her limits.

Since last spring, I’ve been fighting both issues with Kegels and with a variety of bladder products that are helping. I jogged today, for instance, with no issues, and trail rode in the mountains last week with nary a problem. That’s been a long time in coming.

Back to truth infiltrating fiction: When I first drafted Dime Box, I had Michele experiencing female hormonal issues that had escalated from the story in Fighting for Anna (I’ll humiliate myself some more and write about the tie-in for those someday soon). But after my health scare, on rewrite six-weeks later, her issues expanded into something closer to include what I had just gone through. I won’t spoil the ending, but suffice it to say that Michele should have been listening to the warning signals of her body. And that she endures feeling the unsexiness of the leakage issue, just as she’s embarking on her first relationship since the death of her husband Adrian.

Why would I do this to poor Michele? Because, basically, I try to make my protagonists real women. And what could be more real for a woman than these issues we all go through that are humiliating, uncomfortable, and can be quite serious? We don’t like to talk about them, but man-oh-man can we relate to how difficult they are and how much they can damage our self-esteem. Yet how far into denial we go about them, because they make us feel old and less than vibrant and desirable. In other words, including them helps me beat up on my protagonists by adding an authentic dimension of pressure into their lives at the same time as they juggle relationships, work, and whatever the problem (or dead body) du jour is.

Or, in this case, mostly just like me. LOL.

So, while it isn’t fun for me to disclose this stuff about myself, I think it might help some people. If you’re one of them, here’s some of the remedies I’ve used in battling my down-there problems. We can assume Michele did the same some time after Searching for Dime Box wrapped, too. 😉