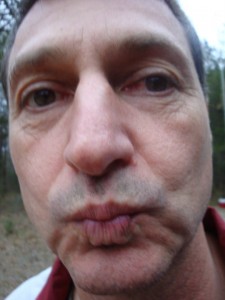 Okay, y’all. You already know I overshare. Sometimes for a laugh, sometimes because I feel it’s important not to keep what might help other people to myself, even if at the expense of Eric’s or my dignity 😉

I’ve been hinting for awhile that I had some new stuff to share that might be a game changer for some women. This is a difficult and embarrassing subject to write about. In fact, you may not want to read it, unless you have had similar issues.

Issues with . . . urinary tract irritation. Because, yep, I have an irritable urinary tract. I AM WARNING YOU NOW, IT GETS WORSE FROM HERE. ABANDON HOPE ALL YE WHO ENTER.

For years, I thought what I had was recurrent, chronic urinary tract infections. I was diagnosed with them over and over. I was prescribed antibiotics so frequently and for such great lengths of time that I actually developed Small Intestine Bacterial Overgrowth (SIBO)  and had to go on a bone broth fast for weeks (because I sure as heck wasn’t taking MORE antibiotics to cure what had been caused by them in the first place, unless diet did not work), and diet restrictions for months. It made me look like I had tucked a water balloon above my belly button and it burned/hurt. It also masked other issues, like diverticulosis, chronic inflammation, and a kidney stone that got stuck in my kidney and tried to kill me. But I digress.

I got all the normal advice about hygiene and before-and-after sex precautions. (This isn’t a post about them, but you can read them here). I consumed cranberry juice. I took probiotics and supplements aimed at the UT. I should own stock in AZO for UT symptoms as much as I consumed.

The shit was depressing. Talk about a mood killer. How’s this for a seduction line: “Hey, honey, wanna make whoopee and pee needles for a week????” And we are famously … fond of each other. Hell, I wrote a damn book about how fond. *Sigh*

When all that didn’t keep me from symptoms whenever Eric so much as looked at me in the bedroom (or on the counter, or in the barn, or you-get-the-picture), I started vast quantities of d-mannose to help me flush myself out. I was already drinking tons of post-sex water, so adding d-mannose wasn’t hard, and it helped.  It didn’t prevent them, but it helped me get rid of them faster.

And I didn’t have interstitial cystitis. Or UTIs.

My natural health and wellness doctor finally figured out what two urologists and a legion of GPs could not: I have allergies. Well, shit, yeah, I know I have allergies—airborne and food, ever-increasing—but what she deduced was that there was a correlation between my allergies and when I had UT problems. The correlation was … is …

Imagine this conversation in the midst of the post-coital afterglow:

He gets up on one elbow, peers closer. “You look like you’ve got a headache.”

She smiles. “Maybe a little one.”

“No, no, no. This is after. Those are only a problem if they’re before, like an excuse.“

He half-teases. The half-serious is naked in his eyes. Of course it is, because what man wants his wife to be allergic to him? “I think you’re allergic to me.”

She gives the answer she wants them both to believe. “HEAVENS NO THAT’S IMPOSSIBLE AND THE FURTHEST THING FROM THE TRUTH.”

To admit that, OMG, my UT is irritable with Eric: blasphemy. But, ultimately, it was inescapable. 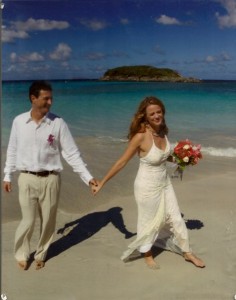 For better or worse or irritable UT?

Luckily, I am not allergic to him. Oh, thank goodness, not to him but to what he eats. Yes, I have developed some pretty severe food allergies, the worst of which is to cow’s dairy products. Guess what his favorite category of food is? Yep. Cow’s dairy. And guess what passes into the blood stream and, um, … (whispering now) … into the semen?

FOR DETAILS AND TO ENTER, VISIT https://pamelafaganhutchins.com/WRITING-RETREATS/

My doctor said there are documented cases of women degenerating to the point of having ANAPHYLACTIC REACTIONS during sex because of food allergies. Well, I don’t want that, so my doc suggested we experiment. “Just try condoms,” she said. Easy for her to say. We threw those out years ago, with glee, when Eric got me a vasectomy for Christmas. 😀 We are in our 50s. I’ve had a hysterectomy. And now she wants us to buy condoms like a couple of teenage kids?

Sigh. So we did. And she was right! It worked. For nine months, I had nary a UT irritation, after I literally had them every.single.time we got friendly. I’m not going to say how often that was, but if I had UT irritation all-the-damn-time you do the math.

But we did not love the barrier method of UT irritation prevention. We deduced that if Eric gave up cow’s dairy, at least mostly, and if I very, very, VERY quickly flushed the irritant out of where he deposited it after we did you-know-what that might mostly work. And if it didn’t work perfectly, I could still drink insane amounts of water with d-mannose.

And you know what? It’s been one additional month, and that’s working, too! If Eric has a sour-cream-and-cheese-Mexican-food-meltdown, we go back to the teenagers-in-the-back-of-a-car method. If he doesn’t, well, we use our new and improved procedures. Woo hoo!

Now, I don’t know about you guys, but until I had this problem (for YEARS) and was ultimately diagnosed with a food allergy reaction to semen, I had no idea the possibility existed. And the problem was impacting my life in a huge way. HUGE. Not just putting a damper on intimacy and causing other health problems, but also so, so many emergency trips to the pharmacy. Once we had to load the horses, break camp, and drive out of the mountains to go find AZO and get antibiotics. It took nearly a full day to get to the pharmacy, but I was by-GAWD getting there.

So if I can help just one other person out there who is having similar issues, then this super embarrassing post was worth it. 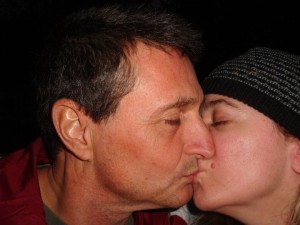