Someone’s Been Sleeping in My Bed: The Story Behind the Story of SICK PUPPY 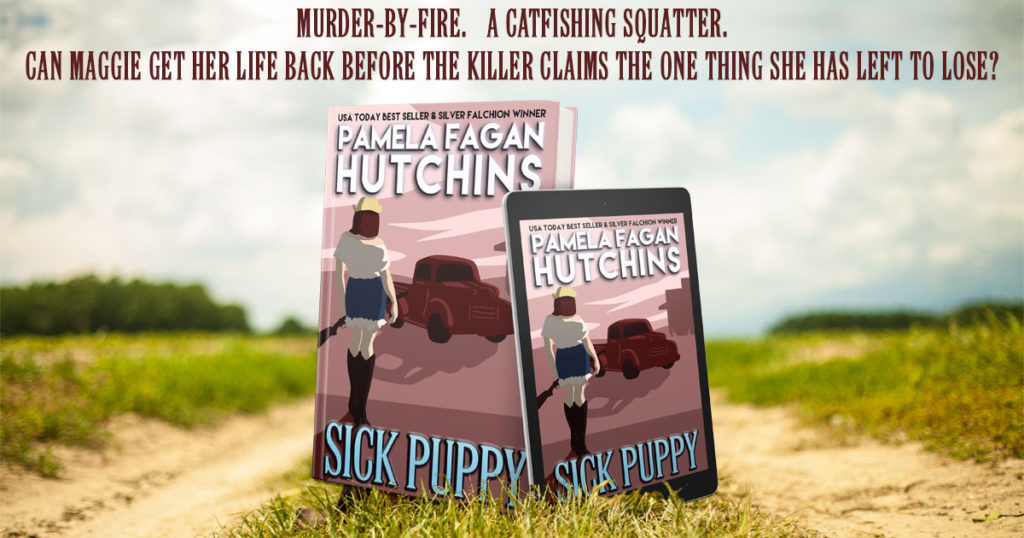 In 2017, Eric and I came to accidentally own a third house, and in 2018, we acquired a fourth abode—an apartment—and realized that our lifestyle had become both exhausting and unsustainable. House One: our lovingly planned “forever” home, Nowheresville. House Two: our first Wyoming cabin, which we planned to sell. House Three: our impulsively purchased “forever” cabin, Snowheresville. Apartment: Eric’s Dallas work nest, where we spend one-third of the time.

We’d been flirting with offering vacation rentals on our three houses off and on for the prior year, but it was time to get serious. Until our “extra” house sold, the houses needed to pay for themselves, or at least for their caretakers when we weren’t using them.

It’s an odd thing, renting a house, then turning around and coming back to sleep in the same bed the strangers did the night before. And not just any bed, but your bed. The one you picked out for yourselves. Sometimes even using the same linens or pillows. And it took some getting used to, especially for my husband Eric. The financial necessity of the situation helped him over the hurdle, though!

Mostly our guests have been fabulous. Some have been remarkably not.

**Hundreds of latex water balloons in the hot tub motor and all through the horse pasture, later, we have a no latex balloon rule. **

Houston peeps, join me at MURDER BY THE BOOK at 4:30 p.m. on Saturday April 27th for the release of SICK PUPPY!

Many have figured out who I am. We suspect some have even booked with us because they’re fascinated by us. Or me. Or us. Other than steal books, none of these have done anything hinky. But a writer’s mind always and automatically goes there. Especially after dealing with a stalker situation (see earlier post “My Life and Privacy as Novel Fodder”).

What if someone came because of me? And what if that person wasn’t nice at all?

Those are the questions that led to SICK PUPPY. Maggie rents her house to a stranger, and things go haywire from there. I really enjoyed writing the book, since it’s so easy to manufacture the creepy in my own mind just by thinking about who’s been in my house and what might have gone on in our absence.

** We lock our own sheets, towels, and pillows in our guest closet, thank you very much, after we came home to what appeared to be candle wax melted into our ruined sheets. **

We now “Air Bnb” most places we go travel to for more than a night or two. Almost all of our experiences are quite nice. But we’ve noticed most people are renting out places that aren’t their homes (we actually enjoy the ones that are homes much more, btw). 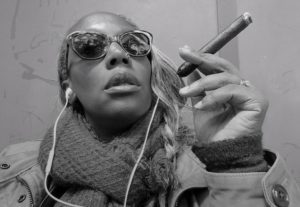 MACK LITTLE DISCUSSES HER “PRIVATE BENJAMIN” STINT IN THE MILITARY AND THE INFLUENCE OF HER PENTECOSTAL UPBRINGING ON HER NEW RELEASE, PROGENIE

We’re renting out our actual places of residence, and we can’t take down all the family pictures or squirrel away every card or memento before people come. Nor even secure every single thing that might get stolen. Or broken.

** Why don’t people just leave a note when they somehow break my husband’s age group award for a five-mile ocean swim? We’re sad, but when you don’t confess, we’re mad. **

It’s an enormous leap of faith with total strangers. While we protect our financial identity, I do worry about people getting too familiar.

For instance, normally, we get texts and emails with livestock selfies. The country element (livestock, fresh eggs in the refrigerator) is a big part of why people choose our Nowheresville, TX place, and it’s possibly my biggest worry–the safety and wellbeing of our pasture animals. Recently, we came home to an immaculate house after a New Year’s rental. But when we went to the barn, we discovered our saddles and horse tack moved around, misassembled, and gone missing.

** We found hoof prints on the trail outside the horse pasture along with fresh manure. **

Nowhere in any of our instructions do we allow people to take our horses out of their pasture, much less to ride them. The potential for injury to the horse is huge, and it exists for humans as well. Plus, it feels so personal. Those are our friends. People took our friends out and put them at risk. Who decides to take out horses and ride them without the owner’s permission? Or even telling the owner they did it? They told us every other move they made at our house along with texted selfies, but they just happened to omit that tiny detail?

I don’t think so.

So…the instructions have been amended again to say that under no circumstances will people ever be allowed to ride my fancy mare Katniss or Eric’s beloved buddy Feathers. Phew. Add that to the long list of things I didn’t think I had to spell out. Like no candle wax. No latex balloons. And so on and so on and so on.

What else would the donkeys, goats, and horses tell us if they could talk? Or, worse, what secrets would we learn from the hot tub or our king size iron tilt mattress bed (oooh, no, I don’t want to know)? We have cameras, lots of them, but not aimed in a way to violate privacy. So I guess we’ll never (hopefully) know.

I won’t spoil SICK PUPPY for you, but let’s just say Maggie probably wishes she’d never had to know either! Grab your copy here: 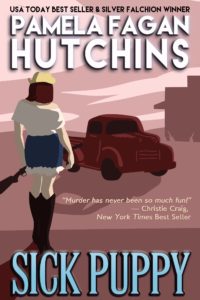 p.s. We sold the third house/cabin! But we’re still renting the other two, when we’re not living in them or throwing writers or readers retreats in them. VRBO just turned out to be too good a deal to give up 🙂