Did you miss it? My new Patrick Flint novel SNAKE OIL released and it and SWITCHBACK are kicking tail. I’m so excited!! And you can pre-order SAWBONES, so it’s awesome to have the first three books in the series out. I can’t wait to hear what you think about it. Please email me and let me know. 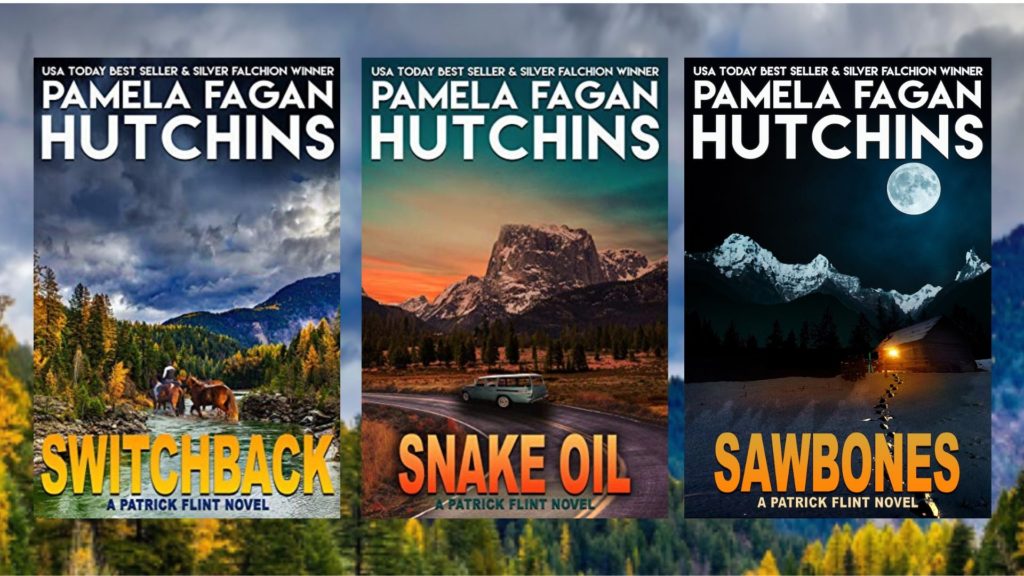 Bonus: I appeared on TELL ME YOUR SECRETS to talk about SNAKE OIL and more…and, yes, I’m wearing a wig and tiara! 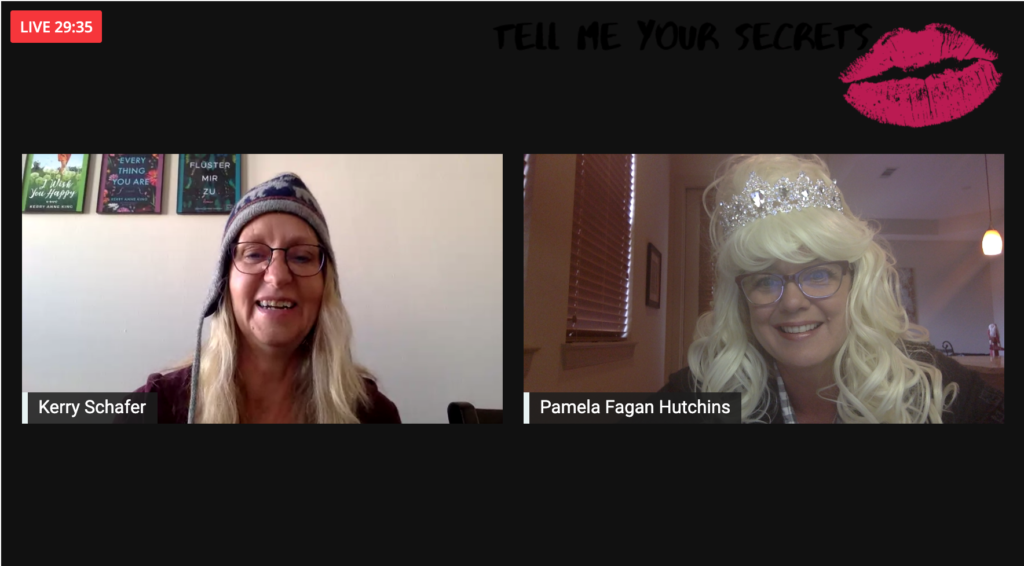 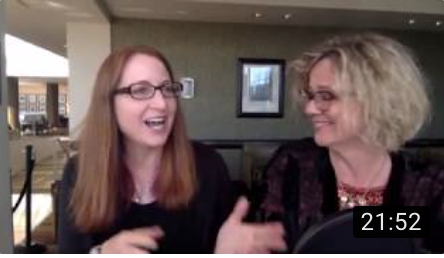 Warning: this is a laugh-until-you cry episode of Wine Women & Writing! Maura Weiler and Pamela Fagan Hutchins make conversation about nuns and Santa Claus side-splitting, if a little irreverent. Maura grew up in Connecticut and earned her BA and MA in English Literature from the University of Notre Dame and the University of Chicago, respectively. She is a former columnist for The Connecticut Post and a trash artist whose work has been featured on NBC Television and in galleries and shows across the country. As Director of Development at Blue Tulip Productions, she helped develop the screenplays for such films as Speed, Twister, The Paperboy, and Minority Report. Contrition is her first novel. 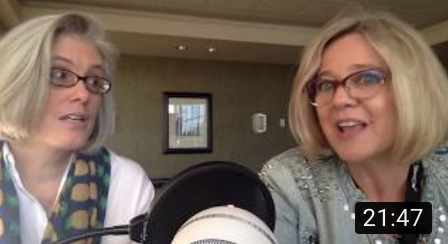 USA Today Bestselling author Amy M. Reade joins Pamela Fagan Hutchins to chat about her new novel, Dead, White, & Blue. Amy writes Gothic, traditional, contemporary, and cozy mysteries. Her standalone novels feature vivid descriptions of exotic and fascinating locations, such as the Thousand Islands region of New York State, Charleston, South Carolina, and the Big Island of Hawaii. Her Malice series explores a family’s secrets and mysteries set against the breathtaking backdrops of Scotland and Wales. Her Juniper Junction Holiday Mysteries is a cozy series set in Colorado and her Libraries of the World Mysteries takes her main character around the world solving mysteries based in different well-known libraries.

At the Girlfriends’ Weekend

Oh em gee. This was my first year to be honored as a Pulpwood Queens Author. My LIVE WIRE is one of their March picks for their 750+ chapters of book clubs to choose from. Huge thanks to Kathy L. Murphy, their visionary and founder, who made this possible for me. As a result, I was invited to their mega Girlfriends’ Weekend in Jefferson, Texas, and told to bring animal print and tiaras. It was amazing. Here are some highlights in pictures: 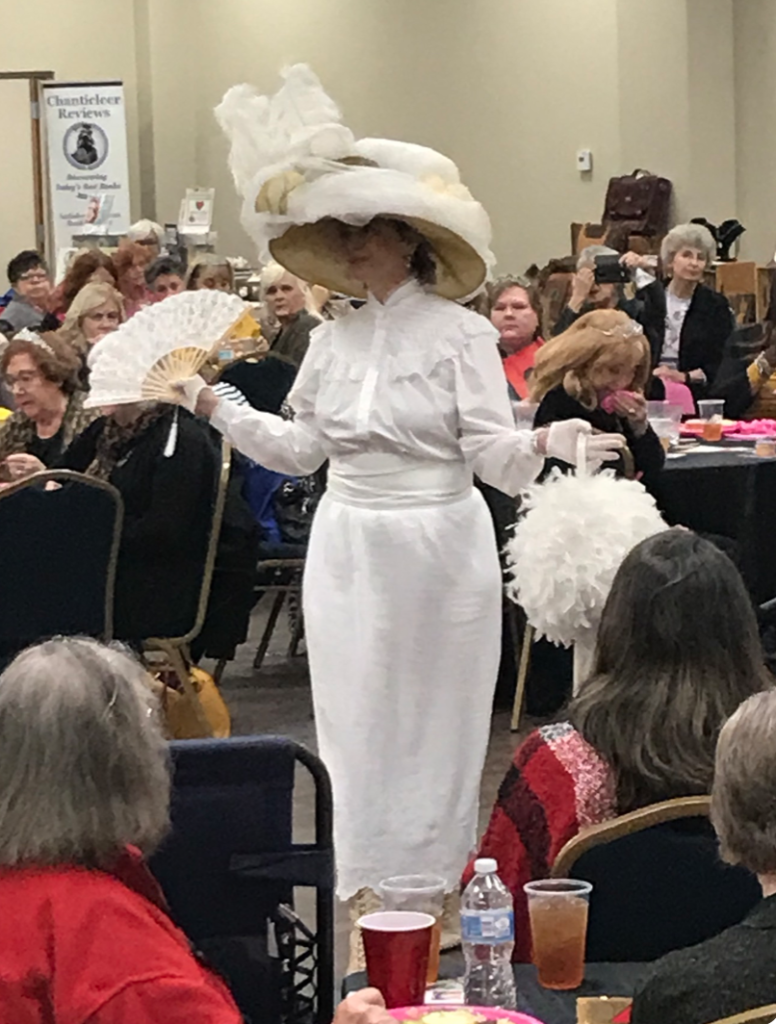 Looking like a suffragette (or Mary Poppins) in the History of Women’s Fashions show. I represented 1900. 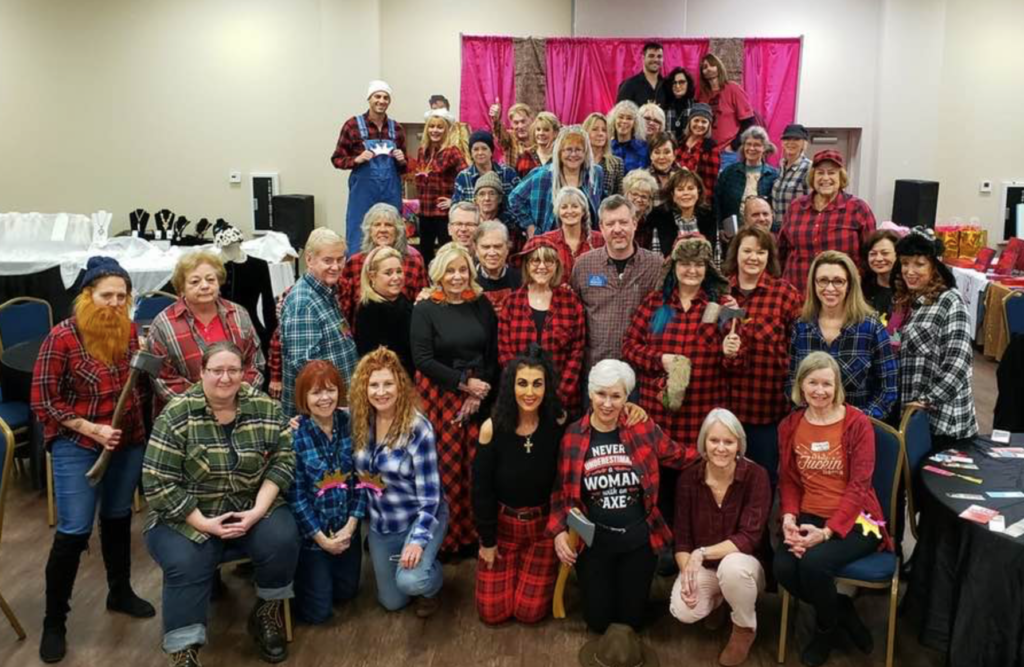 Dressed as Lumberjacks, here we are (Pulpwood Queens authors) with Kathy, before we waited tables for the book club members.

An impromptu celebration of Snake Oil’s release with my pals Reavis Z. Wortham and Kristine Hall. 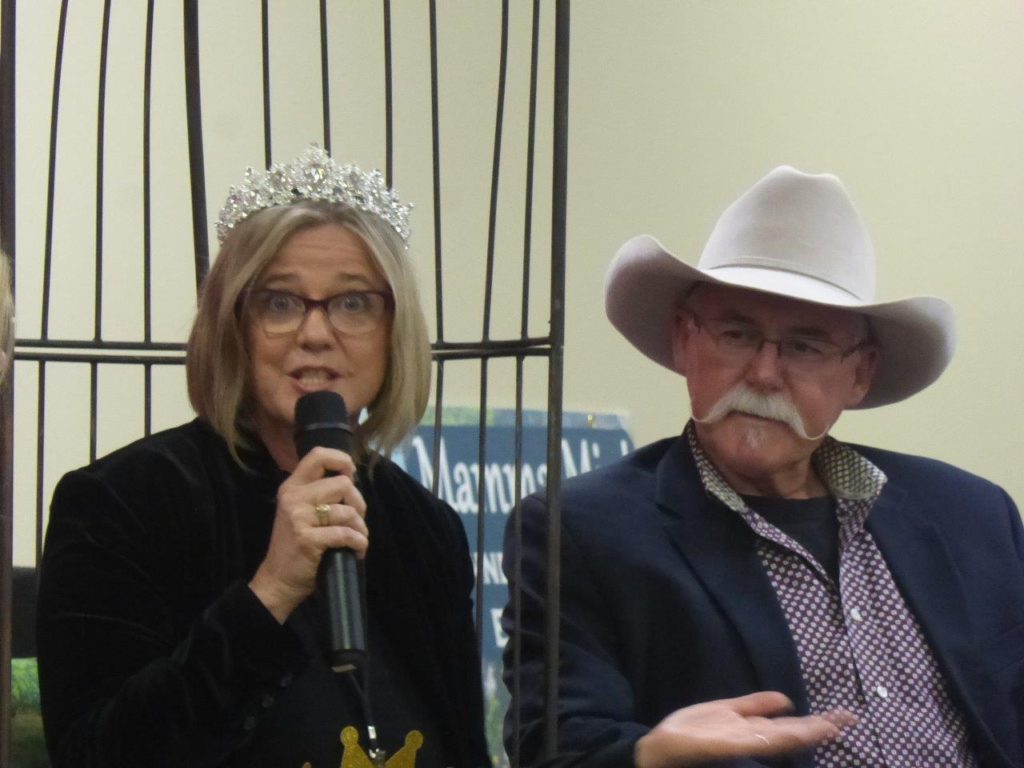 Reavis moderated a panel I was on. Here’s our close-up. 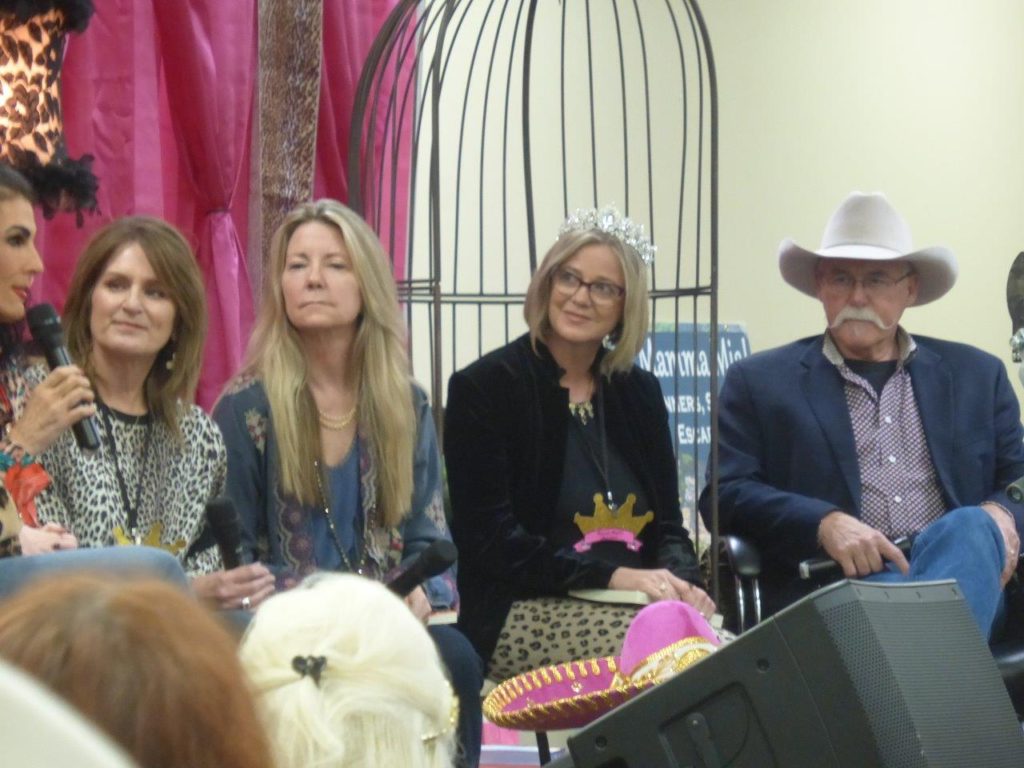 And here we are with Claire Fullerton, Shellie Tomlinson, and Stephanie Chance. 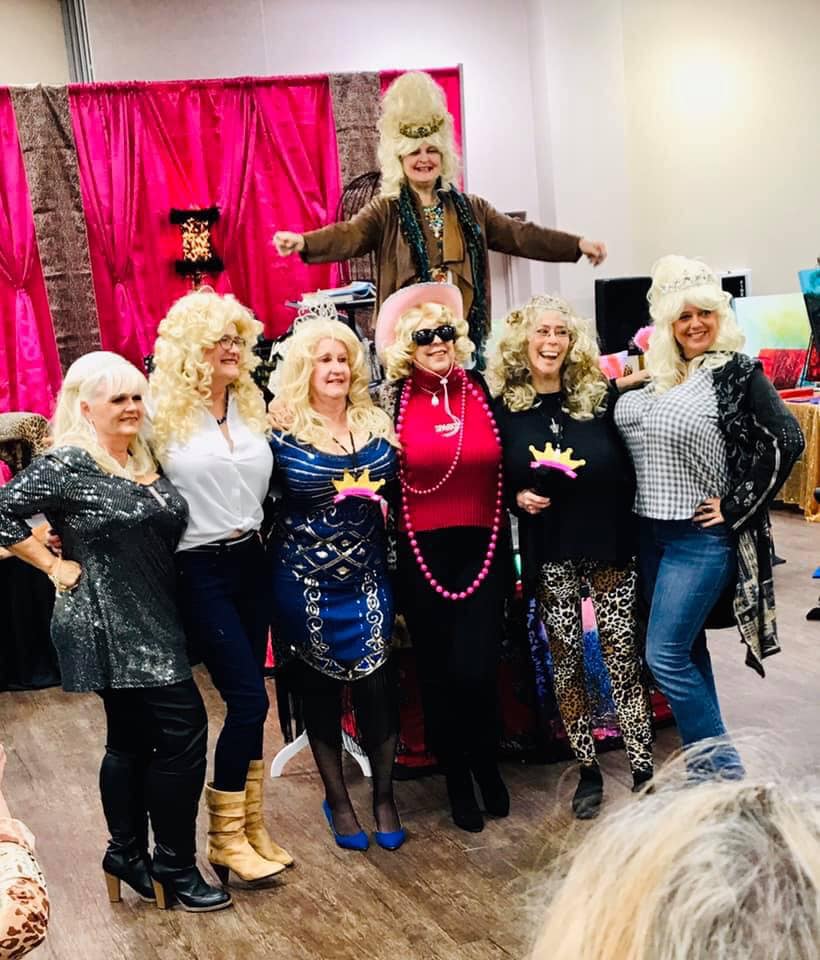 Look at the Dolly Parton lookalike costume participants closely and you’ll see someone on the far right that you recognize. And that’s Kathy up top! 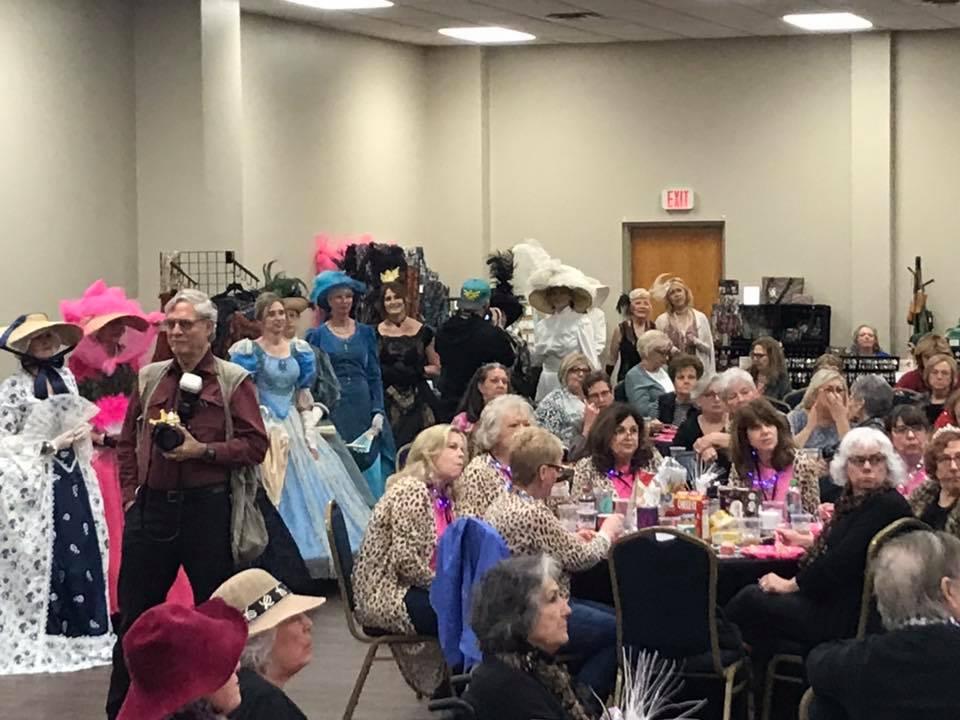 Some of the other costumes in the fashion show. 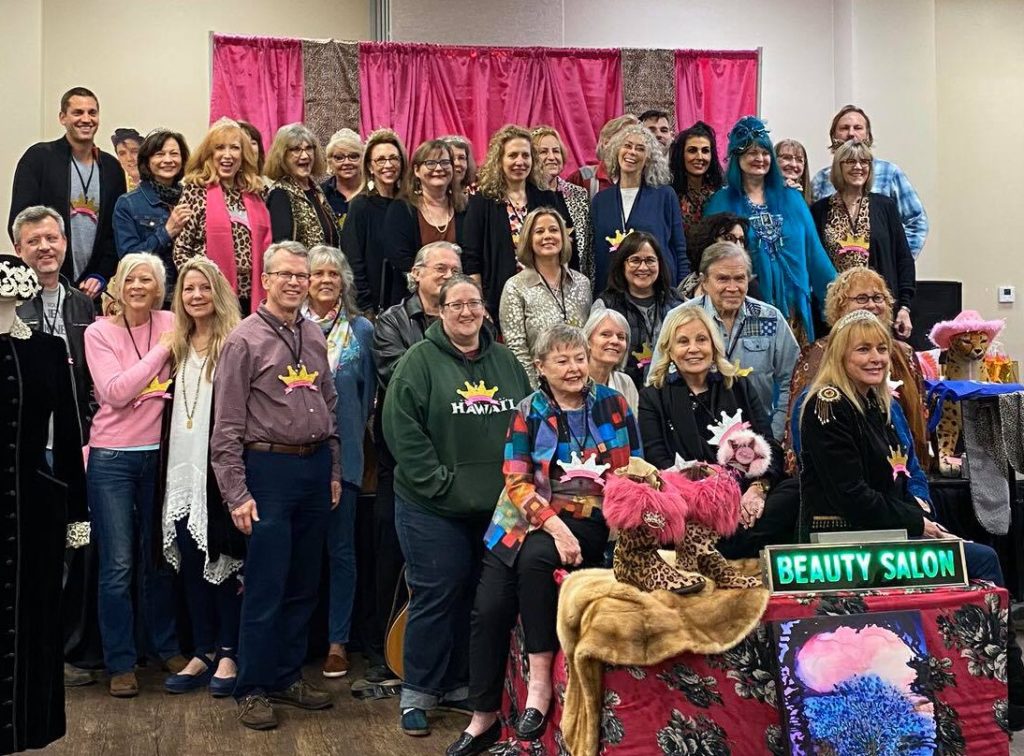 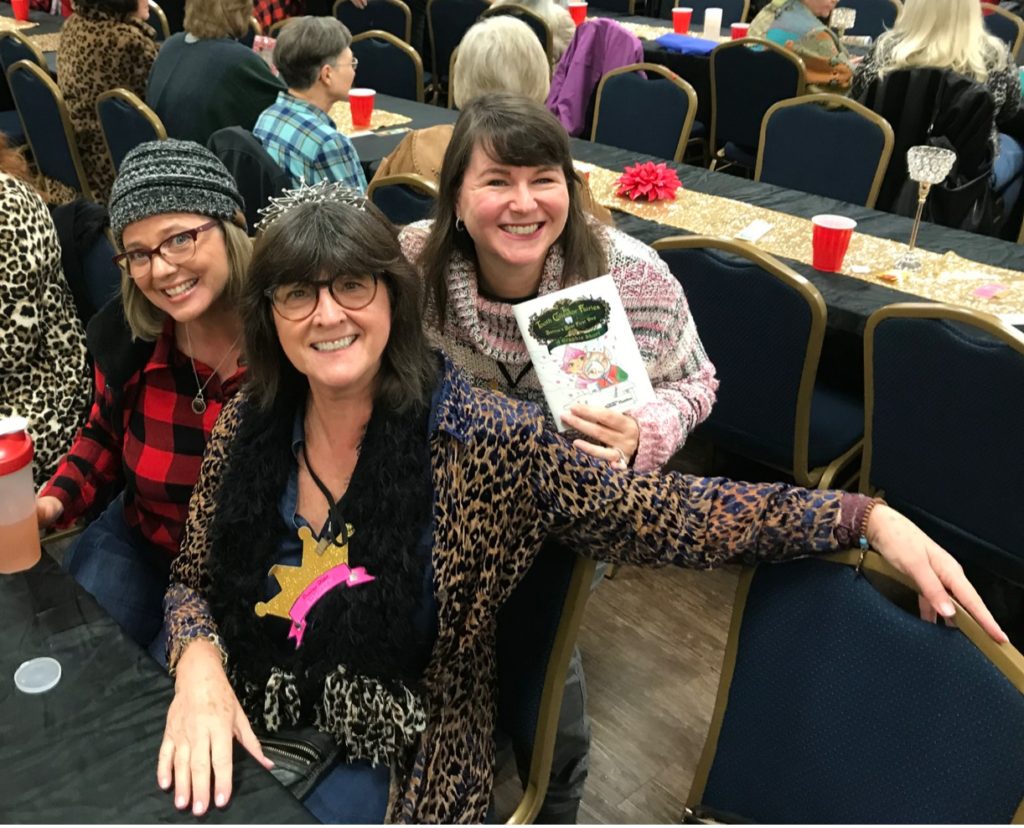 My my friends Denise Ditto Satterfield and Kristine Hall. 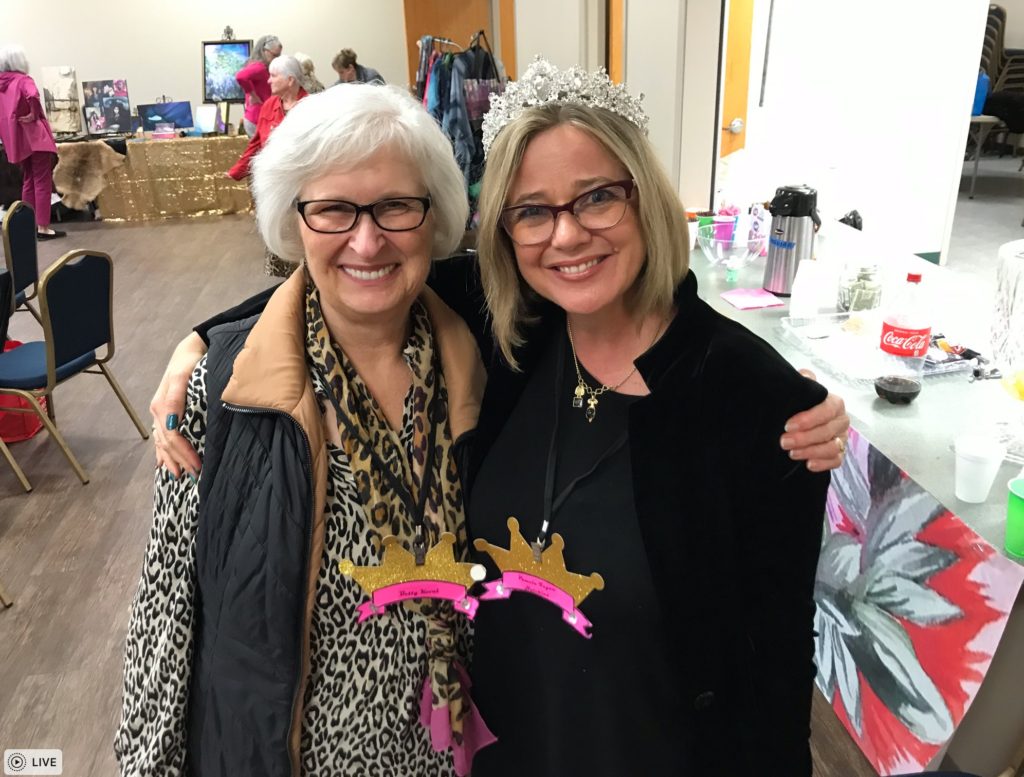 With my friend Betty Hunt Koval.

Well, through all the madness of book release and Pulpwood Queens, I still managed to do my day job, ha. SAWBONES is flying onto the page, and my Patrick Flint ads (featuring Eric!) are killing it. I am so energized with this new year. Woo hoo!

That’s all I’ve got today.