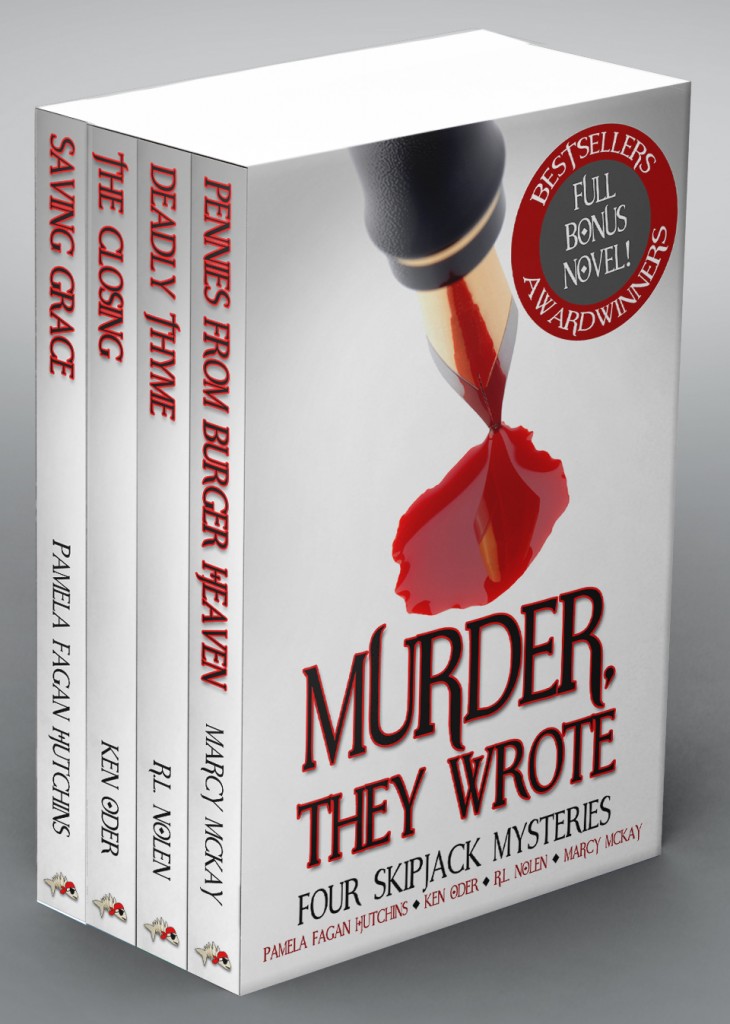 Saving Grace (What Doesn’t Kill You, #1): A Katie Romantic Mystery by USA Best Book Award-Winner Pamela Fagan Hutchins kicks the What Doesn't Kill You series off with voodoo, laughs, and suspense.
Katie Connell is a high-strung attorney whose sloppy drinking habits and stunted love life collide hilariously during a doomed celebrity case in Dallas. She flees Texas for the Caribbean and escapes professional humiliation, a broken heart, and a wicked Bloody Mary habit, but ends up trading one set of problems for another when she begins to investigate the suspicious deaths of her parents on the island of St. Marcos. She’s bewitched by the voodoo spirit of an abandoned house in the rainforest and discovers that she’s as much a danger to herself as the island’s bad guys are.

The Closing, the first Whippoorwill Hollow novel by Ken Oder, is a 2014 Foreword Reviews INDIEFAB Book of the Year Awards Finalist
When two men meet in a maximum security visitation room on May 5, 1968, they have only one thing in common: they both want their lives back. On one side of the window sits Kenneth Deatherage, sentenced to death for the brutal rape and murder of a young woman. On the other side is Nate Abbitt, a successful prosecutor until he drank his way through a midlife crisis.

Nate's only path to redemption is to represent Deatherage on appeal, but his investigation soon uncovers hints of corruption in the county justice system, and Nate finds himself accused of murder by the same forces that convicted his client. As Nate risks his life - and several others - in the fight to clear his name, he makes the nasty discovery that he and his client have much more in common than he'd like to admit.

Deadly Thyme by R. L. Nolen is a riveting thriller set in a deceptively sleepy seaside village.
When Ruth Butler escaped Texas for a sleepy seaside village in the south of England, it was to rescue her infant daughter from the perverted demon she’d married. But after ten peaceful years in Perrins Point, her daughter Annie disappears.

Not far away, a madman has been trying in vain to turn back time. When Ruth turns out to be a dead ringer for his mother, the voices in his head haunt him day and night. The only way to stop his mother’s nagging is to kill her all over again.

Ruth must rely on her instincts and the ally she finds in an undercover detective who’s in town on unrelated business, but neither can search for Annie’s kidnapper openly. Ruth could be deported for living under an alias and Detective Inspector Jon Graham would blow his cover. Nevertheless, the trail leads from a faceless body in Annie’s clothes to a smugglers’ cave, where the killer drains his victims’ blood an ounce at a time. But he’s got a special purpose for little Annie. He is patient. He will wait—until her mother comes to save her.

Copper Daniels will steal your heart, then break it in two, in Pennies from Burger Heaven by Marcy McKay, her first Burger Heaven novel.
Eleven-year-old Copper Daniels is homeless and alone. She spends her nights sleeping beneath the cemetery’s Warrior Angel statue for protection, and her days battling the mean streets of Remington, Texas, hell-bent on discovering what happened the night her Mama disappeared. While Copper and her rag-tag group of friends find danger at every corner, two horrors are certain: her Mama’s really missing and someone’s after Copper, too.

In the tradition of The Lovely Bones and Room, Pennies from Burger Heaven tells a dark story through the eyes of a child.