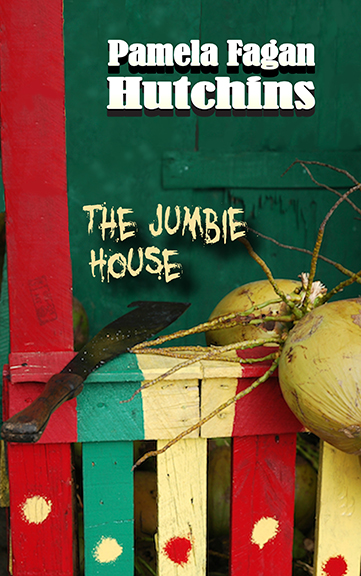 The Jumbie House, an eBook short story, is an outtake from Leaving Annalise (What Doesn't Kill You, #2): A Katie Romantic Mystery in the award-winning, best-selling romantic mystery series, and contains details not available in the book version!

In the wake of a hurricane, Katie and her new husband prepare to leave St. Marcos--and the jumbie house Annalise--for good. Annalise is none too pleased, and Katie's heart's not in it either. It seems as if all the forces of heaven and earth have aligned to stop Katie from leaving, with even Annalise turning her back when Katie needs her most.

See why Pamela has won contest after contest.

>>> Once Upon A Romance Calls Hutchins an "up and coming powerhouse writer."

>>> If you like Sandra Brown or Janet Evanovich, you will love Pamela Fagan Hutchins. A former attorney and native Texan, Pamela lived in the U.S. Virgin Islands for nearly ten years. She refuses to admit to taking notes for this series during that time.

“A riveting drama with plenty of twists and turns for an exciting read, highly recommended.” — Small Press Bookwatch

“An exciting tale that combines twisting investigative and legal subplots with a character seeking redemption. An exhilarating mystery with a touch of voodoo.” — Midwest Book Review MBR Bookwatch

>>> Don't worry--there's more What Doesn't Kill You where The Jumbie House came from!