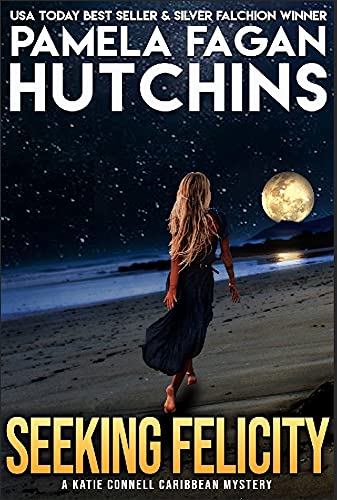 The long-awaited 4th installment in the Katie Connell romantic Caribbean mystery series brings back certified hot mess Katie, her sexy husband Nick, her jumbie house Annalise, and the rest of the gang for an exotic, suspense-filled island thriller with plenty of laughs and all the feels.

“Katie is the first character I have absolutely fallen in love with since Stephanie Plum!” — Stephanie Swindell, Bookstore Owner

Katie Connell has swapped the practice of law in Texas for an exotic Caribbean home, three young kids, and a partnership with her husband Nick Kovacs in their investigations company, not without friction between the newlyweds, however. Katie believes it’s nothing a belated clothing-optional, room service-mandatory honeymoon can’t fix, but before the duo can board a plane to St. Bart’s, they must make a command appearance at the beachside house party of their wealthy client, Fran Nelson, an island matriarch. Unfortunately, Fran’s husband, Chuck—a successful builder who some call the Don Corleone of St. Marcos—grabs Katie’s tush. She puts him in his place in front of his guests, then finds him dead only minutes later.

The sloppy-at best, corrupt-at worst island police like Katie for the crime, despite Chuck’s long list of enemies, including a seriously pissed off Carib jumbie spirit. She and Nick are forced to shelve their honeymoon plans, only to have Nick drawn away to Texas with his seriously ill father. Flying solo and fighting for her freedom, Katie is determined to catch a killer whose sights, like those of the cops, are set squarely on her.

The Katie books have over 5000 reviews and a 4.5-star average. Available in digital, print, and audiobook.

Seeking Felicity is the fourth standalone book in the Katie Connell romantic Caribbean mystery series, part of the What Doesn’t Kill You superseries.

Once Upon A Romance calls Hutchins an “up-and-coming powerhouse writer.” If you like Sandra Brown or Janet Evanovich, you will love USA Today Best Seller Pamela Fagan Hutchins. A former attorney and native Texan, Pamela lived in the U.S. Virgin Islands for nearly ten years. She refuses to admit to taking notes for this series during that time.

What Amazon readers are saying about the What Doesn’t Kill You Mysteries:

“Unputdownable.”
“Fair warning: clear your calendar before you pick it up because you won’t be able to put it down.”
“Hutchins is a master of tension.”
“Intriguing mystery . . . captivating romance.”
“Everything shines: the plot, the characters and the writing. Readers are in for a real treat.”
“Immediately hooked.”
“Spellbinding.”
“Fast-paced mystery.”
“Can’t put it down.”
“Entertaining, complex, and thought-provoking.”
“Murder has never been so much fun!”
“You’re guaranteed to love the ride!”

Buy Seeking Felicity today for a humorous mystery you can’t put down!

Preview
Share
Facebook Twitter Google+
Disclosure of Material Connection: Some of the links in the page above are "affiliate links." This means if you click on the link and purchase the item, I will receive an affiliate commission. I am disclosing this in accordance with the Federal Trade Commission's 16 CFR, Part 255: "Guides Concerning the Use of Endorsements and Testimonials in Advertising."